Home Champions Cup The short side: Down to the final eight 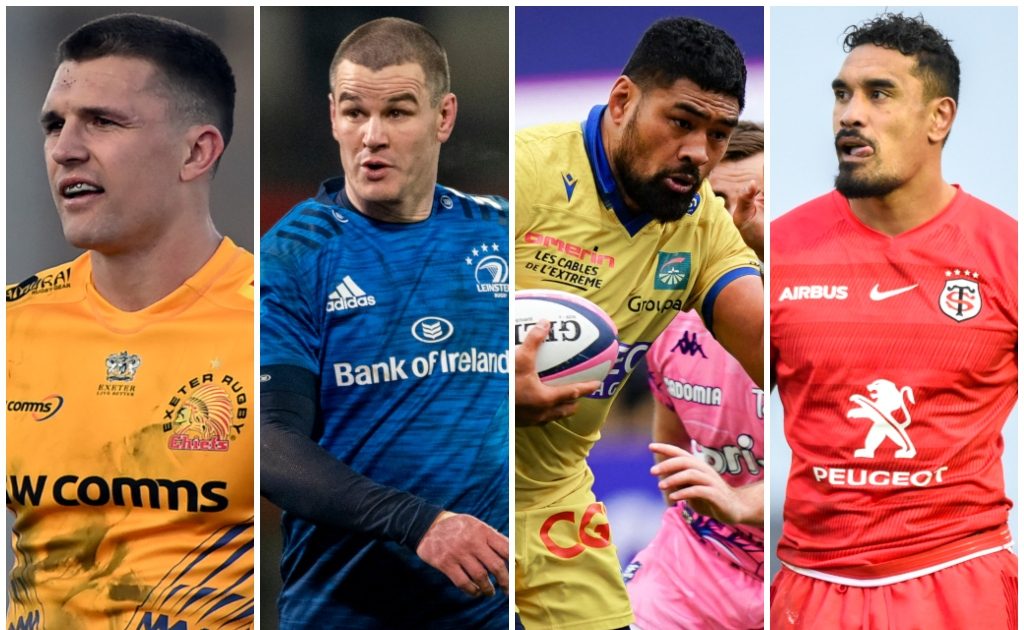 The short side returns to Planet Rugby as we study the major talking points ahead of this weekend’s action in the European Champions Cup and Challenge Cup.

Leinster will be looking to avoid crashing out to English opposition for the third straight year as they travel to Exeter to face the Chiefs at Sandy Park.

Leo Cullen’s men were ousted from the competition by Saracens in the previous two years and their task doesn’t get any easier as they face the defending European and Premiership champions.

Leinster will be flying the PRO14 flag this weekend after the Scarlets, Munster and Edinburgh all succumbed in the last-16, while Cullen’s men will hope to make it a second European/league double in the last four seasons.

As for the Chiefs, they come into this game on a high after winning four of their last five, including last weekend’s blowout triumph over Lyon. Exeter successfully overcame an early 14-0 deficit to book a date with destiny against the four-time winners.

Rob Baxter spoke of his team needing to be “10 per cent better” and that is certainly the case, but they will no doubt be better for the match they had in the round-of-16. However, if Exeter give Saturday’s opponents a cheap lead once again then it will likely spell the end of the club’s Champions Cup defence.

The Devonians should have the edge this weekend, particularly with them being at home, but it will be a tight and full-blooded encounter.

Clermont and Toulouse could very well be the match of the quarter-finals as two teams in the Top 14 play-off places square off in France.

However, if Les Jaunards are to emerge victorious on Sunday they will have to find a way to shutdown arguably the world’s best half-back combination in club rugby in Antoine Dupont and Romain Ntamack.

For the majority of the afternoon at Thomond Park, Ntamack expertly controlled the game with his boot and contributed 20 points from the tee. Meanwhile, Dupont regularly toyed with his opponent as he grabbed two tries and broke through a strong Munster defensive line at will.

However, Toulouse’s threats aren’t just simply those two, with the club boasting two speedsters on the wing who are significant threats with ball in hand. In particular, Cheslin Kolbe is one of the best in the world and slowing down him and youngster Matthis Lebel will be easier said than done, but something that Clermont will need to do.

The player known as the ‘Demolition Man’ was at his very best last weekend as his superb display was instrumental in guiding La Rochelle to victory against Gloucester.

Botia is arguably the best hybrid player in world rugby and is equally adept at centre or at flanker – the position he starred in when they finished at the top of the French league in 2017.

However, the midfield is where the 32-year-old has generally settled on in recent times and his battle with Sale Sharks powerhouse Rohan Janse van Rensburg is an enticing match-up. The gain line battle will be crucial but, even if the Sharks are able to punch holes in the hosts’ defence, Botia’s outstanding ability at the breakdown could stop the visitors in their tracks and tilt the balance in their favour.

He discusses mindset, style of play and coaching the likes of Levani Botia ✨#HeinekenChampionsCup pic.twitter.com/5aI2t3euXL

Two of the best number eights in the Top 14 face off as Fritz Lee and Jerome Kaino go head-to-head this weekend as Toulouse travel to Clermont.

Kaino will be looking to end his career with a bang as he attempts to win the Champions Cup for the first time in his career, but will need to be at his very best if he is to beat one of the best ball carrying eights currently in Europe.

Both are terrific in attack, excellent at the breakdown and have exemplary work rates. Despite the duo being towards the back end of their careers, they will be determined to win Europe’s top prize before eventually hanging up their boots.

After that clinical performance are they among the #HeinekenChampionsCup favourites? pic.twitter.com/jhBGKpb5bC

Throughout the 2020/21 Champions Cup, the competition has been affected by coronavirus. The final two rounds of the group stages were cancelled as the French government imposed stricter measures on travelling to and from Britain. And last weekend Leinster’s much-anticipated encounter against Toulon was called off after the French team had a positive test.

Hopefully that will be the final time this tournament has Covid-related issues, primarily because we obviously want everyone to remain in good health, but also due to the fact that it would make the latter stages of the tournament an absolute farce. The EPCR have already received plenty of criticism this season and any more positive tests would increase the pressure further on the governing body.

🗣️ "It’s disgusting, the player tested positive on Wednesday and immediately isolated. The EPCR was immediately informed, but let us go to Dublin."

In the Challenge Cup this weekend, Bath kick-off the weekend’s action when they host London Irish at the Rec before Leicester Tigers take on Newcastle Falcons on Saturday in the other all-English tie.

In the later matches, Montpellier face Benetton while Ulster will look to defeat another Premiership side in this competition when the Irish province make the trip to Northampton to face the Saints at Franklin’s Gardens.