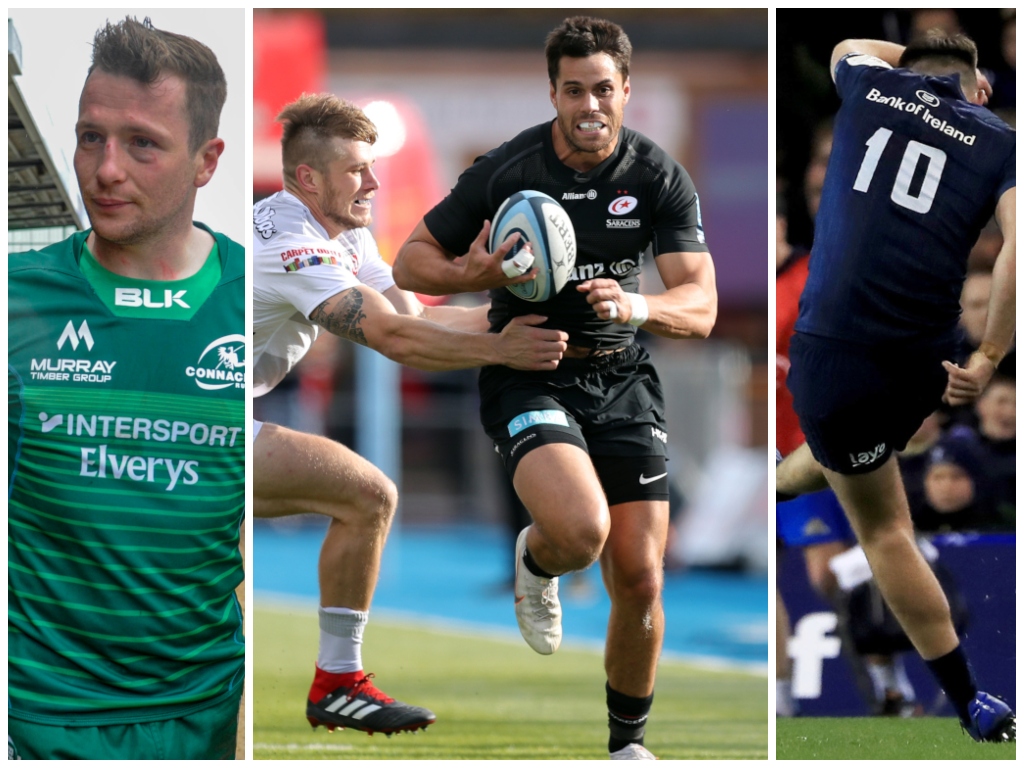 The short side returns to Planet Rugby as we study the main talking points ahead of this weekend’s action in the Premiership, PRO14 and Top 14.

It is, for now at least, bottom versus top as Bath host early leaders Northampton at the Rec. The league, with the World Cup players yet to all return, has not quite settled down into a pattern, while the points deduction for Saracens – pending an appeal – will add another interesting subplot to this year’s championship.

What is clear, however, is that the West Countrymen will not be happy with their start to the campaign. Stuart Hooper’s men were one of the teams to be heavily hit by the global tournament, while injuries have also been a factor early on, but it is not really a significant excuse for the big-spending outfit.

The performance in the opening round when they succumbed to Bristol was abysmal and, although they recovered to overcome an under par Exeter Chiefs, they followed that up with a defeat at Wasps.

This encounter, against an improving Saints side, is therefore a real test of their credentials. Chris Boyd’s charges have played some outstanding rugby in the early weeks of the campaign and will be full of confidence going to the Rec following three successive victories.

Bath are a club, having seen owner Bruce Craig invest big money, which continually expect to be challenging around the top-four but, at the moment, it is Northampton that look like true contenders and another victory would be hugely impressive heading into the European break.

Although the PRO14 is still in its early stages, the form of the teams from the Emerald Isle have been impressive and the duel between these two sides at Thomond Park promises to be an entertaining affair. Both have hit the ground running this season and are amongst the pacesetters in their respective divisions with Munster leading the way in Conference B and Ulster impressing in second position – behind Leinster – in Conference A.

These teams have played five matches apiece in the PRO14 and both have suffered only one defeat so far during the 2019/20 season, and they were to the same team; the Cheetahs. Ulster suffered a humiliating 63-26 away loss to the men from Bloemfotein in Round Two and the following weekend Munster met the same fate as they were beaten 40-16 at the same venue.

Adding spice to this fixture is the fact that both teams are set to be boosted by their returning Rugby World Cup stars. The last three fixtures between these rivals have been evenly split with the sides registering a win apiece and there was also a draw, although Munster notched a record 64-7 victory over their Northern Irish rivals at Thomond Park last season. Ulster, however, have won their last two matches against fellow Irish provinces and were the last team to deny Munster a win at Thomond Park after securing a 24-24 draw in April 2018.

They have won five Premiership trophies and three Champions Cup titles over the past eight years, but it was confirmed on Tuesday that some of those championships were secured after breaching the salary cap. Following an investigation into their financial dealings between 2016 and 2019, they were duly punished to the tune of £5million and 35 points.

Of course, an appeal is pending and that may alter the outcome, but it is currently an uncertain time for the club. It is obviously not the news the likes of Owen Farrell and Maro Itoje wanted to hear following their devastating defeat to South Africa in the World Cup final, so it will be intriguing to see how they all react.

Those Red Rose stars will not be involved in this weekend’s game against Gloucester but they will be watching with interest at Kingsholm. Should the punishment be upheld, Sarries have a lot of work to do to stave off any threat of relegation and they need to start picking up points immediately.

Facing the Cherry and Whites is not the easiest place to open, however, and the Shed will revel in Tuesday’s decision. The players will no doubt receive plenty of flak from the home supporters and it is vital they remain composed and focused, otherwise a club renowned for its culture could begin to unravel.

"Most of us have had suspicions for a while."

"What the point in having a cap if everyone isn't working within it?"

"We've found out the most successful team in English history have cheated."

The ambitious Sharks may have not quite fired in the league yet, despite their dominant 41-7 triumph over London Irish in Round Two, but the hooker has proven to be an excellent addition. Van der Merwe was outstanding in the Premiership Rugby Cup as Sale qualified for the semi-finals and the South African has continued that form over the past three weeks.

Although the Greater Manchester outfit have suffered two defeats in the Premiership, the front-rower has been superb. His set-piece work has been solid, setting a stable platform in both the lineout and the scrum, and the 28-year-old has really added value in the loose. The three-times capped Springbok representative set up their opening try of the season against Gloucester with a barnstorming run and that explosiveness has been evident throughout his stint in England so far.

🦈 A missed kick away from a @SaleSharksRugby victory… 🦈

Sale will finish ____ this season.

An intriguing contest awaits on Friday as two Ireland hopefuls go head-to-head in Galway. It remains to be seen how long Johnny Sexton will continue for but, with the 88-times capped Irishman now in his mid-30s and struggling with more and more injuries, the door will surely open for one of these two players at some point over the next year.

While Munster’s Joey Carbery is highly-rated, Carty and Byrne certainly add a bit more control in the fly-half position, as well as a slightly better kicking game. The Connacht pivot was the playmaker favoured by Joe Schmidt at the World Cup and showed glimpses of his quality during the global tournament, but Byrne will want to prove a point. The 24-year-old missed out on selection for Japan and a good performance against a direct rival will help his chances of being involved in the Six Nations.

The Top 14 resumes this weekend after a two-week break and all eyes will be on the Stade Jean-Bouin on Sunday where Stade Français host Racing 92 in what should be a thrilling Parisian derby. As two of the traditional heavyweights of the French game, there is usually plenty of interest in this match, but this weekend’s showdown has extra significance as these famous clubs head into their encounter as the bottom-placed sides in the competition.

Stade can ill-afford a defeat as they are firmly rooted to the foot of the table, with just nine points amassed from their eight previous matches, while Racing have fared little better and are in 13th position with 13 points after the same number of games.

In a tightly contested Premiership so far, Exeter Chiefs, who have yet to truly impress, take on second place Bristol in a West Country derby on Sunday, while at the bottom it is 10th v 11th as newly-promoted London host struggling Leicester Tigers. There is also an interesting game on Friday where Sale Sharks face Wasps with both looking for their second victory of the season.

Elsewhere, the PRO14 sees the other teams hoping to make up ground on the Irish sides. With those provinces taking points off each other, it provides the Scarlets, Edinburgh and Cheetahs with an opportunity to potentially move themselves into the top-two of their respective conferences. The Llanelli-based region and Scottish outfit have home matches against Benetton and Dragons respectively, while the South Africans visit the Cardiff Blues.

In the Top 14, leaders Lyon suffered their first defeat of the campaign last time out, but they have a chance to get back on track against La Rochelle on Sunday. Pierre Mignoni’s men are joined in the top-two by Bordeaux-Begles and they go head-to-head with Agen on Saturday, while surprise package Bayonne, who reside in third place, take on Pau.