Home Features The short side: Derbies, duels and disruption 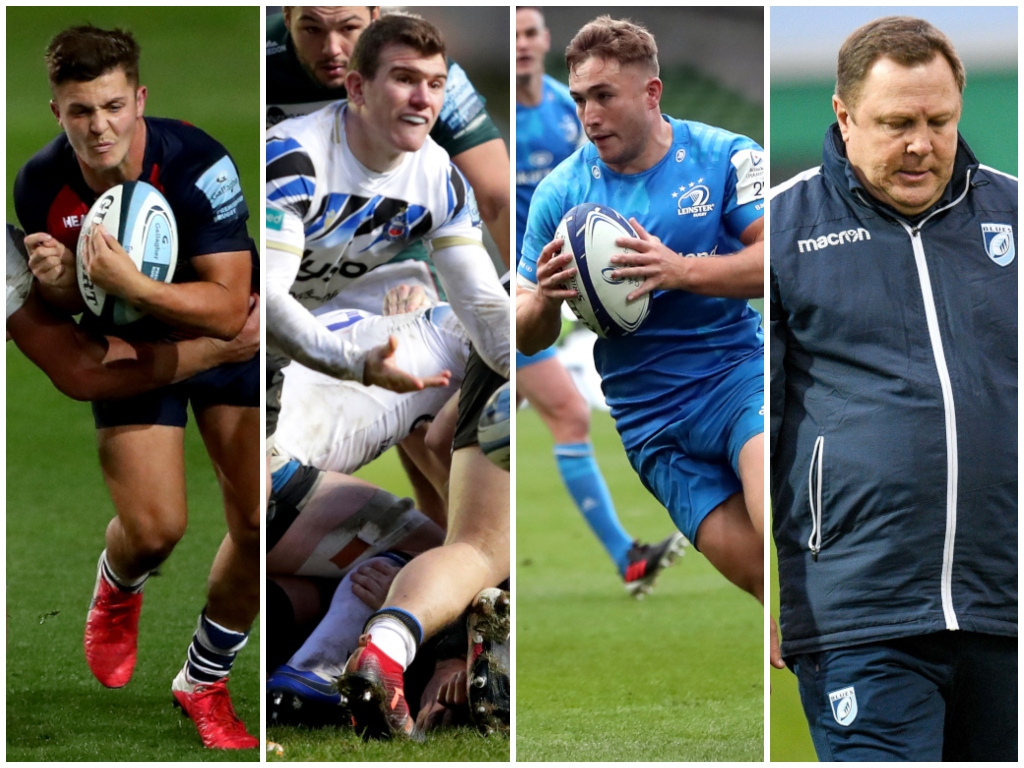 The top two sides in England go head-to-head in the West Country derby as the Premiership and Champions Cup winners host the Challenge Cup victors at Sandy Park.

Both have come from relative obscurity to establish themselves as among the best in Europe and are now being rewarded for their patience, culture and, in Bristol’s case, pure financial weight.

Only 10 years ago, Exeter were relative newbies to the top-tier but they have gradually built a hugely impressive club, culminating in their double success last season.

As for the Bears, their story is slightly different. Ambitious and well backed by billionaire Steve Lansdown, they have had grand ambitions for a long time, but they struggled to actually get promoted to the Premiership and stay there.

Enter Pat Lam, who managed to achieve that over successive years before helping them to third place in the league and victory in a European final.

With Lansdown’s money bringing in some of the best players from around the world, including Charles Piutau, Semi Radradra and Steven Luatua, they could well be Exeter’s closest challengers this season.

Lam has combined those stars with some less heralded players to produce a team which is both thrilling to watch and solid in the basics of the game. They were hampered by injuries early on in 2020/21 but, with the majority of those individuals returning, Bristol are well set to test the defending champions on Saturday.

The Chiefs were shocked by Wasps last weekend, going down 34-5 to Lee Blackett’s men, but the Devonians were without a number of internationals for that encounter.

With director of rugby Rob Baxter being boosted by those returnees, it sets up a mouth-watering clash between two teams who like to play attacking rugby.

Exeter may well get plenty of criticism for their style but their exploits when they get to within five metres out should not detract from their build-up play. They, like the Bears, prefer to shift the ball wide and, providing the weather holds, it should be a thriller.

What a match to kick off the PRO14 weekend as a wounded Leinster side look to get right back on the horse when they host an in-form Ulster outfit at the RDS.

Leinster’s remarkable 26-game winning streak was finally brought to a halt last week when Connacht won at this very ground in a dazzling display on the road. There is no doubt Leo Cullen’s men will be smarting after that result and an unbeaten Ulster are set to feel the full force of their anger on Friday evening.

Leinster have rolled out a XV bulging with international talent and while Ulster are bolstered by the return to fitness of Marcell Coetzee, this will be the toughest test of their season so far as they look to make it a superb 11 triumphs out of 11, a result that would further extend their lead atop Conference A.

Good news for the neutral is there’s talent aplenty on show from both teams which only adds to the spectacle in what should be a thrilling showdown in Dublin. These two title contenders will look to not only go into the PRO14 break on a positive note but also send a message to Ireland head coach Andy Farrell of their claims to start in the fast-approaching Six Nations. We can’t wait for this clash and just feel Leinster are too good a side to lose two games on the bounce.

In a boost to Irish rugby, their talented young back three player will return to the field when Leinster take on Ulster this weekend. Having suffered a dislocated shoulder in October, ruling him out of the Autumn Nations Cup, Larmour was due to miss four months, putting him in doubt for the start of the 2021 Six Nations.

That would have been a blow to Andy Farrell, who unsuccessfully trialled Jacob Stockdale at full-back during the recent international period, but the 23-year-old has now returned earlier than expected.

It is a significant fillip for the under pressure head coach and puts the Leinster man in contention for the upcoming tournament. Farrell will no doubt like to see Larmour find some form before then, however, and it starts on Friday when they face rivals Ulster.

Interestingly, the 24-times capped Ireland representative starts on the wing, with Hugo Keenan taking his place at full-back, and he is opposite another youngster in the shape of Ethan McIlroy. Stockdale limped out of Ulster’s victory over Munster, which means we won’t get a showdown between two of the best in Europe, but it will still be intriguing to watch the progress of Larmour on Friday in his first game back.

Speaking of Six Nations auditions, there could well be another going on at the Recreation Ground on Friday when Spencer and Robson clash in Bath versus Wasps.

For reasons we can’t comprehend Spencer has been out in the cold for England in recent years and, despite shining since his move from Saracens, there’s still no long-term place in the Test squad, with the experienced Ben Youngs, Willi Heinz, Robson and Richard Wigglesworth preferred by Eddie Jones in the past.

Surely his time will come in the future but when remains a nagging question as we’re regularly impressed with his performances, with the same going for Robson in Wasps colours. That is why this head-to-head clash whets our appetite as two attack-minded number nines look to lead their respective club sides to victory.

Subplot to watch – How will Cardiff Blues respond?

One expects it has been a hugely difficult week at the Blues training ground after several media outlets stated that head coach John Mulvihill had left his position. Cardiff then confirmed the news on Thursday, with Mulvihill departing due to personal reasons.

Former boss Dai Young has joined on an interim basis as his replacement but for now the players must put all of their focus on the job at hand, a clash with the Scarlets at Cardiff City Stadium, as they look to bounce back from a disappointing 17-3 home defeat to the Ospreys last week.

Scarlets, meanwhile, will sense an opportunity against their Conference rivals, but upheaval can do funny things to a team. We wait to see which Blues side turns up as December wins over Newcastle Falcons (away), Stade Francais (home) and Dragons (away) suggests they’re more than capable of ending a tough week on a high.

Bath’s clash with Wasps is no doubt the highlight of Friday’s Premiership action but there is another match in the shape of Sale v Worcester. It will be the teams’ first meeting since a Covid-19 outbreak forced the Greater Manchester outfit to forfeit their game at the end of last season, ending the Sharks’ chances of reaching the Premiership play-offs for the first time since 2006.

On Saturday, there are just two matches following the cancellation of the Midlands derby with Newcastle Falcons opening proceedings when they take on bottom-placed Gloucester, while Sunday sees Harlequins host London Irish.

In the PRO14, it is derby weekend where Glasgow Warriors and Edinburgh compete for the 1872 Cup. Richard Cockerill’s men currently hold the trophy and emerged 10-7 triumphant in the opener last weekend, but Glasgow will be looking to regain it for the first time since 2017. Elsewhere, Cardiff Blues’ encounter with Scarlets is the big game in Wales, while Connacht will look to build on their victory over Leinster when they face Munster.