Home Features The short side: Decisive weekend for the Irish provinces 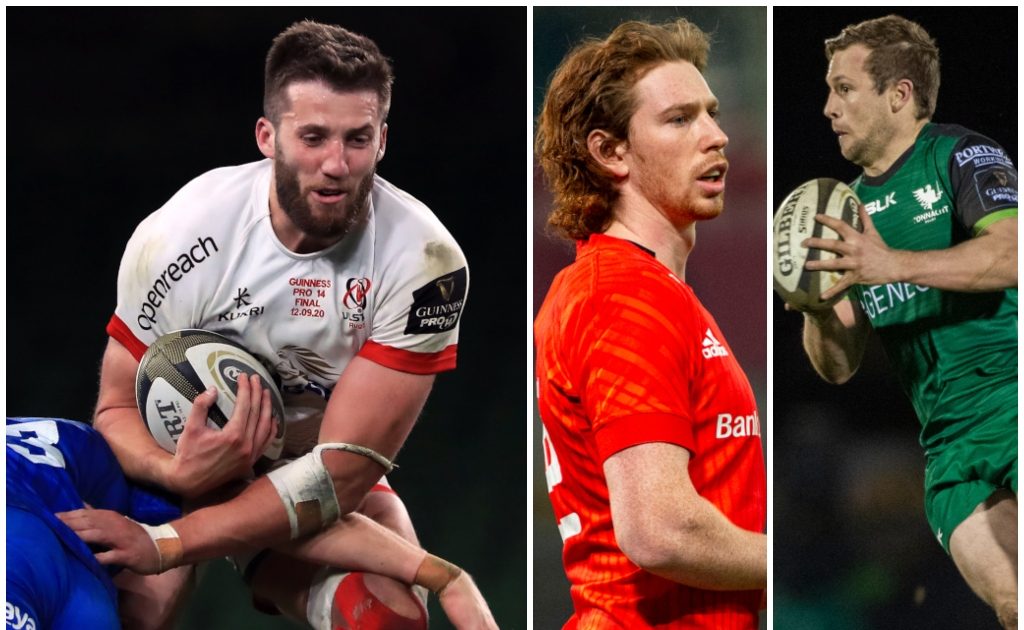 Third will host fifth this weekend as Northampton make the trip to Twickenham Stoop to face high-flying Harlequins. A few weeks ago this game looked to be a dead rubber, but both teams have enjoyed remarkable transformations of late.

Since the departure of Paul Gustard, Quins have won four of their last five while Northampton also arrive in London victors in four of their last five. This game will be pivotal to the top four aspirations for both, aims that looked nigh on impossible just a few weeks ago. Prior to this run of victories, Northampton hadn’t won a game all season (excluding forfeits) while Quins had won just two Premiership games with Gustard at the helm in 2020/21.

Despite both falling to defeats against Newcastle and Bath last weekend, they have still maintained winning runs with Quins unbeaten at home in their last three games, while Northampton have won their previous three matches on the road.

The match to watch in the PRO14 this weekend is arguably the most pivotal game of the season. Heading into this one Ulster sit just six points behind Leinster in Conference A and, with just a handful of games remaining in the PRO14, Ulster desperately need to win if they are to catch up to the reigning champions.

Both teams have lost just once in the league this season with Ulster’s sole defeat actually coming against Leinster earlier in the campaign. However, the Belfast giants will be buoyed by their unbeaten record at Kingspan Stadium in the PRO14 and will hope to maintain it this weekend when Leinster come to town.

The encounter will likely rest on Ulster’s formidable defence against Leinster’s free-flowing attack. Ulster have conceded the fewest points in the competition this season, leaking just 200, while Leinster have scored 471 (67 tries) and have a points difference of a whopping 260.

If Ulster are to stand a chance this weekend, shutting down that high-powered attack is priority number one.

With regular Sale skipper Jono Ross out of their encounter against Newcastle Falcons on Friday, South African World Cup winning scrum-half De Klerk has been selected as the man to lead the Sharks.

Since playing a key role in the Springboks’ triumph in 2019, the livewire half-back has struggled to recapture that form back in England. An injury didn’t help, and then the enforced break for Covid meant he had to wait for a run of matches.

Even when the Premiership did return, however, the 29-year-old failed to find his best, despite the Greater Manchester outfit impressing domestically and coming mightily close to reaching the play-offs.

Would the new 2020/21 season herald a change in fortunes for De Klerk? Well, not particularly as mistakes often pervaded his play, leading to him being challenged for his starting spot by Will Cliff.

With Cliff not taking his opportunity under new director of rugby Alex Sanderson, the South African started against champions Exeter Chiefs last weekend and was much improved. He has now been handed the captaincy and Sanderson and the Sale supporters will hope the scrum-half continues his upward trajectory against the Falcons.

It was the perfect start for @SaleSharksRugby yesterday 👌@fafdeklerk with some classic Faf play – acting quickly, attacking the space, assisting a score 🦈

It is probably not ideal timing for one of the biggest games of the season to take place. With the match in the middle of the Six Nations, both of these title challenges are deprived of some of their top stars.

Munster are particularly affected, with the likes of Peter O’Mahony, Tadhg Beirne and CJ Stander in the Ireland squad, but it should not detract too much from what will be an enthralling contest. The Limerick outfit do have the depth to cover for their international absentees and they will expect to quash the challenge of Connacht this weekend.

The men from Galway are boosted by the inclusion of Bundee Aki and Ultan Dillane, who are not currently needed by national team head coach Andy Farrell, but they will look to their fly-half to create the opportunities.

After a difficult 2019/20 season, Carty has re-found his form and is an Irish playmaker that no doubt believes he can be the heir to Johnny Sexton.

Munster’s pivot, Healy, is another having impressed after breaking into the team last season. With Joey Carbery on the sidelines for over a year, the 21-year-old has taken his opportunity in the squad superbly and will look to continue his fine form on Friday.

They are both good all-round players, from kicking to passing to decision-making, which means the player that gets the upper hand will provide his side with a significant advantage at Thomond Park.

What a kick. Take a bow Ben Healy.

Subplot to watch – The struggles of last season’s Premiership finalists

Usually, sitting in second place would not be considered a failure but, for champions Exeter Chiefs, it probably is, given the lofty standards they have set themselves over recent years. More to the point, their performances have hardly inspired over recent weeks and successive defeats, including a rare home loss, has put them under pressure.

After going down to Northampton Saints at Sandy Park, they succumbed to Sale Sharks last weekend after playing all of the second half with 14 men. Although the intensity was there and the attacking play was much better, it was still another reversal and leaves them with a big game against fellow West Country outfit Bath on Saturday.

Those struggles are perhaps understandable, however, when you consider that they began the next season just a month after the 2019/20 campaign had finished.

It is not a surprise that they may be fatigued and that factor is given more credence following Wasps’ first half of 2020/21, who were the Chiefs’ opponents in that final. ‘Inconsistent’ was the watchword to describe the Midlanders’ start but more recently that has rather changed to ‘concerning.’

Their issues all started with a heavy 49-17 home defeat to Harlequins and they have not really recovered from that, winning just once since then – a narrow 17-13 triumph over strugglers Worcester Warriors.

Injuries and international call-ups have not aided them but there is something more to it than that and head coach Lee Blackett needs to find the answers quickly. A match against bottom side Gloucester should help Blackett’s men re-find some form, but another defeat would be catastrophic for a team that has title ambitions.

In the Premiership, it all starts on Friday as two improved sides, Leicester Tigers and London Irish, go head-to-head at Welford Road, looking to boost their play-off prospects. Finally, on Saturday, leaders Bristol Bears will look to press home their advantage when they take on faltering Worcester Warriors at Sixways.

Meanwhile, the focus in the PRO14 is on the two games between the Irish provinces. Elsewhere, there is not too much to play for with the Scarlets and Cardiff Blues, who are battling to secure Champions Cup rugby, not featuring. Edinburgh, who have two games in hand, are in a position to put pressure on those two and will expect to get the five points against struggling Italian side Benetton on Sunday.