Home Features The short side: Crunch time in the World Cup pools 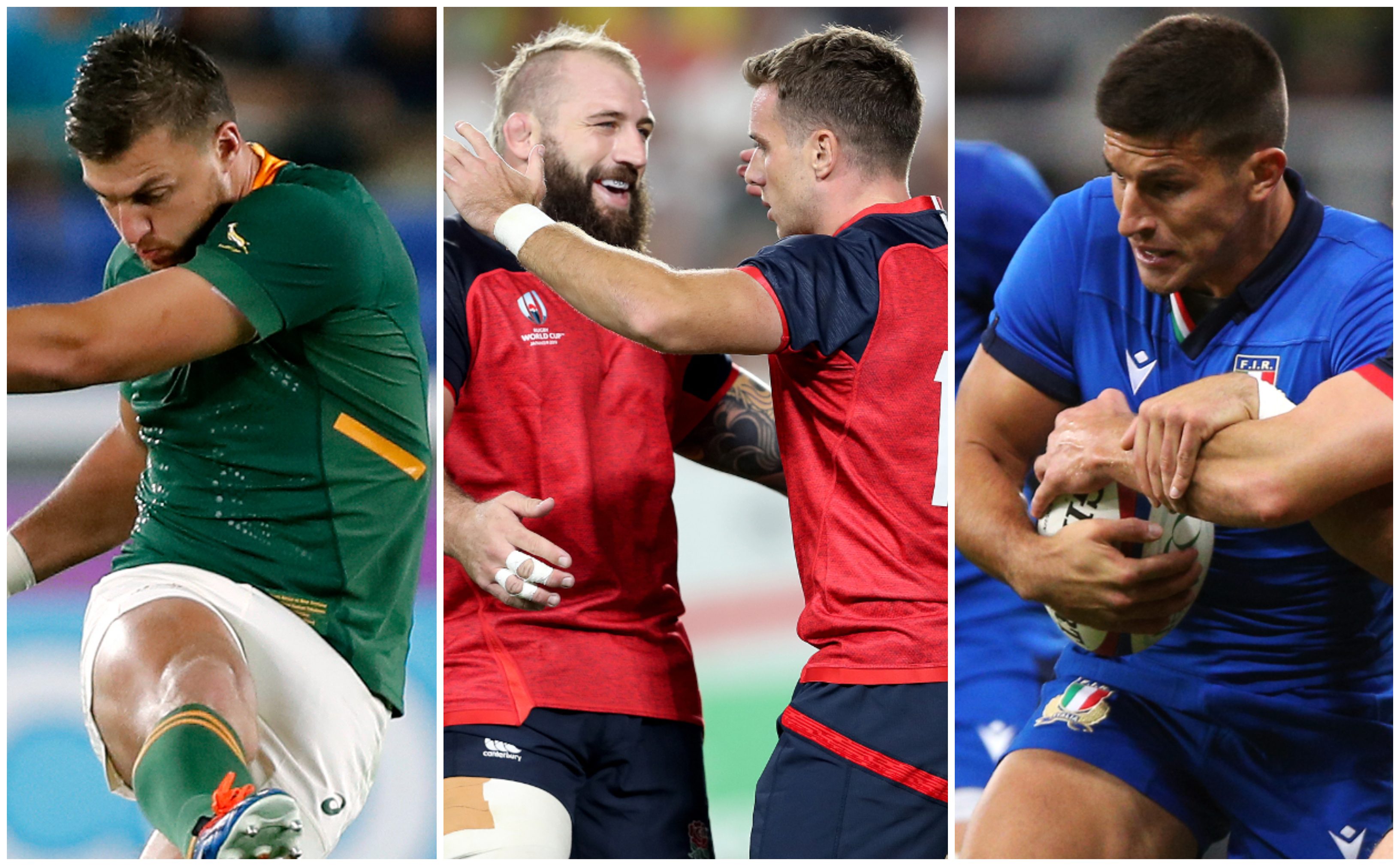 The short side returns to Planet Rugby as we study the major talking points ahead of this weekend’s pool games in the Rugby World Cup.

With the World Cup rapidly heading towards its business end, there will be plenty at stake when these sides face off in Shizuoka on Friday.

After losing their tournament opener against New Zealand, the Springboks bounced back with a one-sided victory over Namibia at the weekend and will be determined to build on that result in this fixture against the Azzurri.

But that will be easier said than done. Although South Africa and New Zealand came into the tournament as heavy favourites to advance to the play-offs from this pool, Conor O’Shea’s men have impressed in their two opening matches and notched bonus-point wins against minnows Namibia and Canada.

South Africa and Italy pride themselves on their forward play and whoever comes out on top in that department will in all likelihood also end up on the winning side.

Although he is in the twilight of his career, recalled Italy captain Sergio Parisse is an intelligent player who will lead by example. Also keep an eye on young tearaway Jake Polledri, who has been one of the best players during the early stages of the tournament with his attacking and breakdown skills particularly impressive.

Parisse and Polledri are joined in the back-row by South African-born Braam Steyn, who will have little motivation to do well against his former countrymen.

This encounter will be the 15th Test between South Africa and Italy but it is the first one at a Rugby World Cup.

The first Test between these sides took place in 1995 with the Boks securing a 40-21 win. It would be 21 years and 12 Test matches later before Italy won their first and only Test against South Africa. That occurred in Florence in 2016 with the Azzurri claiming a narrow 20-18 triumph.

🇮🇹 The Boks will come up against a record-breaker and a familiar face when they face @Federugby on Friday.

Although England have done well to register bonus-point victories in their previous Rugby World Cup fixtures – against Tonga and the USA – they face a sterner challenge against Argentina in Tokyo.

The Pumas can ill-afford another defeat after suffering a narrow loss in their opener to France. They got their campaign back on track with a hard-fought bonus-point win over Tonga in their second match and know a loss to England would likely mean they miss out on a quarter-final berth.

After a less than convincing performance in that win over Tonga, England showed signs of improvement against the USA but are still some way off their best. They will be hoping to achieve that this weekend and their head coach, Eddie Jones, has picked his strongest available side for this fixture.

They have also received a shot in the arm after Mako Vunipola and Jack Nowell were included amongst the replacements and the duo are set to appear for the first time at this year’s World Cup after recovering from injury.

Another player who will be champing at the bit is Manu Tuilagi, who came to the fore with a superb performance in England’s opener against Tonga – in which he scored a brace of tries – before being rested for their clash with the USA.

Argentina have sprung a surprise by leaving experienced pivot Nicolas Sanchez out of their matchday squad for this match with Benjamin Urdapilleta starting in the number 10 jersey while Lucas Mensa will be his back-up.

Although they will not underestimate their opposition, England will be quietly confident as they have dominated this fixture in recent years.

England are currently on a nine-match winning streak against Argentina with the Pumas’ last victory registered in 2009 in Salta. The last time these sides met at the Rugby World Cup was in 2011 in Dunedin with England coming out on top, albeit narrowly, as they secured a 13-9 win.

Perhaps the surprise of the team selections this week came from the Pumas as long-term fly-half Nicolas Sanchez was left out of the matchday squad with Urdapilleta preferred at 10.

There will therefore be a lot of pressure on the shoulders of the 33-year-old as his recent return to the international set-up has now received a further boost ahead of a must-win game.

Urdapilleta has handled high pressure games during his club career at Castres, who he has guided to the Top 14 title, so he should manage the situation admirably. However, from an all-round game point of view there are doubts as to whether he will match up to George Ford and Owen Farrell facing him.

Although the forward battle will be crucial when the Springboks and Azzurri face off, the duel between the respective sides’ number 10s will also be hugely important on Friday.

As the chief playmakers, there will be plenty of pressure on the duo’s shoulders and the outcome of this Test could be determined by the player who comes out on top in this battle.

Pollard’s presence in the Bok backline brings a calmness to those around him as he has impressed with his game-management and is also strong in the tackle. He will be keen to improve on his last performance – against New Zealand – though as he failed to unleash his outside backs and missed an easy penalty early in that game which proved costly in the bigger scheme of things as the Boks went on to lose 23-13.

This match should be a momentous one for Pollard, who needs four points to reach 400 in Test matches. He also requires just 11 points to surpass Percy Montgomery’s Springbok record of 111 points in Rugby World Cup tournaments.

📊 Stats: Handre Pollard on the cusp of two magical milestones in Italy Test.

Allan has come to the fore with two fine efforts against Namibia and Canada and, although it’s still early in the competition, he is already amongst the tournament’s leading point-scorers.

An excellent goalkicker, he will be expected to keep the scoreboard ticking, but his playmaking skills will also have to be solid against a tight Springbok defensive system.

Allan has combined well with his scrum-half, Tito Tebaldi, and if he can get quality ball from his number nine, he could wreak havoc in the opposition’s ranks.

Before Ireland jumped above them at the Pool A summit following their 35-0 win over Russia, Japan were sitting pretty after an outstanding campaign thus far.

Opening wins over both the above sides have given the Brave Blossoms their best chance to date of making the quarter-finals and, if they can replicate the wonderful form they showed against the Irish, a place in the final eight is surely theirs.

Saturday’s game against Samoa is a perfect opportunity to build confidence ahead of their final pool clash against Scotland next Sunday. Samoa were hugely disappointing against Scotland, looking like a side short on ideas, so on form it should be win number three to Japan.

How the Brave Blossoms handle the expectation is one question that needs answering, however, as against Russia in their opener they were a shadow of the side that stunned Ireland.

Australia should have little trouble dispatching Uruguay in Saturday’s opening game, with Jordan Petaia handed his debut on the left wing. After that there’s England v Argentina which is followed by host nation Japan looking to make it three wins out of three in the pools.

Sunday’s action kicks off with reigning champions New Zealand’s fixture against Namibia, which is expected to be a comfortable outing for the All Blacks, before France take on Tonga knowing that if England have beaten Argentina, a win would seal their progression.