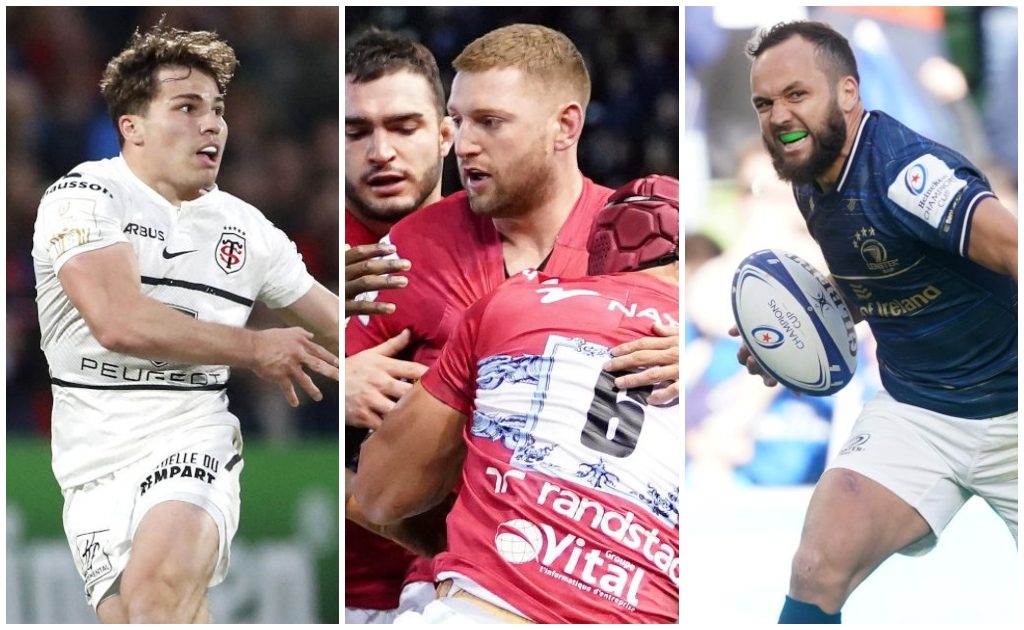 The four-time champions take on the five-time winners as Saturday’s encounter sees true rugby royalty face off in Dublin.

There is also an element of Ireland v France in the clash as a Leinster team featuring the majority of Andy Farrell’s first choice XV face a Toulouse outfit which has the spine of the French side.

For Johnny Sexton, Jamison Gibson-Park, Ronan Kelleher and Andrew Porter, read Romain Ntamack, Antoine Dupont, Julien Marchand and Cyril Baille. There are intriguing battles throughout the respective squads, but there is no doubt that the Irish province have the edge.

While Le Rouge et Noir can complement their international stars with outstanding foreign imports and talented youngsters, they don’t quite look as complete as Leo Cullen’s men at the moment.

Quite frankly, Leinster have looked frighteningly good this season and were far too strong for the Premiership pacesetters, Leicester Tigers, in last weekend’s quarter-final. The result actually led to more questions about the quality of England’s top-tier than the brilliance of the Dubliners, which was slightly harsh on both.

Leicester are an excellent team this year but they, and perhaps the rest of Europe, are not on the level of the Leinstermen at the moment. That is ultimately what we will find out on Saturday when this well-oiled machine goes head-to-head with the defending champions.

Toulouse were deserved winners last season but they have struggled for form in 2022. The departure of their French internationals to Six Nations duty played a part in that, but even their return has not necessarily had the desired result.

They held their nerve against Munster to overcome the men from Limerick in the last-eight, but it was very much a match which could have gone either way.

Ugo Mola’s charges have the talent in all the key areas to cause Leinster significant problems but, on this occasion, Leinster have the form and momentum.

who is coming out on top on Saturday? 🤔

The French are guaranteed at least one finalist when these two teams go head-to-head at the Stade Bollaert-Delelis, the home of football team RC Lens.

Unlike Saturday’s encounter, where you highly suspect Leinster will prevail, this is a very difficult match to predict. Usually a team has ‘home country’ advantage but, of course, that is not the case here, while the two sides are separated by just four points in the Top 14. Racing may well be in fourth and therefore slightly ahead of La Rochelle in the league, but there is very little in it.

Ronan O’Gara’s men have been on a good run of form since mid-February, which included a dominant 19-0 triumph over Sunday’s opponents, and that has lifted them into title contention. After the huge achievement of reaching the 2021 Champions Cup final they struggled to find the same fluency at the start of this season, but that has been corrected over the past three months.

They are playing very well, as evidenced by their triumph over domestic leaders Montpellier, and may have just have a slight edge in a game like this one. Although both teams like to play exciting, expansive rugby, a semi-final featuring two French teams seldom tends to result in a free-flowing affair.

That will suit La Rochelle more than Racing, whose strength very much lies behind the scrum. The Parisians obviously have a big pack – you can’t compete in the Top 14 without one – but their opponents have a better balance up front.

O’Gara’s charges have the set-piece strength, both in scrum and lineout, but also have the ball players who provide power and dexterity. Their back-row is particularly exceptional in this regard and that may be the difference, especially if it becomes a slugfest.

One Racing player who won’t want to get bogged down by a turgid clash is the maverick Scotland playmaker. You feel Racing’s best chance is to keep the tempo high and give more chances for Russell to weave his magic.

The way the 29-year-old continually mixed it up against Sale Sharks last weekend was utterly majestic and he will need to be similarly brave on Sunday.

Every time the Parisians received the restart, they looked to move the ball wide and it often worked. Although that was perhaps something they spotted in the way Sale defend – taking advantage of the Sharks’ narrow line – it is that sort of thinking and fearlessness which will take them into the showpiece event.

Russell, who rarely turns down the opportunity to chance his arm, even in a big game such as this, was often the instigator last weekend and his rugby smarts is where Racing could hold an advantage in Lens.

Former England international Stuart Barnes caused a bit of a stir by describing the Leinsterman as the best scrum-half in the world, even ahead of Dupont – the current World Rugby Player of the Year and 2022 Six Nations Player of the Championship.

Certainly, Gibson-Park has been in form, firstly in the annual international tournament and then for his province in the Champions Cup quarter-final against Leicester, but we’re not sure we would have him over the Toulouse and France star.

Although Dupont struggled at times against Munster, it was much more to do with the pressure the Limerick outfit exerted in defence and at the breakdown than it necessarily being the fault of the French maestro.

Johann van Graan’s men did, however, provide the blueprint of how to stop the outstanding scrum-half and it will be interesting to see what tactics Leinster employ on Saturday.

Both these players are key to how their respective teams operate, with Gibson-Park and Dupont always looking to inject tempo, and this is a battle which will play a crucial role in the end result.

Subplot to watch – A repeat of last year’s final?

It is never good for the Champions Cup when one team or country dominates and certainly France are currently enjoying outstanding success. In 2021, Toulouse and La Rochelle competed in the first all-French final since 2015 and both those sides have reached the last-four yet again.

They could even set up a repeat of the previous season’s showpiece event, with them on separate sides of the draw. Although it is unlikely, primarily due to the brilliance of Leinster, it would raise eyebrows over the competitiveness of the European game.

Ultimately, money matters and France is where all the financial power is. The Premiership sides are struggling due to the Covid pandemic and, although Leinster have a brilliant set up, you can’t really have just them fighting the French.

The rise of La Rochelle is a great story but their budget dwarfs that of pretty much every club outside of the Top 14. While it is them this season, next year could equally see Montpellier, Bordeaux-Begles or Lyon in the semi-finals.

Quite simply, the French sides are able to buy the best players in the world and have deep squads, which only really Leinster and possibly Munster can compete with. There is obviously plenty of talent in England but, as they battle the salary cap reduction, will they realistically fight on two fronts? For the sake of the European game, let’s hope this is just cyclical and not the norm for the next decade.

While we voice our concerns over the make-up of the Champions Cup semi-finals, those issues could equally be applied to Europe’s second-tier. Only two countries are represented in the Challenge Cup last-four, England and of course France. Glasgow Warriors and Edinburgh were both close to reaching this stage but ultimately they don’t quite have the depth of squad or talent.

The Scottish sides succumbed to Lyon and Wasps respectively, the two teams which coincidently clash in the first semi-final. With home advantage, the Frenchmen will be favourites, but the English side have started to get their best players back and will be a threat.

In the other last-four contest, two three-time winners of the Champions Cup clash as Toulon face Saracens. For the former, they have suffered a gradual decline over recent seasons but look to be far more competitive now, while the latter are only really in this competition due to relegation for salary cap indiscretions.

Sarries certainly have the stronger squad and were mightily impressive in their quarter-final victory over Gloucester. The Top 14 outfit have the benefit of having a home crowd behind them, but the Londoners have beaten better Toulon teams at the Stade Mayol before.

READ MORE: Super Charged: Great match-ups all round and the Pacific derby