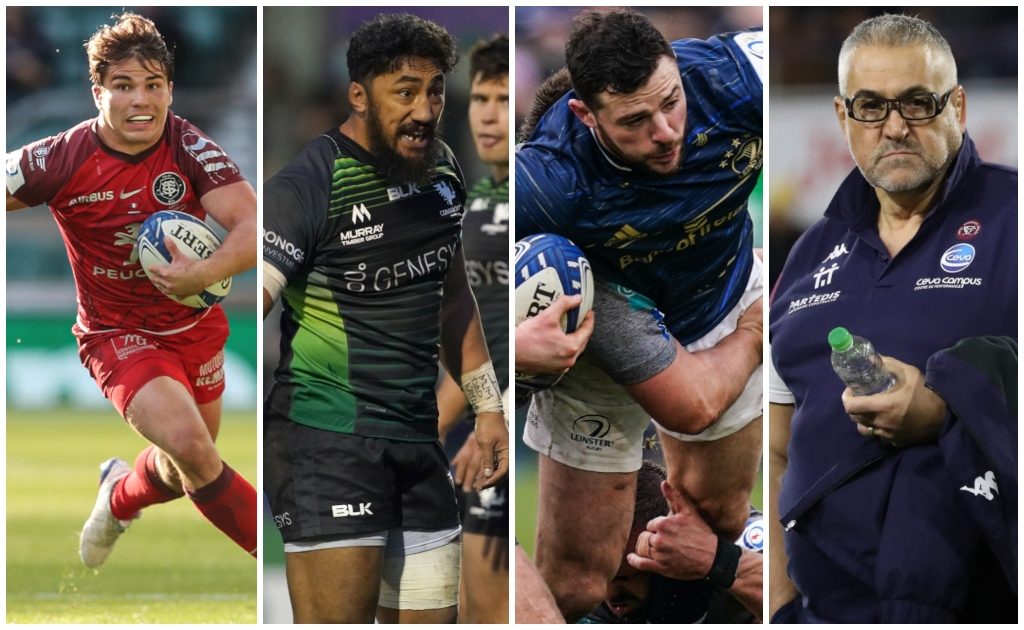 There are plenty of enthralling encounters to begin the European knockout stages but few more catch the eye than this French-Irish clash.

These two have had their battles over the last couple of years, with Les Rouge et Noir coming out on top each time, but the visitors will think that they can overturn the odds this time around.

For starters, Dan McFarland’s men don’t have the irrepressible Cheslin Kolbe to deal with, who tormented the Irishmen and in particular opposition wing Jacob Stockdale.

Equally, Toulouse are not in the type of form which saw them claim the European and domestic double last year, with some poor results and performances seeing them slip down to fifth in the Top 14. Ugo Mola’s outfit are in danger of missing out on the play-offs having endured a wretched run between early December and late February, but there have been better signs of late.

Victories over Lyon and the top-two in the division, Bordeaux-Begles and Montpellier – all within a month – have lifted spirits, but Ulster will still sense their opportunity to oust the defending champions.

The Irishmen are without the aforementioned Stockdale, who is a long-term absentee, but it has been another good campaign from the Belfast-based side. They are well coached and have already won in France this season following an impressive victory over Clermont Auvergne in the round-robin phase.

The only question is whether Ulster have the top-end quality to defeat a team that have a plethora of Grand Slam-winning France stars in their ranks. The Six Nations has undoubtedly hampered a Toulouse squad which forms the spine of the French side but those players have since returned and will no doubt bolster the four-time champions.

This is another difficult game to call with neither side particularly happy with their efforts over the course of the current campaign.

Exeter have been particularly disappointing this year, losing nine of their 21 Premiership matches to leave themselves in serious danger of missing the play-offs for the first time since 2015. Their intensity and physicality hasn’t been quite there throughout the season and they have undoubtedly been hindered by the law alteration around pre-binding and staying on their feet.

As a result, the usually clinical Chiefs, whose main power was their efficiency in the opposition 22, have struggled to find their rhythm and form domestically.

Rob Baxter’s men were better against Leicester Tigers, despite succumbing 22-17, and produced a superb comeback to overcome Bath last weekend, but there is uncertainty as to how they will fare in the European knockout stages, particularly against one of the continent’s powerhouses.

Munster have endured similar struggles to Exeter this season but, even when they are not on form, the Irishmen present a stern challenge for anyone in the Champions Cup. They pride themselves on their European exploits and it is rare that the Limerick-based team do not reach the quarter-finals.

It will therefore be a titanic clash in Saturday’s first leg at Sandy Park, a tie which is genuinely difficult to predict. However, what may tilt the balance is the injuries to some key Munster players, with Gavin Coombes, Dave Kilcoyne, Andrew Conway and the vital Tadhg Beirne all on the sidelines.

There is also the issue around the Irishmen’s coaching situation and the eventual departure of head honcho Johann van Graan, whose move to Bath has already been confirmed. Peter O’Mahony stated recently that he wants clarity going into the 2022/23 campaign and that uncertainty may play into Exeter’s hands.

How will Munster fair against Exeter this weekend? | 🤔

There is so much talent around Europe that it is difficult to pick one but, let’s be honest, everyone looks forward to seeing the France scrum-half in action. The current World Rugby Player of the Year and the 2022 Six Nations Player of the Championship has dominated the sport over the past 12 months and will be crucial for Toulouse in their run-in.

Dupont once again left people open-mouthed following another piece of individual brilliance against Castres last weekend. Although Les Rouge et Noir succumbed to their rivals 19-13, it showed that the 25-year-old is not going to take it easy having helped the French to a historic Grand Slam.

The half-back may have received constant adulation over the past few years, which would make many athletes rest on their laurels, but the playmaker is an incredibly focused individual. No doubt Dupont’s eyes will very much be set on helping Mola’s men take a significant lead into the second leg of their clash with Ulster.

Such is the scrum-half’s brilliance, Toulouse are never the same side without him and that means a lot of pressure is on the shoulders of Dupont. Everything good about this side tends to go through their number nine, so if he plays well then so will the rest of the team.

Two Ireland team-mates will be on opposing sides on Friday night when rival provinces Connacht and Leinster clash at the Sportsground.

Both have become key components of the current national squad, helping Andy Farrell’s men to become one of the world’s best teams. They have sometimes featured together in the midfield, both under Farrell and previous head coach Joe Schmidt, and have formed a very effective partnership, but Aki and Henshaw both play their best rugby at 12.

The former was the preferred option in the recent Six Nations, with the latter making an impact off the bench, and the Leinsterman will certainly think he has something to prove against the New Zealand-born powerhouse.

It will be a really intriguing match-up as both like the physical side of the game, are very good defensively and also run intelligent lines. Aki is the more powerful of the two and perhaps searches for contact a bit more with ball in hand, but they do have very similar qualities. It’s going to be a fun duel.

Robbie Henshaw was absolutely outstanding off the bench yesterday.

Really put his hand up to start against Scotland next weekend.

Such a luxury to have Henshaw and Bundee Aki both fit and playing well.

For those who don’t know, these two coaches got into a very heated spat during Bordeaux-Begles’ Top 14 clash against La Rochelle last weekend.

The combustible and, let’s be frank, rather quite scary Urios squared up to O’Gara after the Ireland legend celebrated a big defensive set from his side. It didn’t quite come to blows but the Bordeaux head honcho wasn’t exactly happy with his opponents’ attitude, describing the former Munster fly-half as “insufferable.”

That’s right, UBB and La Rochelle go head-to-head in the last-16 of Europe’s biggest competition but unfortunately O’Gara’s suspension means that the two coaches won’t face off directly. Quite clearly Bordeaux’s boss does not like the Irishman and it would have been fascinating to have seen them in direct opposition again, but that will have to wait for another day.

Even so, their argument has certainly increased the tension and it will be interesting to see whether it has any impact on the players on the field. In such an important match, it is going to be fraught and there could well be a few scuffles.

Saturday’s action begins with the all-English clash between Sale Sharks and Bristol Bears and then ends with the Parisian derby when Stade Francais entertain Racing 92. Sunday is also about France and England, but this time clubs from those countries go head-to-head. Top 14 leaders Montpellier take on defending Premiership champions Harlequins before the current pacesetters in the English top-tier, Leicester Tigers, visit giants of the European game Clermont Auvergne.