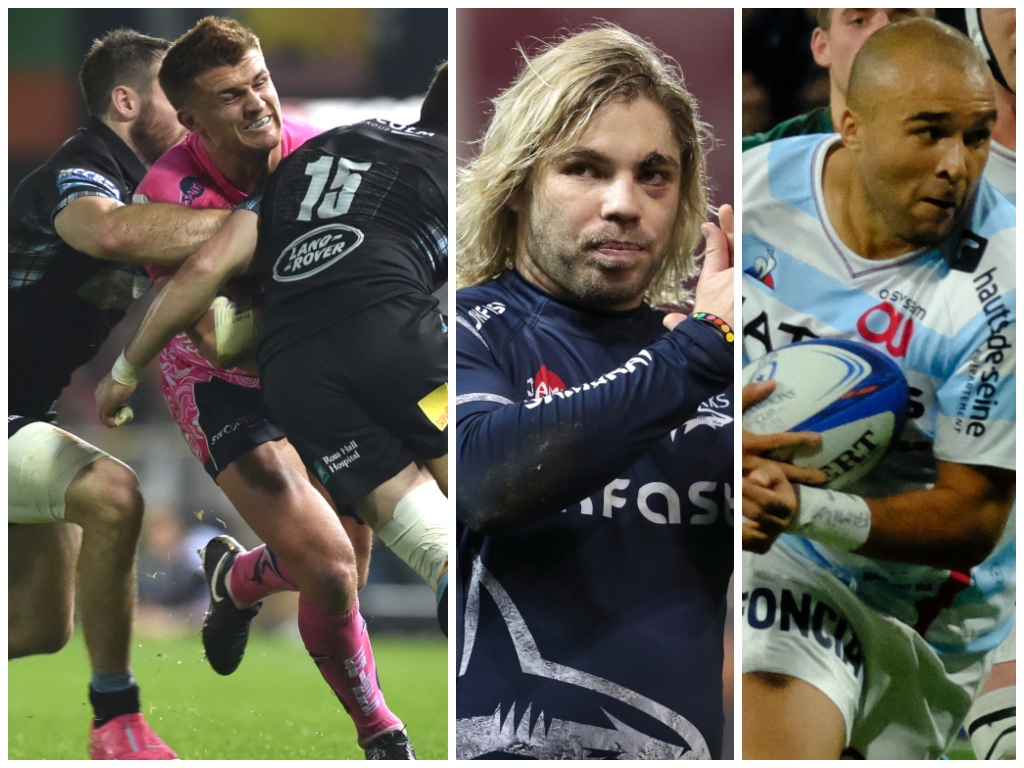 The short side returns to Planet Rugby as we study the major talking points ahead of this weekend’s second round of pool games in the Champions Cup.

Two giants of the European game go head-to-head at Thomond Park on Saturday as former winners Munster take on 2016 and ’18 finalists Racing 92. It is certain to be a titanic clash as two outstanding squads face off in Limerick.

The Frenchmen have struggled for form so far this season but looked more like their old selves against defending champions Saracens, scoring four tries in a comfortable 30-10 triumph. Fly-half Finn Russell was simply majestic while centre Virimi Vakatawa was almost unplayable at times and those two will once again be vital this weekend.

Johann van Graan’s men will therefore look to starve the visitors of quick ball and place the maverick Russell, who can struggle when on the back foot, under pressure. The Irish province are masters of the dark arts and the Frenchmen will not get the easy ride they were afforded by a weakened Sarries outfit.

Munster’s breakdown specialists are crucial to their chances, but the two-time Heineken Cup victors also have plenty of ability behind the scrum to cause their opponents problems in the wider channels. The Irishmen have, in recent years, lacked the top-end talent to beat the very best, but a victory here would send out a message to the rest of Europe.

Oh @finn_russell you do know how to put on a show 😍

The @racing92 fly-half took apart @Saracens yesterday – could he lead them to the #HeinekenChampionsCup final this season?? pic.twitter.com/QvWvc2FpTc

This should be an entertaining encounter between two impressive sides, who did well in the opening round with excellent victories.

Exeter Chiefs have failed to deliver the goods in the Champions Cup over the years and only reached the tournament’s knockout rounds once – in 2016 – before they narrowly lost to Wasps in the quarter-finals. They showed their class in their opening match at La Rochelle last weekend and came away with a 31-12 triumph and, in doing so, handed their opponents their first home defeat of the season.

Glasgow Warriors, meanwhile, ground out a 13-7 victory over Sale Sharks at Scotstoun and will be hoping to build on that result in a bid to emulate their 2018/19 effort when they lost in the last-eight to eventual champions Saracens. Earlier this week it was revealed that Warriors head coach Dave Rennie will leave the team at the end of this season to take over the Australian national side’s coaching reins and it will be interesting to see what effect that news has on Glasgow’s performance.

EXCLUSIVE | Dave Rennie talks about his decision to leave the club at the end of the season to become the next Head Coach of Australia. pic.twitter.com/lhQmY78ART

Andy Friend’s troops caused a big upset during the opening round of the Champions Cup last weekend when they beat Montpellier in Galway – a result which must rank as one of the Irish province’s best ever in European competition.

Connacht’s gutsy 23-20 victory deserves plenty of praise and what made their feat so remarkable is the fact that they achieved it without the services of several key players, who missed that encounter due to injury.

That result was a massive shot in the arm for Connacht but they face an even more daunting task this weekend when they take on Top 14 champions Toulouse at the Stade Ernest-Wallon. The French outfit also head into that fixture with plenty of confidence after securing a deserved away win over Gloucester in their tournament opener. Facing Toulouse in their own backyard is one of the trickiest assignments in the game and Connacht’s resolve will be severely tested in this fixture.

After winning the Rugby World Cup with the Springboks earlier this month, the classy number nine returns to club action in what is a must-win encounter for the Premiership outfit against La Rochelle at the AJ Bell Stadium.

De Klerk showed during the global showpiece in Japan that he is amongst the best scrum-halves in the business with his sniping breaks, slick service, excellent defence and accurate box-kicking playing playing a big part in the Boks’ success.

The 28-year-old has arguably been Sale’s best player over the past couple of seasons and his impressive form earned him a nomination for the World Rugby Player of the year award in 2018. He will be expected to hit the ground running against La Rochelle this weekend.

While much of the focus will be on powerhouse Fijian duo Alivereti Raka and Peceli Yato, Lee is arguably an even more important part of this Clermont side. The Samoan-born back-rower, who captains the team, is the focal point in the pack and does an immense amount of work around the field.

Excellent at the breakdown, Ulster will have to be wary of the number eight in the tight exchanges, but it is in the loose where the 31-year-old particularly excels. Lee is an immensely powerful individual and the hosts will need to halt him on the gain line if they are to prevent Auvergne from gaining any momentum.

That is where Coetzee comes in. To an extent the South African international has a similar skill set, and the Belfast-based outfit will need him to carry well throughout, but the Ulster player is slightly more niggly at close quarters.

The Springbok is a dominant defender, superb at the contact area and just an all-round fine athlete, so this contest is shaping up to be crucial. Providing the hosts compete well in the set-piece, Coetzee may well be the key to stopping the visitors’ imposing back-row.

Another massive performance from Marcell Coetzee for Ulster today.

One of Limerick’s favourite sons returns home when Racing 92 visit Thomond Park on Saturday. Zebo was a magnificent servant to the Irish province and was a crucial part of several European campaigns, but decided to depart for the French capital in 2018, forfeiting the chance to play in the Rugby World Cup.

That decision surprised many but there was a sense that previous Ireland head coach Joe Schmidt never quite valued his contribution in a green jersey. Those two did not see eye-to-eye on certain facets of the game, which probably accelerated Zebo’s departure from the country.

His excellent form for Racing did not go unnoticed, however, with observers decrying the rule which prevents foreign-based players from featuring for the national team. Schmidt remained firm, though, and did not succumb to those calling for the back three player’s return to the fold.

With Andy Farrell now in charge, the full-back or wing will look to prove himself back on Irish soil when the Parisians take on Munster. He did not start against Saracens but it would be a surprise should the coaches not select Zebo in the XV at a place the 29-year-old knows so well.

Defending champions Saracens are among the teams to open Saturday’s proceedings when they take on the Ospreys looking to respond to their opening round loss to Racing. Toulouse and Connacht also go head-to-head at lunchtime before focus turns to Lyon, who host four-time winners Leinster in what should be an intriguing contest.

On Sunday, there are just two matches with all four of those sides suffering defeats last weekend. They will therefore attempt to get their campaigns back on track as Sale Sharks face La Rochelle at the AJ Bell Stadium before Montpellier welcome Johan Ackermann’s Gloucester.