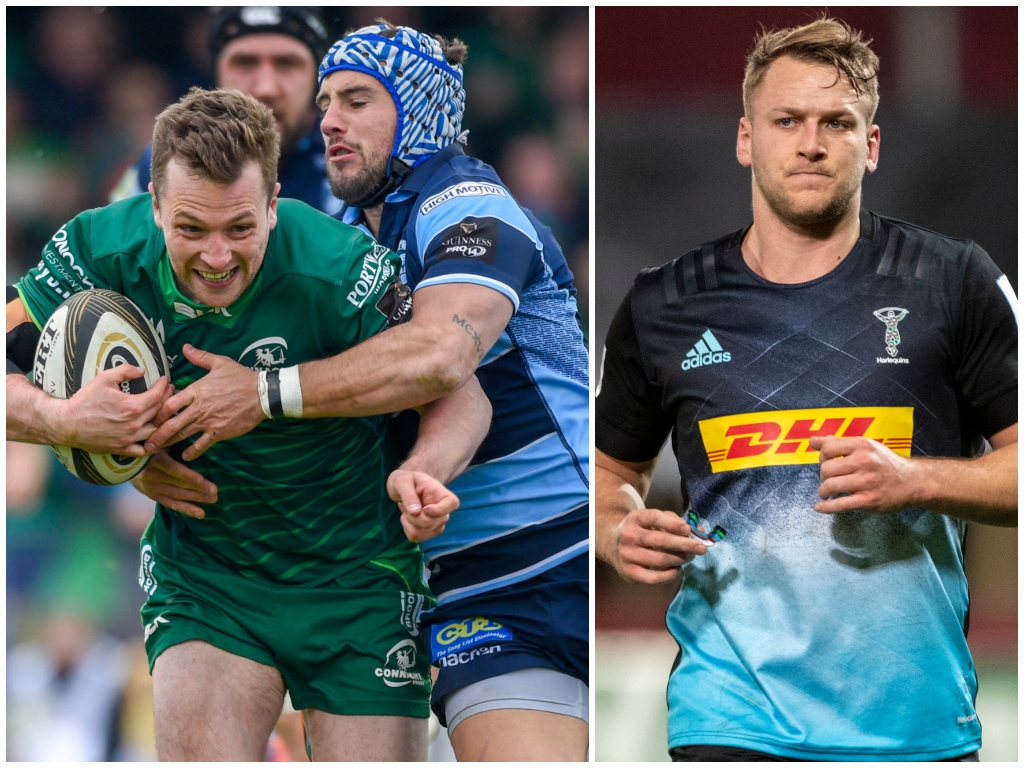 Two sides locked on 28 points apiece meet at the Stoop on Saturday as fourth-placed Harlequins take on third-placed Sale Sharks. These are two of the league’s in-form teams. Harlequins have won their last three Premiership games while Sale Sharks’ four-game winning run ended last Friday with a defeat at home to Bath.

Despite that recent negative, Sale’s form on the road should stand them in good stead for this weekend’s meeting as they have lost only once away from home in the Premiership since August 2020. However, the last 10 league encounters between the two clubs have all been won by the home side on the day whilst Sale’s most recent victory at the Stoop in the tournament was way back in November 2014. Alex Sanderson’s men will hope to end that drought as they look to get back on the horse.

There’s talent aplenty on both sides and we’re looking forward to seeing the likes of Alex Dombrandt face off with Dan du Preez and Marcus Smith take on Robert du Preez. Even if you don’t support either team, it promises to be an absorbing fixture for the neutral and one we are very much looking forward to this tussle.

With the PRO14 heading towards its business end, there will be plenty at stake when these sides meet, as both must win to keep pressure on pace setters Munster. That’s easier said than done as Munster are sitting pretty at the top of the Conference A standings on 42 points from 11 matches, with Connacht lying in second position on 32 points after the same number of games played. Remember, only Conference winners make the PRO14 final this season in a shortened format.

While Connacht will be looking to eat into Munster’s 10-point lead, they also know defeat to Cardiff – who are currently in third place on 26 points after 12 matches – will threaten their hold on second. Connacht have suffered three defeats in their last five games in the competition, which has hugely dented their ambitions of making the final. They’ve also tasted defeat in their previous three matches at the Sportsground in the PRO14 – they’ve not lost four in a row since 2013.

Meanwhile, Cardiff Blues head into this fixture in confident mood as they have lost just once in four PRO14 matches and are on a three-game winning run in all competitions on the road, so a victory against Connacht could have big ramifications for the conference. Both sides will be hoping for Edinburgh to do them a favour by beating pace-setting Munster although that will be a difficult task as Johann van Graan’s troops have only lost twice this term and look in ominous form.

With Billy Vunipola not in great form, and Jack Willis now injured, Dombrandt would have been hoping to catch England head coach Eddie Jones’ attention with another big showing when Harlequins face Sale on Saturday. However, that ship seems to have sailed with Leicester’s George Martin being added on Thursday.

Harlequins are in a rich vein of form at the moment, after winning their last three Premiership matches – against Wasps, Bath and Leicester Tigers – and the burly number eight has been one of the players who has caught the eye with some outstanding performances, that included this impressive five-pointer against Bath.

A strong ball carrier – in a similar mould to Vunipola – the former Wales U20 representative also has good handling skills and is not afraid to put his body on the line in defence. He will certainly be at the forefront of Quins’ attack against the Sharks, as he looks to prove a point to the England boss after this snub. Watch him go.

Two highly talented number nines clash at Sandy Park on Saturday as we look forward to Maunder and Mitchell displaying their talents in a big Premiership game. Alongside Harlequins v Sale Sharks, this Exeter Chiefs v Northampton Saints fixture stands out on the schedule and with these young English scrum-halves looking to put their names into the international conversation, expect them to grab the game by the scruff of the neck. Both 23, there’s a lot more to come from them.

Subplot to watch – A West Country derby with a difference

It’s not often, if ever, that a West Country derby between two of English rugby’s household names sees Bath and Gloucester in such dismal positions on the league table. That is the case at the Recreation Ground on Friday when 10th-placed Bath host basement outfit Gloucester. The Cherry and Whites haven’t managed to add to their solitary Premiership win this season, with the departure of mercurial fly-half Danny Cipriani not helping their cause as they now have eight losses from nine games. Desperation will subsequently be in the night air in Bath for this match but let’s hope it doesn’t result in a drab and dour derby.

📋 Check on the Bath and Gloucester team news. #GallagherPrem 👇 https://t.co/GTdiC6zAir

Elsewhere on Friday there are two PRO14 games on the schedule as Dragons face high-flying Leinster, who start both Harry and Ross Byrne together for the first time. There is also Glasgow Warriors against Ulster while on Saturday that competition’s round concludes with Scarlets v Benetton, Ospreys v Zebre and Edinburgh v Munster.

In the Premiership there’s Leicester Tigers up against Wasps taking place at the same time as Worcester Warriors v Newcastle Falcons while the only game on Sunday sees London Irish take on league leaders Bristol Bears in what should be an entertaining affair.