Home Premiership The short side: Big games, all eyes on Warriors’ Lions 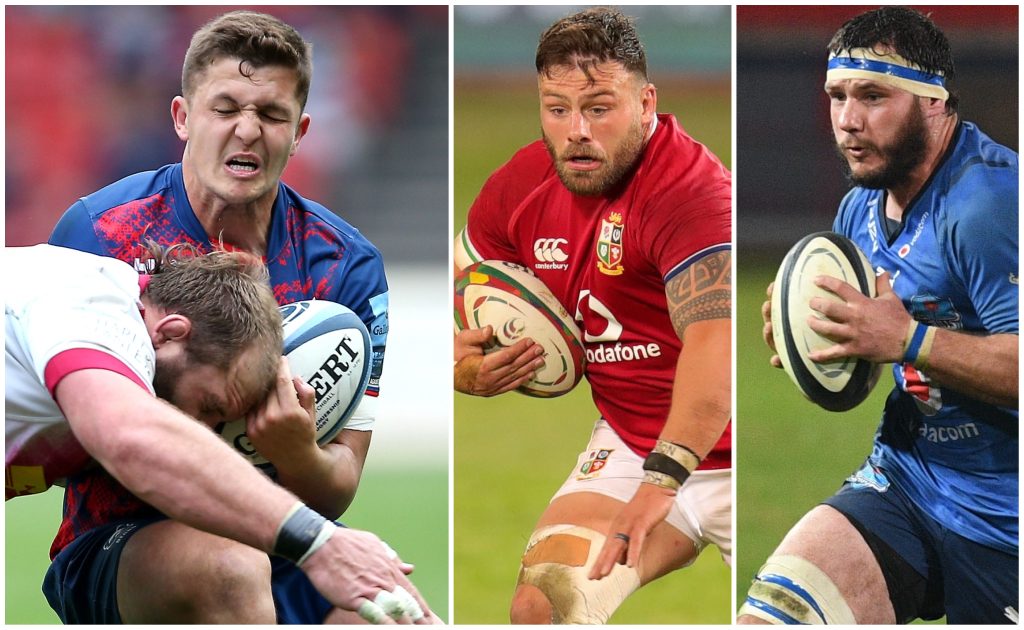 The short side returns to Planet Rugby as we study the major talking points ahead of this weekend’s action in the Premiership and URC.

They are two teams that like to chance their arm and, as a result, it culminated in one of the greatest matches in the competition’s history last year. From 28-0 down, Quins somehow managed to claim the victory after extra-time and seal their place in the showpiece event.

That was where they played a similarly enthralling encounter, this time against Exeter Chiefs but, like Bristol, the Devonians did not have enough to overcome Quins.

They duly claimed the title, despite finishing the regular season in fourth place and having one of the worst defensive records around.

The Londoners showed that attack can win championships and they have started this season in similarly attacking style, beating both Newcastle Falcons and Worcester Warriors.

Once again, their rearguard looks relatively flimsy but it doesn’t appear to matter for Tabai Matson’s men, who are the most potent side in England with ball in hand.

Harlequins take on another lethal outfit in the Bears, but Pat Lam’s charges have endure a contrasting start to the campaign. Bristol only lost four times last season in finishing at the summit, but they opened 2021/22 with successive defeats to Saracens and Wasps.

The West Countrymen did hit back by overcoming regional rivals Bath but it was a struggle and a few decisions certainly went in their favour to help them to stop the rot. They quite simply aren’t playing well at the moment and Quins will duly be favourites, but the visitors will definitely be dangerous if they can find their form.

😍 Will we see a set play like this tonight?

Munster will be determined to continue with their impressive start to the season but they face a tricky assignment at the Scarlets on Sunday.

After notching solid bonus-point victories in their previous two matches at home against the Sharks and Stormers, Munster will be brimming with confidence but they can expect a sterner challenge against the Welsh region, who are a tough nut to crack in their own backyard.

The Scarlets have lost just one of their last six home matches across the PRO14, Rainbow Cup and United Rugby Championship. They started their United Rugby Championship campaign with a narrow away defeat against Edinburgh but bounced back in style when they sealed a deserved triumph in last week’s Round Two encounter with the Lions at Parc y Scarlets.

Although their home form has been good, the Scarlets will not underestimate their visitors, who have done well in this fixture in recent times. The Llanelli-based region suffered a 28-10 defeat when they visited Thomond Park in March while the most recent meeting at Parc y Scarlets ended 30-27 in the Munstermen’s favour, with Leigh Halfpenny kicking all of the Scarlets’ points.

Munster have lost just twice away from home in any competition in 2021 – at Ulster in January and Leinster in the PRO14 final. The Irish province have won their last 14 matches against Welsh regions in all competitions.

It will be interesting to watch Marcus Smith this weekend, but his impact will come from the bench following Tommaso Allan’s fine debut for Harlequins. Instead, our focus is on the Scotland and former Edinburgh duo, who will make their Worcester Warriors debuts against Exeter Chiefs at Sandy Park on Saturday.

Adding the talented duo to their ranks was good business from the Warriors as Van der Merwe and Sutherland were also vital cogs in the British and Irish Lions squad on their recent tour of South Africa.

Sutherland saw action in the first two games of the three-Test series against the world champions while Van der Merwe was ever-present in all the Tests. They will be expected to give their new team an edge in what should be a difficult challenge for the Sixways-based club against Rob Baxter’s highly-rated charges.

Sutherland’s arrival is expected to provide a massive boost to Worcester’s forward stocks as apart from shining in his core duties, he is mobile and athletic with a good skill-set.

Meanwhile, Van der Merwe’s stocks have risen considerably over the past 12 months as his attacking skills and brilliant finishing make him a handful for any defence and he will be hoping to hit the ground running with a polished all-round display against his more fancied opponents.

The British and Irish Lion, who was unfortunate not to see game time in the South Africa Tests, returns to the Cardiff side for their clash with the Bulls. He will come up against the outstanding Coetzee in what should be a wonderful individual duel between the flankers.

They are both incredible over the ball and will be significant threats at the breakdown, while the two can also carry well. Coetzee is the slightly more destructive and, alongside Elrigh Louw, can cause damage to the hosts’ defence, but Navidi will no doubt be there to meet them head-on.

The Wales player is one of the best defenders around and gets through a mountain of work during a game. Although it is his first match for some time, which could give the edge to the battle-hardened Springbok international, Navidi usually gets up to speed pretty quickly. It should be thrilling battle between two top quality operators.

The full story as Dai Young makes five changes for tomorrow's visit of @BlueBullsRugby, including a return for Josh Navidi.https://t.co/s1xIaTNldp pic.twitter.com/Z9s3gnprVy

In the opening two weekends of the Premiership, Bath, Bristol, Exeter and Gloucester failed to register a win. There was also the unusual sight of seeing the previous season’s top-two finishers – the Bears and Chiefs – languishing at the bottom of the table.

Although three of those teams emerged victorious last weekend, they are all still in the lower half of the table.

Bath in particular are struggling and the pressure is mounting on boss Stuart Hooper, who has presided over a disappointing year at the club. They have a bye in Round Four to regroup but by the time the Rec-based outfit take on Saracens next week – another tough match coincidently – Hooper’s men could be cut adrift.

They may well be joined by Bristol, who have a tough match against Harlequins, but Exeter and Gloucester can feel slightly more positive about this weekend.

Sale are without several players due to injury and international call-ups, which means the Cherry and Whites will fancy themselves in front of their passionate home support on Saturday.

In the Premiership, table-topping Leicester Tigers and second-placed Northampton Saints’ unbeaten records will be tested away from home against London Irish and Wasps respectively.

The only other game scheduled for this round in England sees Saracens hosting Newcastle Falcons at the StoneX Stadium. It is a momentous occasion for Sarries as it is their first home match since their return to the top flight.

In the United Rugby Championship, the round kicks off on Friday with the Ospreys and Ulster hosting the Sharks and Benetton in their respective matches. The action continues on Saturday with Leinster, Glasgow Warriors, Edinburgh and Connacht facing off against Zebre, the Lions, Stormers and Dragons.