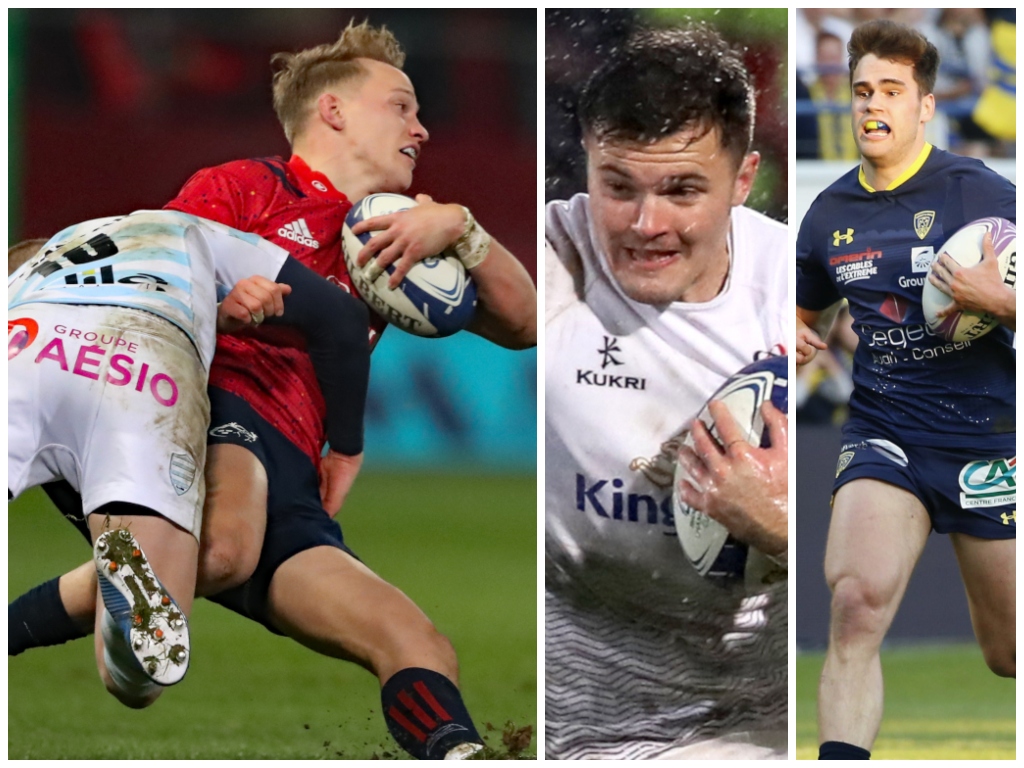 The short side returns to Planet Rugby as we study the major talking points ahead of this weekend’s fifth round of pool games in the Champions Cup.

Surprise package Ulster are currently sitting pretty atop Pool 3 on 17 points after four victories from four games, but Clermont are breathing down their necks on 16 after picking up four bonus-points from their three wins. This match therefore could well decide who finishes on the summit.

Both teams play an attractive style of rugby which bodes well for the spectator and we expect a high-scoring affair, as they have amassed 246 points combined so far in Europe this season. There are threats all over the field and one must applaud what Dan McFarland has done with the Kingspan Stadium side as to be in the box seat at this stage is some achievement.

Now, can they take what would be a significant next step in their journey as a team? To win at a venue few do would certainly give Ulster incredible confidence and, with Clermont having lost seven times in all competitions this season, one feels this is an opportunity to claim a major scalp.

There’s a man in form and then there’s @JCooney09 😍

Are you backing the @UlsterRugby star to steal the show once more when his side visit @ASMOfficiel this weekend? 🏉 pic.twitter.com/AjiDPi3L2U

Racing will look to secure their place in the Champions Cup quarter-finals when they face a struggling Munster side in Paris. A win will take them into the knockout rounds and also make it very difficult for the Irish province to qualify for the last-eight.

Johann van Graan’s men tend to save their best for Europe and their record over the years is remarkable, but they have faltered this season and are in real danger of failing to reach the next stage.

Their awful 38-17 defeat at the hands of Ulster in the PRO14 last week shows that significant improvements are needed if they are to overcome the Top 14 outfit. Although Racing have been inconsistent this season, particularly in their domestic league, their talent is not in question and they have excelled in the Champions Cup.

The Frenchmen were hugely impressive in the reverse fixture at Thomond Park and were unfortunate to only come away with a draw. They will therefore expect to do the job this weekend and give themselves a shot at sealing a home game in the quarter-finals.

Virimi Vakatawa is in stunning form while Teddy Thomas has deservedly received a recall to the squad and Munster will certainly have to watch that combination on Sunday.

It’s a huge game on home soil for Glasgow as they look to reduce the 10-point gap separating them and the Chiefs in Pool 2.

Yes, top spot is highly unlikely so their route to the knockout stage is going to be through a best runners-up place. Achieving that will be easier said than done though as Exeter are in outstanding form at the moment, even when they rotate their side, which means Dave Rennie’s men must put in one of their best showings of the season thus far.

They have the talent in their side to do that and, with many of their star players having been rested against Benetton last week, expect the Warriors to rise to the occasion against an Exeter outfit who are looking to become top seeds.

💬 "We’ll have to be just as accurate this weekend if we want to get the right result"@PetrusduPlessis is confident in the squad's ability to step up when it counts ahead of Saturday's #ChampionsCup clash with Exeter Chiefs at Scotstoun.

With a new era almost underway for Ireland under head coach Andy Farrell, there should be a few new faces making their bow in this year’s Six Nations. One could well be form number eight Deegan, who is flying right now.

Two tries and three assists were just the tip of the iceberg for this impressive Leinster back-rower against Connacht last weekend as he was outstanding throughout and retains his spot for this week’s home clash with Lyon.

If he can replicate anything like the kind of numbers shown below then surely Farrell has to name him ahead of CJ Stander as his starting number eight when Ireland take on Scotland in Dublin on Saturday, February 1?

Two outstanding talents are set to face off at the Marcel Michelin on Saturday in what will be an absorbing battle between both players and teams.

Penaud has covered both 13 and 14 for Clermont in recent seasons but for France under former head coach Jacques Brunel he was viewed solely as a wing. But wherever he plays, when Penaud is in possession he’s a joy to watch and can unlock defences in several ways and Ulster must do their homework on his threat.

Clermont will do likewise with Stockdale as they look to limit the impact he has in this fascinating fixture. For the neutral, one hopes these two classy operators see plenty of the ball on Saturday and if they do we’re in for a real treat.

Saracens are still in the hunt for the quarter-finals but much of the focus leading into this encounter has been on the salary cap fallout. The story is similar for the Ospreys, where off-field problems have dominated the discussion for the majority of the campaign.

It is therefore a contest between two teams that have made headlines for all the wrong reasons and no doubt game day comes as welcome relief for the respective sides. That is particularly the case for Sarries, who are threatened by relegation from the Premiership but are in good form heading into this match.

With domestic matters taking extra importance, Europe is much lower on the list of priorities but don’t be surprised to see the Londoners win this game comfortably and give themselves an excellent shot of making the last-eight.