Home Premiership Bath The short side: Back with a bang and rolling eights 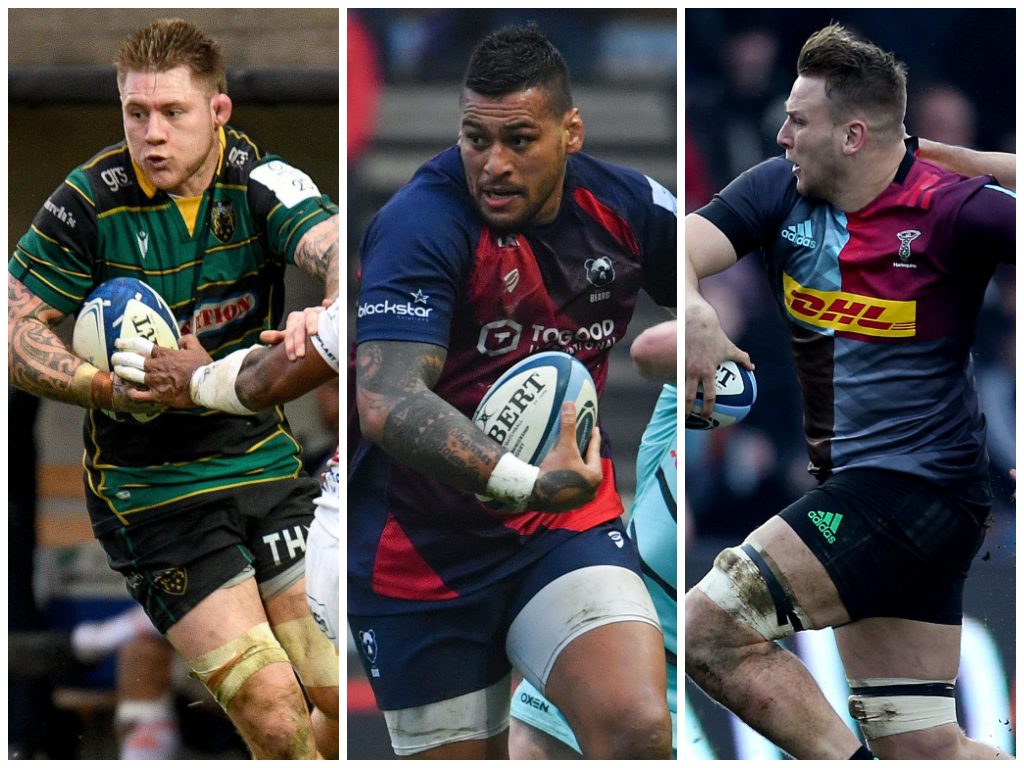 The biggest match of the weekend in England’s top-tier just happens to be the first one as Gloucester host Exeter in a West Country derby at Kingsholm. It is a contest between two title contenders with both teams currently occupying spots in the top-four.

For the Cherry and Whites, who reside in fourth position, they will be looking to consolidate their place in the play-offs, while the Chiefs will be attempting to extend their lead at the top of the table after a disappointing result in their previous league encounter.

Rob Baxter’s men succumbed at home to Sale Sharks in their last Premiership match, leaving them just one point ahead of Northampton Saints going into this clash.

They have been boosted by the return of a couple of key players in the shape of Scotland captain Stuart Hogg and scrum-half Nic White, but it is not necessarily those two that will completely alter their performance.

The Devonians were simply off the pace in the first half against Sale and Friday’s visitors will need a vast improvement if they are to overturn a talented Gloucester outfit.

Johan Ackermann has been able to called upon the services of influential playmaker Danny Cipriani, who returns from injury, while their excellent backline also contains Welsh flyer Louis Rees-Zammit.

After a break in the PRO14 competition, this game is a corker to come back to as the two pacesetters in Conference B face off in Llanelli.

Edinburgh currently lead the way on 34 points with Scarlets three behind, with Munster having relinquished top spot recently after a spell of poor form. Do not discount the Irish province, however, as they should be back on top by Friday evening after defeating the Southern Kings.

It is a shame these two sides colliding at Parc y Scarlets do not have their full squad to choose from due to Six Nations commitments but there’s still plenty of quality on show, with the likes of Steff Evans, Uzair Cassiem, Duhan van der Merwe and Mark Bennett standing out.

The reverse match between these two saw Edinburgh hammer Scarlets 46-7 at Murrayfield so revenge will be in the air from the Welsh side’s perspective. On that day, Van der Merwe scored a hat-trick so, as mentioned, he’ll be one to watch for the neutral, as well as the Scarlets’ defenders.

The powerhouse appears to be this season’s Don Armand; a player that on form should be in the England squad but one Eddie Jones continues to ignore. Billy Vunipola’s injury was supposed to open the door for the talented Harlequins number eight but Jones has instead opted to select flanker Tom Curry out of position.

However, the clamour continues for the Australian to bring in Dombrandt and, after receiving the Premiership Player of the Month award, it only adds credence to the youngster’s cause.

Following a breakthrough season in 2018/19, he has enjoyed another stunning campaign and starred in victories over Bath, Saracens and Exeter. Should the 22-year-old continue that impressive run, it surely can’t be long before Jones brings him into the fold, particularly if the Red Rose falter against Ireland and Wales.

It's that time again 👀

Scoring 2⃣ tries and playing a key role for @Harlequins, the number 8 doesn't look like slowing down anytime soon 💪 pic.twitter.com/v0CIWjc27s

Another along the lines of the number eight theme as Harrison and Hughes prepare to go head-to-head at Franklin’s Gardens. Similar to Dombrandt, they are players that are currently being ignored by the England head coach, despite their impressive form in 2019/20.

They offer slightly different skill sets, with Harrison the smaller and quicker back-row in comparison to the gargantuan Hughes, but both are remarkably dynamic.

It should be a thrilling contest between two individuals that are crucial components in their respective forward packs and a good performance on Sunday will see their stocks rise as they look to get back into the England squad.

The skilful Fijian has already made his second Glasgow debut, impressing as the Warriors thrashed Sale Sharks in the Champions Cup last month, but Nakarawa has had to wait to feature back on home turf.

After being sacked by Racing 92 for returning late from the World Cup, the Scottish outfit duly snapped up the 31-year-old and he will be a vital part of the squad as they look to secure a PRO14 play-off place.

Nakarawa showed his skills in that European victory and his off-loading ability will add a different dimension to the Warriors attack. Dave Rennie’s men are renowned for their attacking game but they have, at times this season, struggled to find their fluency with ball in hand.

This back five forward can provide match-defining moments, however, even if the team are failing to get front foot ball, and that ability is vital for the 2015 PRO12 winners.

Leone Nakarawa is playing a different game to the rest… pic.twitter.com/A3LO9OnEFl

Friday’s PRO14 action begins when Munster and Glasgow will expect to pick up maximum points against the Kings and Zebre respectively.

Then on Saturday high-flying Leinster host the Cheetahs before Conference A basement-dwellers Ospreys meet an Ulster side that will hope to consolidate second spot with a victory at the Liberty Stadium. Elsewhere, Connacht and Cardiff Blues face off looking to boost their slim chances of making the knockout stages while Benetton are also not mathematically out of the shake-up when they take on the Dragons in Newport.

In the Premiership, there’s a particularly intriguing fixture on Saturday when Saracens and Sale Sharks meet again, this time at Allianz Park, while it will interesting to see how Wasps fare at Leicester following news that Dai Young has taken a step back from the director of rugby job. The other game we’ve yet to mention comes from Sixways Stadium where it’s eighth v seventh as Worcester host Bath in a key match in the play-off race.