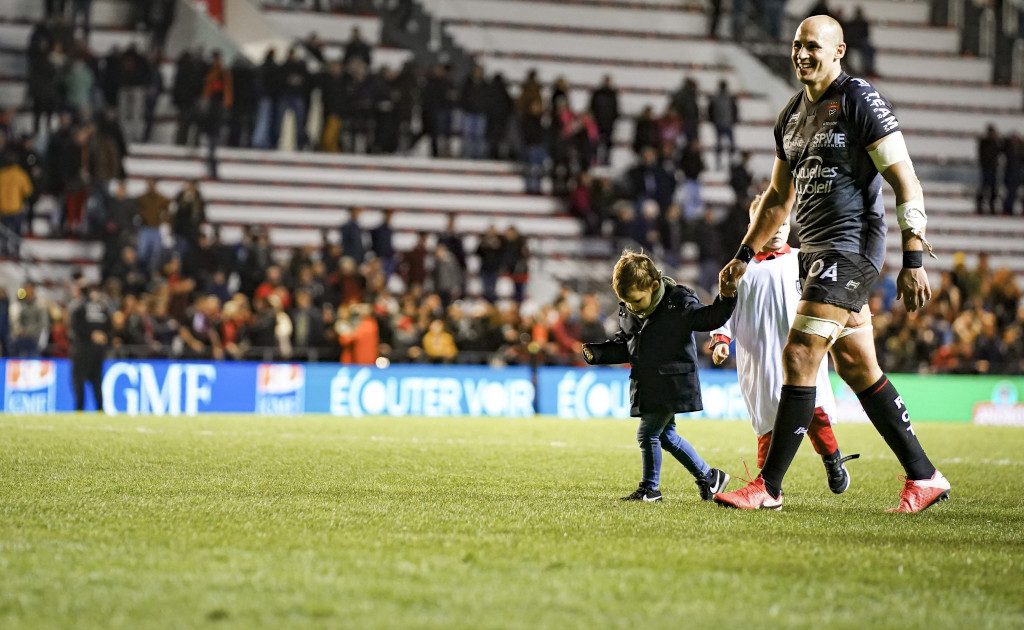 Every now and then, professional sport gives us a player that transcends both the spirit and the physics of the discipline they excel at.

Senna, Ballesteros, Pele and Botham are such examples – free spirits with abundant talent but able to play their best with a smile on their face and realise ability and skill that staggers those who watch.

In rugby, there’s a number of backs that would fit the bill – Christian Cullen, Jonah Lomu, David Campese and many more, but up front in the fat boys, very few would be even mentioned in the same breath as the great Italian, Sergio Parisse, who on Friday announced his retirement from the game at the end of this coming season.

For something approaching 20 years of professional and international rugby, Parisse has dazzled, tantalised and dared. He is one of the last of the Corinthians, a man that believed he could do everything on the pitch, a player with a skillset so unique and complete that he could realistically (and often did!) play any position on the pitch from lock to full-back.

Former England scrum-half Pete Richards, who spent time with the young Parisse at Benetton, used to tell people that there were three international nines in Treviso, yet according to Richards, Parisse had a longer pass off either hand than any of the specialist trio and boasted a longer and more accurate kicking game. His kicking out of hand netted him a career 16 drop goals, including a 30 metre effort v Scotland at Test level, his fielding of the high ball in the back field led to almost every team in the world copying him and using their number eight as one of the back two of a pendulum defence and his offload passing has even been referenced as a career influence by the great dual code centre Sonny Bill Williams.

“When I arrived at Stade in 2008, I was obviously aware of Sergio and his skills, but what amazed me was his ability to deliver audacious plays under ridiculous pressure,” Phillips explained.

“From a playing perspective he did things others simply couldn’t think of doing, but he had the confidence, execution and vision to do them in high pressure matches in ridiculous scenarios!

“Ordinary was simply not enough for him; I well remember playing against a star studded Toulon side and we were two or three points behind with a few minutes left to play; we had a scrum on our line, Sergio flies off the back, beats three defenders with footwork that Jason Robinson would have been proud of, drives through another to make fully 25 metres and as he does so, offloads to our wing from behind his back to go the length of the pitch to score under the posts. Unbelievable audacity, incredible skills under pressure but also the sheer bravery to try and deliver something exceptional,” he admired.

“When he played for Italy, he spent 142 caps playing into a headwind – no easy games and always on the back foot, yet on virtually every occasion, he was the best player on the pitch. He’s the last of that 2003-2019 golden generation of players to hang his boots up and it’s a testimony to his fitness that he’s played for so long.

“However, it was off the pitch that you realised what a humble guy he was. I well remember when my mother remarried later in life – I asked Sergio to do a phone video for her, wishing her luck – he turned up under the Eiffel Tower covered with red roses and said to camera to my mum in his best ‘Godfather’ accent: “You were the only girl for me. I am heartbroken – that man Guy (her husband to be)… he befriended me, he came to my house, he ate my pizza, he drank my wine and now he steals my girl…!” – all delivered with a poker face and no less crocodile tears. I was absolutely howling with laughter and of course the happy couple loved every minute of the empathy Parisse showed them and always showed throughout every part of his life and career,” laughed Phillips.

When Parisse spoke exclusively to Planet Rugby in 2020, he confessed he was desperate for ‘one last dance’ in the Azzurri shirt of Italy. For various reasons, that never came to pass – Covid being a crucial one – but last season, for Toulon, there were flashes of the great galloping eight, moments of genius, but Parisse himself admitted that his body was getting harder and harder to keep maintained for the standards he sets himself.

“The memories I have of the big games will live with me forever. The crowds, the noise, the colours are all things that stay with you as a player,” Parisse told us.

“Nothing will ever replace running out in places like Paris, Twickenham, Dublin and Cardiff; that feeling of the passion of your support, and also importantly, of the opposition supporters too, is something so special and something I am so thankful to have experienced.

“Emotional intensity is key and is something I’ve tried to capture and deliver through the team as a player and captain. As a leader, you have to set an example, whether that be through technical performance or from raising emotional input and when I look back over my time, I’m comfortable that I did my best, both in fulfilling personal ability and getting the best out of the team-mates around me.”

For the next eight months, the Toulon faithful will have the privilege of watching one of the greatest exponents of back-row play the game has ever seen. You can bet your bottom dollar Parisse will want to go out like the Italian supercar he’s always been – with his engine revving and roaring and his wheels spinning as he drives his new side to new heights.

Our only advice to you is if you’re in the south of France, go and watch him before it’s too late. And whilst you’re there, cheer him and support his genius – remind him of how much we as rugby fans admire him and respect him – he deserves it – as you can be absolutely sure the sport will never see another player of his unique skillset ever again.