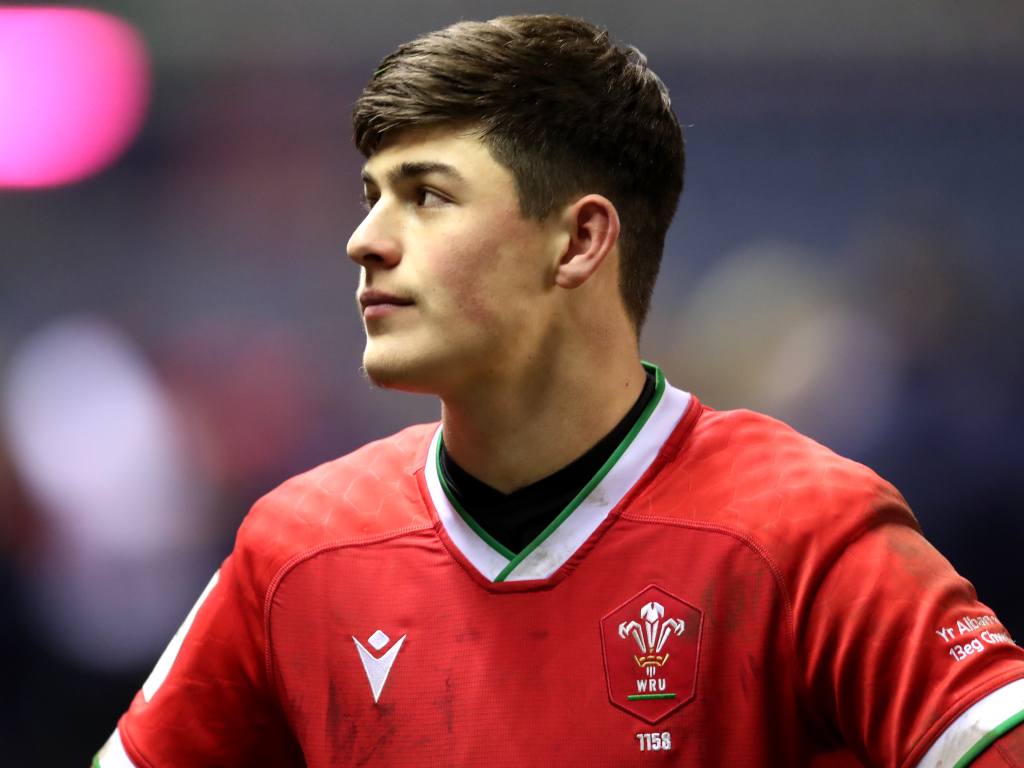 Gloucester’s junior academy manager Alex Guest is not surprised that Louis Rees-Zammit has made a blockbusting impact on Test match rugby.

Guest worked closely with the Wales wing sensation after he arrived in the west country as a 16-year-old Hartpury College student.

And in the space of four remarkable years, Rees-Zammit has gone from starting his rugby apprenticeship to graduating on the Six Nations stage by scoring a stunning match-winning try for Wales against Scotland at Murrayfield.

He is also being widely tipped to tour South Africa with the British and Irish Lions this summer if that three-Test tour takes place.

Guest, though, knew from the moment he witnessed Rees-Zammit’s raw talent that he could be something special.

“We’d had Louis in for a couple of sessions with the junior academy at Gloucester, and then he played for our under-17s against Cardiff Blues under-18s,” Guest said.

“We put him at outside centre, and on a plastic pitch with lots of space, he just absolutely tore it up. We knew early doors that he had something exciting.

“He is a thoroughbred, and his attitude and willingness to understand about what needed to happen to go the next level, you couldn’t fault it.

“When I was coaching him, I probably frustrated him at times! But that’s my role, to check and challenge his understanding of skills and when appropriate to use them.

“He would play wing for Hartpury, and we would try and push him as a 13. The only reason to do that was for him to try and get his hands on the ball as much as possible so he was not relying on his pace all the time.”

Rees-Zammit was so good that he by-passed Gloucester’s senior academy and made his first team debut at the age of 17 against Bath at Kingsholm.

“He had played in an A League game against Bristol at Clifton,” Guest added.

“He came on, and I think there was only about 10 minutes left. He took a kick-off – you can’t really write this stuff – beat four forwards from his own 22, then beat the scrum-half and full-back.

“And as luck would have it, where he scored his try, Johan Ackermann (then Gloucester head coach) and David Humphreys (then Gloucester rugby director) were stood behind the posts. He could not have scored the try in a better position!

“His first year in the senior squad, it was almost like everything he touched turned to gold.

✍️ Read through the takeaways from the #GuinnessSixNations round. https://t.co/OOFAxtv3Xv

“There was a game away to Connacht, where he beat somebody, was being tackled into touch, but threw a blind off-load, it went to hand and we won the game.

“There were a couple of times when he would be running at full tilt, and he is picking up passes off his toes. For most people that’s a 50-50 situation, but it was almost like his hands have got magnets in them and he is not going to drop the ball!”

It is difficult to comprehend that Rees-Zammit, who only turned 20 a fortnight ago, has played just 33 games for Gloucester and Wales.

But 21 tries across that career for club and country highlight what rich quality he possesses.

“Whatever level he has played at and whatever challenge we have thrown at him, he has risen to it,” Guest said.

“He has never been about ‘just give me the ball, and I will score’. He has always been a team player, and he will use other attributes to help the team win.

“He knows that he is quick, but if you ask him how quick, he will always make a joke and play it down. He knows if he gets the ball, he will back himself. At every level, he has proven he can beat the best players.

“When you are performing like he is at the moment, you have just got to ride the wave. I think he is going to be an exciting player for a long time.”