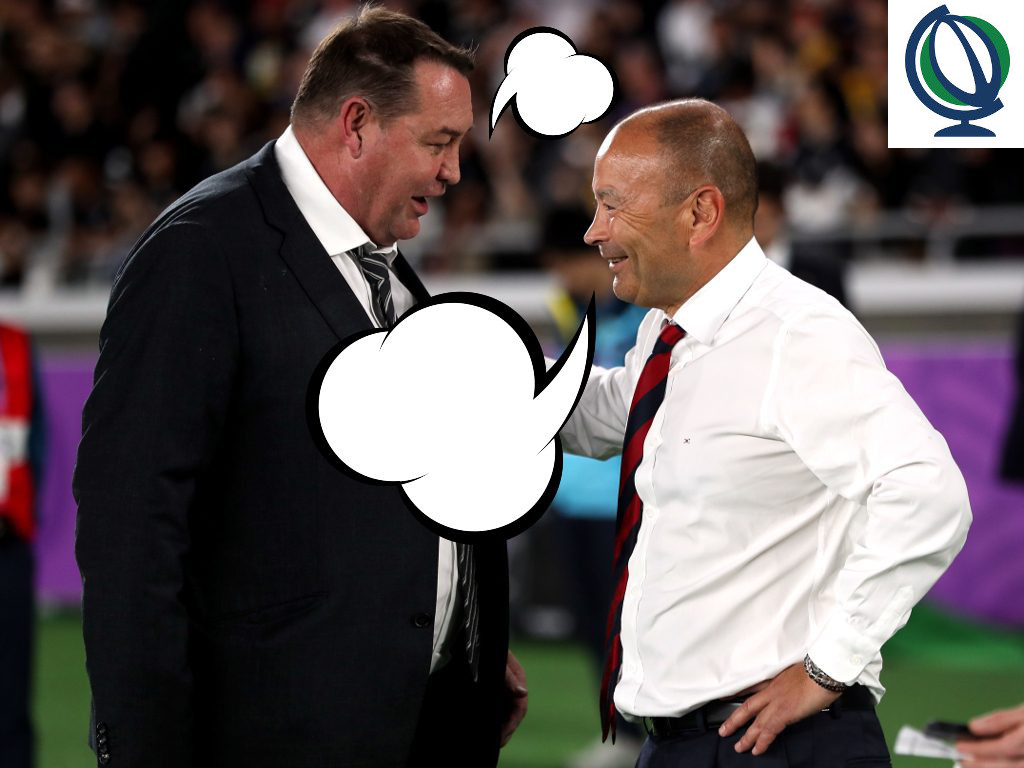 Planet Rugby puts together the finest, funniest and most memorable remarks from rugby union in 2019.

How many of these can you recall before seeing who said what during the Six Nations, World Cup and more?

“He is aware of it, as are other players. He has been involved in a couple of incidents this Six Nations. Emotionally he can be a bit of a time-bomb. We will not be going out to antagonise him but the big challenge for him is to keep his emotions under control.” (Warren Gatland on Kyle Sinckler before Wales played England. Sinckler was subsequently yellow carded)

“We have been preparing for this game a hell of a lot longer than the Irish have. The last year at least, if not the last three years. The Irish have been thinking about this game since Monday.” (Jamie Joseph on Japan’s preparations for Ireland game)

“I take allegations of racism personally because if you use racist words against the average man in the street then you can easily use it against me as well. By simply accepting Etzebeth’s word and not launching an investigation, SA Rugby missed an opportunity to show that they are serious about stamping out racism. I therefore cannot support the Springboks at this year’s World Cup.” (Pieter de Villiers after Eben Etzebeth allegedly made racist slurs)

“The only thing I’m worried about now is having a few beers. And after we have a few beers today we’ll probably have a few more beers tomorrow. And then probably Monday.” (Eddie Jones following World Cup final)

“In South Africa, pressure is not having a job or if one of your close relatives is murdered. In South Africa there are a lot of problems, which is pressure. We started talking about things like that. Rugby shouldn’t be something that creates pressure; it should be something that creates hope. We have a privilege of giving hope – it’s not a burden.” (Rassie Erasmus following World Cup final)

An eloquent response from @Springboks head coach Rassie Erasmus on the meaning of pressure for South Africans outside of rugby #RWC2019 pic.twitter.com/pvzLjrK9gZ

“I think it’s quite a disrespectful question, to suggest that the All Blacks turned up not being hungry. If you want to spend some time outside I’ll give you a rugby education on that one.” (Steve Hansen calls out journalist following semi-final defeat)

“You f***ing s***house.” (Steve Diamond snaps at journalist after game against Gloucester)

“Look how rapid, these bushfires, these droughts, all these things have come, in a short period of time. You think it’s a coincidence or not?” (Israel Folau comparing the recent tragic bushfires in Australia as God’s way of punishing the country for legalising same-sex marriage)

“It’s a cruel, cruel world when you’re asking those questions two minutes after being knocked out of a World Cup. If you can find it in your heart, ask the relevant questions. Show a little more compassion for someone who is hurting. Think about someone’s feelings and just chill.” (Michael Cheika after World Cup quarter-final defeat)

“Perhaps we have done the wrong thing for the right reasons, but we must now draw a line and come together as Saracens to fully support our players, our coaches and our hard-working staff.” (Nigel Wray on deciding against appealing salary cap breach findings)

“They should be relegated. They’re cheats. It’s a simple as that. They brought the game into disrepute.” (Exeter’s Tony Rowe was not happy with Saracens)

“That’s how we play. That’s the way we play footy. We’re not going to go to a kick and defend game. We’d rather win our way or no way. That’s the way Aussies want us to play.” (Michael Cheika defends style of play after quarter-final defeat)

“I didn’t drop him, I changed his role, and he was brilliant. Maybe you guys need to start reporting differently. Rugby has changed. Come and join us in modern rugby. Give me your email and I’ll send you an invite.” (Eddie Jones saying to a journalist that the game has changed after asking why George Ford was ‘dropped’)

“Rugby Australia and NSW Rugby do not in any way agree with the content of the social media post. Inclusiveness is one of rugby’s core values and it welcomes all people to the game, including all members of the LGBTI community.” (Statement after reaching settlement with Israel Folau)

“We have seen in previous World Cups that teams sometimes play their final in semi-finals and don’t always turn up for a final.” (Warren Gatland on England after the semi-finals were completed)

“Just send my best wishes to Warren and make sure he enjoys the third and fourth place play-off.” (England head coach Eddie Jones’ reaction to that comment from Gatland)

“I’ve never been involved in a game like that as a player or a coach. Especially when you think about the team that we are up against and what a good defence they have got so yeah, it is the most unusual game I have been involved in.” (Scotland head coach Gregor Townsend after his team’s 38-38 draw with England in their Six Nations Test at Twickenham)

“I never thought this would happen… at all. When I was a kid, all I was thinking about was getting my next meal.” (Springbok captain Siya Kolisi when asked if he ever thought of winning the Rugby World Cup while growing up in South Africa)

"When I was a kid all I was thinking about was when I was getting my next meal." 🇿🇦@BryanHabana – 'I know Madiba is up there smiling down on you.' 👏

“I don’t know whether I’m getting soft in my old age, but when you see young men grow over an eight-week period, I’m really proud. Proud is the word to represent the country. It’s very simple, that was the message before the game: be proud to represent who you are and where you’re from and if you work hard, you get your rewards.” (Wales captain Alun Wyn Jones after his side’s 25-7 win against Ireland in Cardiff – a result which secured them a Six Nations Grand Slam)

“I can’t remember anything really from the final. They said I came back out, but I can’t remember that.” (England front-row Kyle Sinckler after being knocked unconscious during the early stages of the Rugby World Cup Final)

“The Durban press are a bunch of cockroaches. I would say this was a team playing for each other. All the terrible press that this team and the management have been getting over the last month‚ is just a complete a joke.” (Sharks head coach Robert du Preez after his side’s 12-9 win over the Stormers in the last round of the league phase of Super Rugby)

“If anyone was going to win the World Cup, I’m glad it was him. He’s such an honourable man.” (Kyle Sinckler on Kolisi, who lifted the Webb Ellis trophy in Japan)

“No one thinks we can win, there’s no pressure on us, we’re going to relax and have a great week. New Zealand will be thinking about their ‘threepeat’. They talk about walking towards the pressure but this week the pressure is going to be chasing them down the street.” (England head coach Eddie Jones ahead of his team’s Rugby World Cup semi-final victory over New Zealand)

“They made a decision and it went the other way. It’s nothing personal. They chose him and I get to coach a team that I love coaching.” (Crusaders head coach Scott Robertson on missing out to Ian Foster for the All Blacks’ head coach position)