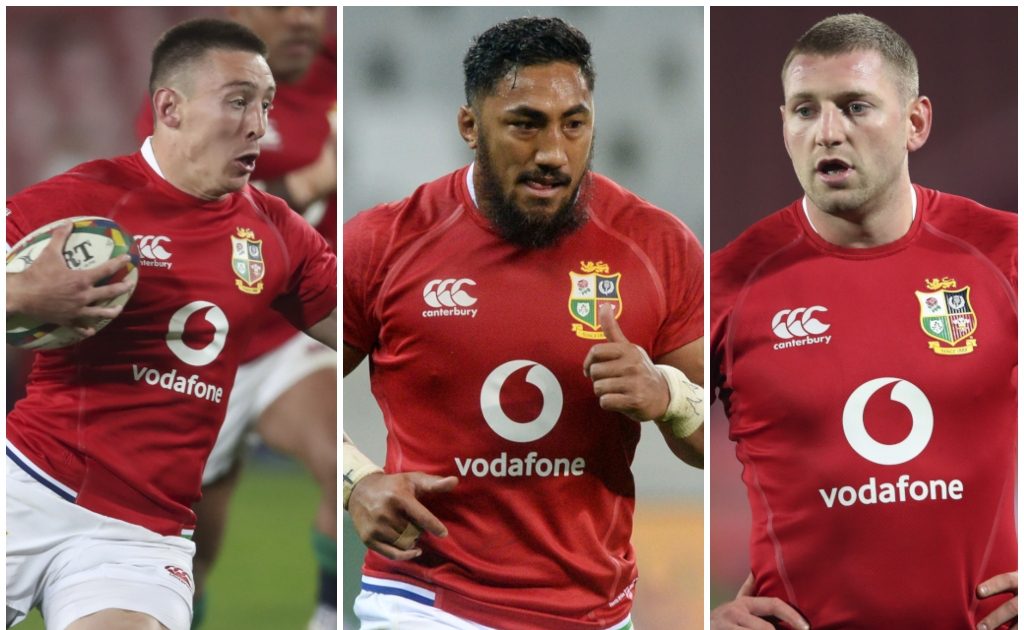 Following the British and Irish Lions’ poor display against South Africa in the second Test, Planet Rugby takes a look at the alterations head coach Warren Gatland may make ahead of the winner-takes-all clash.

The obvious issue was at wing and full-back with Duhan van der Merwe and Stuart Hogg both particularly struggling. Many were surprised that Josh Adams was left out of the squad in favour of the South African-born Scot and the Welshman certainly comes into the equation, especially if the Lions persist with their one-dimensional style.

The selection of Van der Merwe and Hogg were completely understandable if the tourists wanted to play a bit wider and move the ball through the hands but, with so much of the contest down to the kicking and chasing games, Adams and Liam Williams are more reliable under an aerial bombardment.

Without Hogg, Gatland’s men do lose a kicker and playmaker to complement Dan Biggar but he has not exactly been a factor in attack due to the Lions’ game plan.

Anthony Watson may keep his place, given that he was the best of a bad bunch and also did well with limited ball in the first Test, but the visitors’ coaching staff will look to shore up that back three.

Williams, and particularly Adams, will still add plenty with the ball but they are slightly different players to the Scottish duo and, as a result, Gatland may also look for a bit more ballast in midfield, which leads onto…

Without Van der Merwe’s power, the Lions may look to add that elsewhere and the inclusion of Bundee Aki would make sense.

Chris Harris played reasonably well on Saturday but he doesn’t have the sheer grunt that Aki provides and bringing the all-Ireland centre partnership together would bolster that midfield combination.

There is the option of potentially starting Owen Farrell at 12, something we would support if the Lions had shown a willingness to be a bit more expansive, but there is no point with the ball rarely moving past 10.

At least having Aki at inside centre gives them an excellent carrier off set-piece ball. They then have the all-round talents of Robbie Henshaw at 13, which would suit the way they are currently playing.

As well as their issues under the high ball, they failed to win the gain line and put the Springboks’ excellent defence under any sort of pressure.

The presence of Aki will give them a better target from first phase and then hopefully the Lions can show a bit more variety, but there seems to be a very conservative mindset around their camp and that is very difficult to change in a week.

There are more positions Gatland may look at in the starting XV, with number eight and fly-half two slots that are particularly up for grabs, but it is on the bench where the Lions will look to add a bit more punch.

The replacement front-row, so effective in Test one, were utterly abysmal in the second clash. Kyle Sinckler may well be forced out of the squad if he is banned and that means Zander Fagerson will feature.

We would retain Sinckler if that citing is dismissed as our main concern is in the other two positions. Ken Owens really struggled in the lineout and Jamie George remains the Lions’ best set-piece hooker, while our favourite to start at loosehead prior to the series, Rory Sutherland, has struggled in the Tests.

If fit, Wyn Jones will come in and he could be joined by fellow Welshman Adam Beard or Ireland’s Iain Henderson. They may well go for a 6-2 split, therefore retaining Tadhg Beirne, but we would stay at 5-3 and bring Henderson into the fold.

Beirne isn’t really doing anything in his slot. It has been a surprise to see Alun Wyn Jones go the full 80 twice but, as a result, it means the Irish utility forward has been a pointless addition to the bench. He either starts ahead of Courtney Lawes or is taken out of the 23, with Henderson replacing him.

In the backs, Ali Price should stay as the bench scrum-half option and alongside him there has to be a point of difference, which is why Gatland must bring in either Finn Russell (if fit) or Marcus Smith.

The replacement fly-half doesn’t necessarily need to come on if all is going well for the Lions in the third Test but they have the ability to alter the momentum with a piece of brilliance should the tourists be behind.