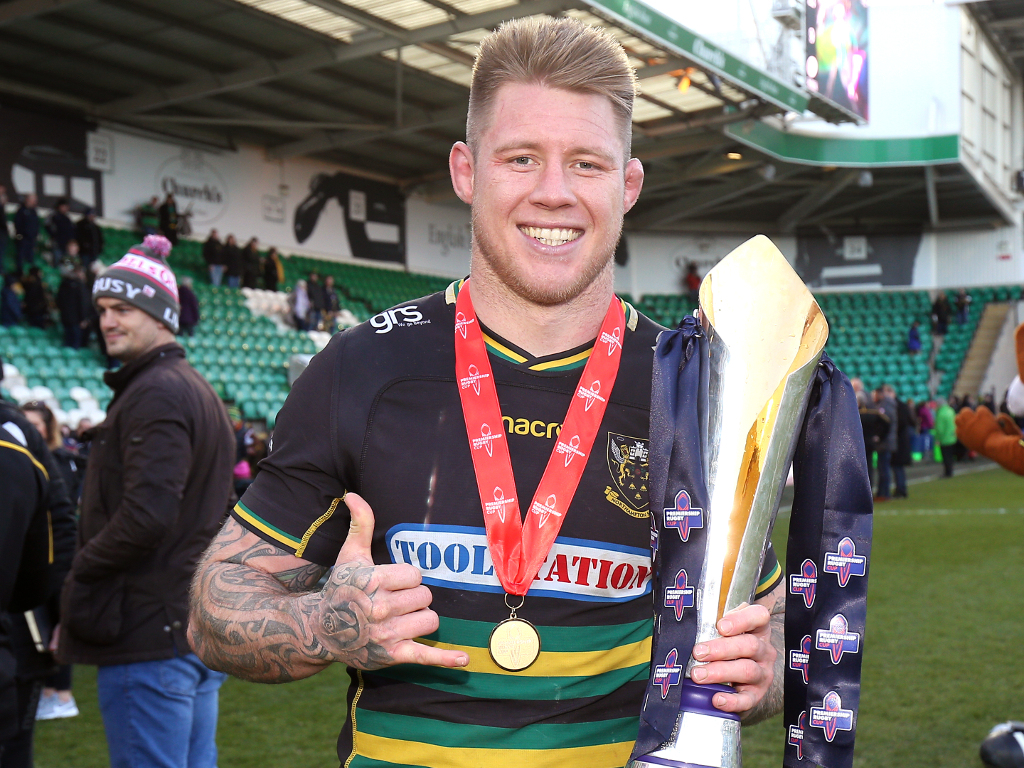 Northampton Saints have announced that prop Alex Waller and back-row Teimana Harrison will co-captain the squad for the 2019/20 campaign.

The duo share nearly 400 appearances in Black, Green and Gold between them, with Waller also leading Saints last term as they finished fourth in the Premiership, reached the knockout stages of the Challenge Cup, and lifted the Premiership Rugby Cup trophy.

Harrison however also skippered the side on several occasions in 2018/19, and after showing his ability to lead from the front with his hard-hitting, abrasive playing style, Saints director of rugby Chris Boyd admits he had no hesitation in handing over the armband to the England international on a full-time basis.

“Teimana leads by example within our group and is respected by absolutely everybody throughout the club,” he said.

“He skippered the side superbly when called upon last season and I’m delighted to see him embrace this new role; he’s relishing the opportunity and understands the significance of representing this proud rugby community as co-captain of Northampton Saints.

“Alex and Teimana have now played in the same side for eight seasons and I’m sure their relationship will grow even further as they lead the squad together.

“After pretty much ten years in a leadership capacity, Dylan Hartley decided to step away from the captain’s role this year – but he will continue to be a significant and influential member of our group.

“Dylan was responsible for Teimana coming over from New Zealand and pulling on a Northampton jersey in the first place, so I know he’s seriously proud to now hand over this responsibility to him and to help him adapt to the job at hand.”