Home Uncategorized Team of the Year 2016 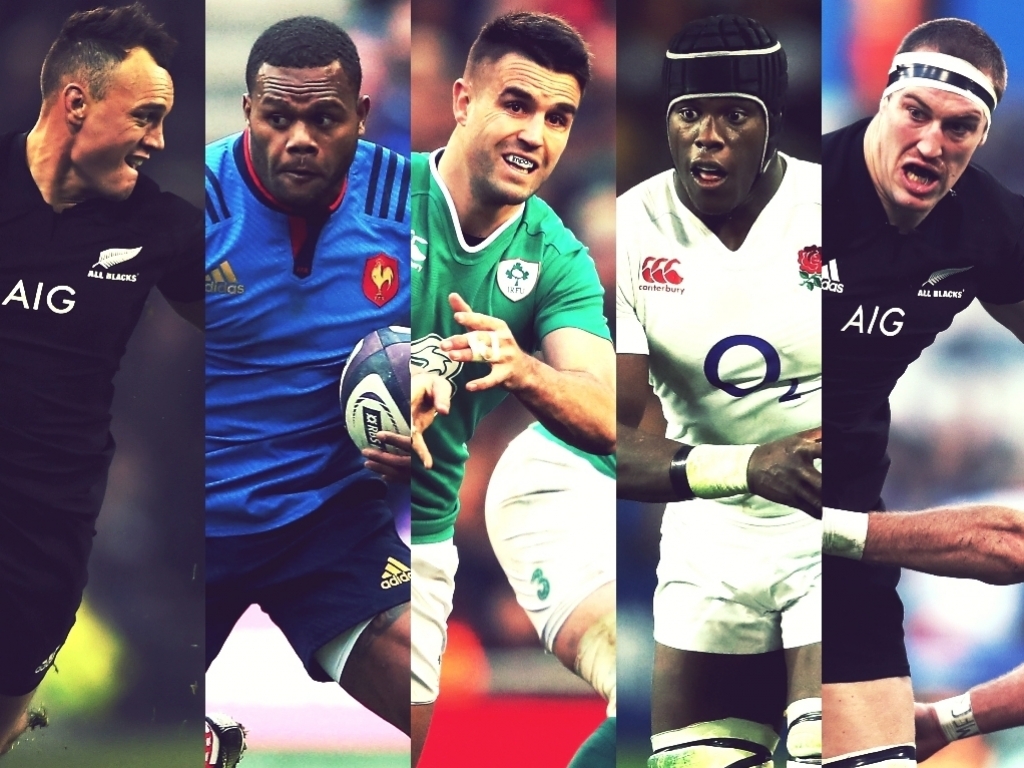 Where did the last twelve months go? Ahead of Christmas our team sit down to select the Planet Rugby Team of the Year.

Post-Rugby World Cup years are notoriously quiet however 2016 has been anything but, given England’s run, Ireland’s win over the All Blacks, Connacht stunning the PRO12 and the Hurricanes sensational play on the way to their first Super Rugby title, not to mention Saracens’ double.

Every competition has played a part in our thinking for this award, and in a change to previous years, our side only differs slightly to the Readers’ Team of the Year from earlier this week.

Congratulations to the 15 players listed below and all those who received votes.

15 Ben Smith (Highlanders and New Zealand): Mr. Consistent for the Highlanders and New Zealand for as long as we can remember, Smith raced into our number 15 jersey as he saw off Australia’s Israel Folau by five votes to one. His kick returns cause so much damage as he has the ability to get off the mark in quick time while he changes direction effortlessly. Smith’s try against Argentina in Hamilton truly was something special.

14 Israel Dagg (Crusaders and New Zealand): By four votes to one to Ruan Combrinck and Dane Haylett-Petty, who both impressed for the Lions and Force in 2016, Dagg slots into our 14 shirt. After missing out on New Zealand’s World Cup-winning squad due to a dip in form, Dagg responded with a bang this year and looked back to his best as he bamboozled defences with skills, pace, steps and kicks. On his day Dagg is a joy to watch.

13 Jonathan Joseph (Bath and England): Helped his country achieve a flawless 2016 with his line-breaking ability proving vital against the likes of Australia in June. He takes the jersey by four votes to two from inspirational Connacht centre Bundee Aki, who helped his province win the PRO12 title in a fairytale campaign. But Joseph, who scored three tries in the Six Nations and eight in all Tests this year, gets our pick.

12 Owen Farrell (Saracens and England): Competition here from Wesley Fofana and Robbie Henshaw, but 2016 will be looked back on as the year that Farrell ditched the “goalkicker” tag around his neck and showed real strides both in attack and defence. Farrell tasted club success with Saracens, guiding them to the Premiership title and a first Champions Cup victory, while playing a key role in England’s run to an unbeaten year.

11 Virimi Vakatawa (France): An open field for the left wing slot as Vakatawa emerged triumphant over Nemani Nadolo, Charles Piutau, Simon Zebo and Julian Savea. Vakatawa defied convention by starting for France in the Six Nations having not played XVs for some time, and throughout that tournament and the November Tests impressing with his size and speed. A huge threat to defences, and as France progress, watch out.

10 Beauden Barrett (Hurricanes and New Zealand):  Unanimous selection and rightly so, as the World Player of the Year walks into this ten shirt. No doubt about it, his goalkicking needs work, but Barrett’s ability to break up the gain line through passes and kicks or using his own speed has been unrivalled this year. He has dominated matches and lifted a Super Rugby title with the Hurricanes, and the Rugby Championship with the All Blacks.

9 Conor Murray (Munster and Ireland): The big number nine has had a spectacular season in Munster and Irish colours scoring important tries at pivotal moments while providing crisp delivery to his team mates. Nominated for Six Nations Player of the Year. He was brilliant in Ireland’s three-Test season against South Africa and instrumental in Ireland’s historic 40-29 victory over New Zealand in Chicago. All Black scrum-half TJ Perenara deserves a mention for seamlessly replacing Aaron Smith as the New Zealand starting nine.

8 Billy Vunipola (Saracens and England): The Australian-born juggernaut has struck fear in the opposition defence all year. Man of the Match in three of England’s games in the Six Nations, against Scotland, Ireland and France, he then was an indispensable part of the England side that white-washed Australia. His involvement for Saracens was also vital after his side won the Premiership and the Champions Cup. Picked unanimously.

7 David Pocock (Brumbies and Australia):  The inspirational player was unfortunate to be part of two sides that had disappointing runs in 2016, but nevertheless was still incredibly effective, particularly with his defence and turnovers in November. Pocock’s ball-poaching was nearly unmatched while providing a great running option, but his biggest influence was leadership for the Brumbies and Wallabies. Fellow Australian Michael Hooper gets a shout for being consistently brilliant throughout the season.

6 CJ Stander (Munster and Ireland): What a year the South African-born loose forward has had. Stander has established himself as one of the best flankers in world rugby with consistent performances for club and country. Stander’s exploits were capped off when he received the Rugby Writers of Ireland Player of the Year award and he is a virtual shoe-in for the British and Irish Lions tour in 2017.

5 Maro Itoje (Saracens and England): One of the finds of 2016. Itoje made his debut for England in the Six Nations and hasn’t looked back since, establishing himself as a first-choice for his country. His performances for Saracens saw him named European Player of the Year for 2016 while Itoje has even been touted as a possible contender to captain the Lions to New Zealand. Joe Launchbury and Leone Nakarawa were nominated.

4 Brodie Retallick (Chiefs and New Zealand): Still the best lock in the world, Retallick is still the heart of the All Black engine room up front. His consistency is remarkable and his work-rate second to none. He made 92 tackles in Super Rugby and 45 in the Rugby Championship, stole lineouts for the Chiefs and two for New Zealand, while he also makes the occasional turnover. Simply a complete second-row. Nominations for Alun Wyn Jones and Pieter-Steph du Toit.

3 Tadgh Furlong (Leinster and Ireland): The Leinster strongman was an overwhelming choice for our team after garnering a full house of six votes. The 24-year-old has been superb throughout the year and must now be one of the first names on Ireland coach Joe Schmidt’s teamsheet. A strong scrummager, who also does his bit with ball in hand and in defence, Furlong is a shoo-in for the British and Irish Lions’ number three jersey on their 2017 tour to New Zealand.

2 Dane Coles (Hurricanes and New Zealand): 2016 was a year to remember for Coles as he delivered several impressive performances for both club and country. As Hurricanes skipper, Coles led from the front and was rewarded with the Super Rugby title for his efforts. Blessed with the speed of a back and brilliant ball skills, Coles also played a leading role for the All Blacks as they broke the record for successive wins by a tier one Test nation. He picked up five out of six votes with Ireland’s Rory Best also receiving a mention.

1 Mako Vunipola (Saracens and England): One of several England success stories in 2016, the older of the Vunipola brothers’ game has come on in leaps and bounds under the guidance of Eddie Jones. The 25-year-old performed well at his core duties but it was as a ball carrier where he really caught the eye and he too should be a certainty for the Lions next year. Vunipola’s selection was fairly straight forward as he beat out his nearest rival – Springbok Tendai Mtawarira – by five votes to one.