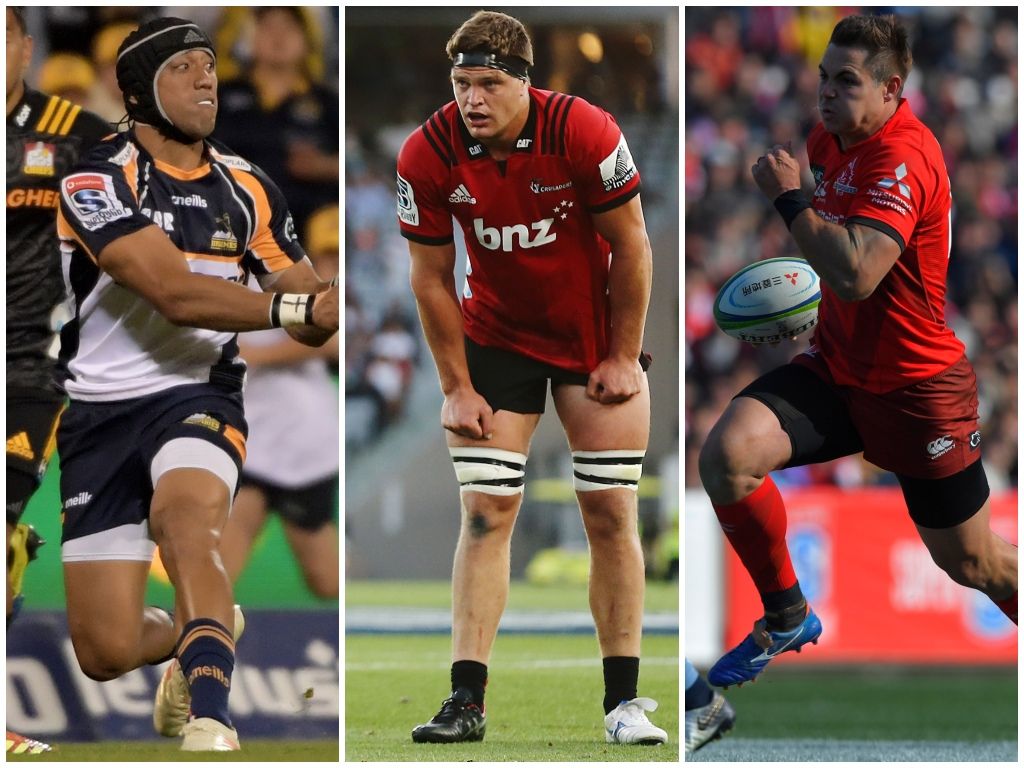 With the dust having settled on Round Two of Super Rugby, we have gone through the action to pick out the best players from the weekend’s action.

Unsurprisingly our XV is well stocked with Brumbies after their 54-17 win over the Chiefs with five included, while there’s a good mix completing this week’s line-up.

Team of the Week: Super Rugby, Round Two

15 Tom Banks (Brumbies): The first of our Brumbies is Banks, who was outstanding in their victory over the Chiefs. His early try showed just what pace he possesses as he scorched his way to the whitewash, finishing with six defenders beaten in the game. Israel Folau deserves a mention for his shift in Tokyo as he scored a brace and looked in devastating form in their narrow win over the Sunwolves.

14 Gerhard van den Heever (Sunwolves): Van den Heever rolled back the years on Saturday with an all-action outing that almost helped the Sunwolves to victory. His two-try performance was complimented by strong carries as he showed his poacher’s instinct on a rugby field. He sees off offload king Manasa Mataele of the Crusaders and Andrew Muirhead of the Brumbies, who was a strong carrier throughout.

13 Tevita Kuridrani (Brumbies): Another player looking back to his best form was Kuridrani in that Brumbies triumph over the Chiefs. When he attacks the midfield defence there are few more devastating than the Wallaby and he nudges out fellow countryman Jordan Petaia here, while Jack Goodhue was strong on his return for the Crusaders and Matias Orlando did well for the Jaguares.

12 Ryoto Nakamura (Sunwolves): The second Sunwolves player to make it is Nakamura after he brilliantly laid on two tries over the weekend. Samu Kerevi impressed for the Reds but check out these assists from Nakamura and you’ll understand why he made the cut.

11 Ben Lam (Hurricanes): Initial mentions go to Chance Peni for his brace while Makazole Mapimpi also performed admirably for the Sharks. However, the powerful Lam helped inspire the Hurricanes in the second period in Christchurch, claiming two tries as they denied the hosts a try bonus-point.

10 Christian Lealiifano (Brumbies): Quite possibly the performance of the round came from veteran Lealiifano as he was at the heart of all that was good about the Brumbies. The 31-year-old was intelligent, decisive and offered a running threat on Saturday as he had a hand in plenty of scores. Richie Mo’unga, Josh Ioane and Rob du Preez were next in our order.

9 Joe Powell (Brumbies): Joining Lealiifano at half-back is team-mate Powell, who made the most of his armchair ride over the weekend. His incisive passing sent his Brumbies runners at the weak points in the Chiefs defence and he crucially stuck to his task and did not overplay his hand, letting his pack and midfield do the damage. Next in line, Reds scrum-half Moses Sorovi, deserves his mention.

8 Lachlan McCaffrey (Brumbies): Has put himself in contention for the Wallabies after a hugely impressive display against the Chiefs. Michael Cheika has struggled to find the right balance in the back-row but McCaffrey may well be the answer after scoring one try and creating another, and carrying excellently in traffic, making 25 metres from 10 carries.

7 Kwagga Smith (Lions): The Johannesburg outfit may have lost but the openside put in another superb shift, scoring the first try and being a constant threat with the ball. Smith was also the game’s top carrier with 14, running for a team-high 35 metres, and did some great work defensively after making 10 hits. Was unfortunate to be on the losing side but the flanker’s team-mates didn’t quite match his efforts.

6 Shannon Frizell (Highlanders): Similar to McCaffrey, this performance will have alerted his national selectors following a two-try showing against the Reds. With the All Blacks struggling to fill the blindside shirt towards the end of last season, after Liam Squire’s dip in form, Frizell must surely be in contention. The Jaguares’ Pablo Matera was perhaps unfortunate not to get into this XV but, with an impressive 57 metres made and 11 tackles, the Highlanders man more than deserves his place.

5 Izack Rodda (Reds): A top performance by the talented Wallaby lock, who was energetic throughout and produced an excellent all-round performance. Showed his athleticism and fitness to score the third try after a breathless passage of play, which saw the visitors go coast-to-coast. In total, Rodda ran for 20 metres from eight carries while the second-row was also solid in the lineout and on defence, making 12 tackles.

4 Scott Barrett (Crusaders): The only man from the defending champions to make the team this week, which may be a surprise, but we felt some of his team-mates dropped off in the second period, despite excelling against the Hurricanes before that break. That may have been because their outstanding performer, Barrett, went off after 51 minutes following a display which saw him touch down twice, dominate the lineout and make the hard yards in the tighter exchanges.

3 Santiago Medrano (Jaguares): Was part of a superb forward effort in his side’s victory over the Bulls in Buenos Aires. Medrano delivered a strong scrummaging performance along with the rest of the Jaguares’ front-row, who dominated that facet of play. Also put his body on the line in executing his defensive duties and beats out Coenie Oosthuizen of the Sharks.

2 Dane Coles (Hurricanes): Although the Crusaders were deserved winners in Christchurch, the Hurricanes captain put in a huge shift in his first run-on appearance since 2017. Coles was a willing ball carrier and eventually gained 28 metres from seven runs with four defenders beaten, but also impressed on defence with seven tackles. Akker van der Merwe of the Sharks also caught the eye.

1 Mayco Vivas (Jaguares): The rookie was at the forefront of that superb scrummaging display against the Bulls and pips James Slipper of the Brumbies, who also impressed against the Highlanders. Vivas got the better of Trevor Nyakane before the Springbok was forced off through injury late in the first half, but that did not faze the young Argentinean, who continued to dominate and also pummelled Bulls replacement prop Dayan van der Westhuizen in the set-piece.