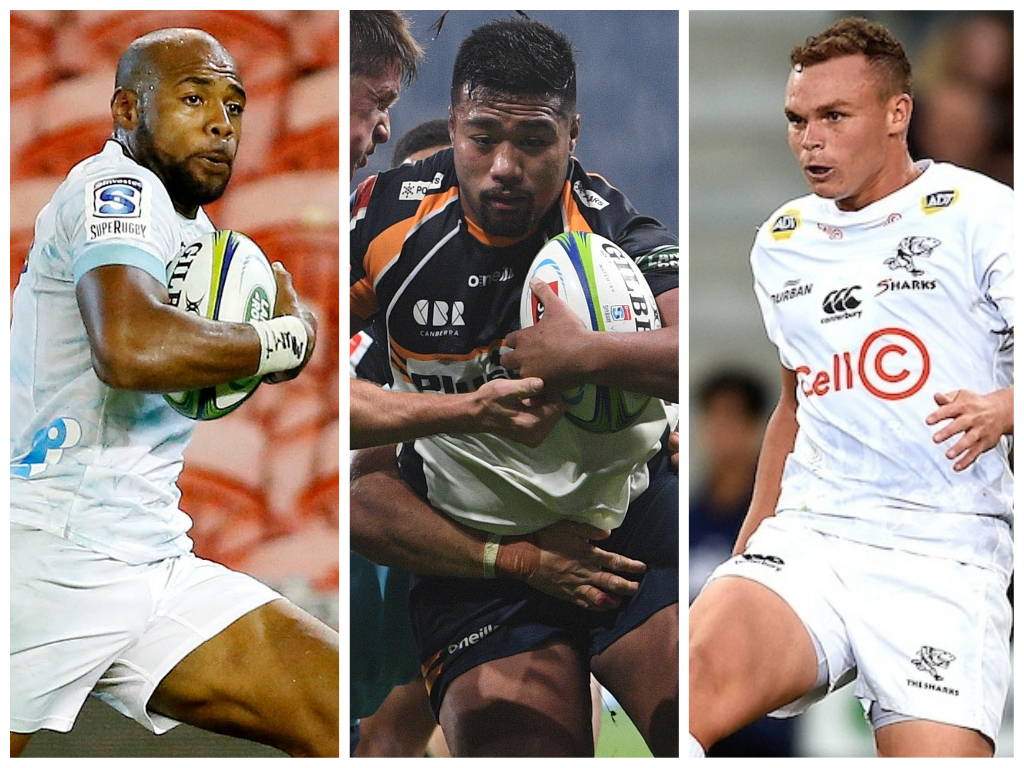 With the dust having settled on Round Two of Super Rugby, we have gone through the action to pick out the best players from the weekend.

The Chiefs lead the way with three representatives in our team after an impressive victory against the Crusaders in Hamilton while the Hurricanes, Sharks, Blues, Brumbies and Reds are next best with two players each.

Team of the Week: Super Rugby, Round Two

15 Jordie Barrett (Hurricanes): An incredibly hard call first up as Aphelele Fassi was excellent for the Sharks in their victory over the Highlanders. Matt Duffie and Damian McKenzie also impressed for the Blues and Chiefs respectively, but it was such an influential effort from Barrett in Argentina. He kicked four penalties – one from 60+ metres – and also made this superb try-saving tackle.

14 Tyrone Green (Lions): Another tough decision as we also had Wes Goosen of the Hurricanes and the Chiefs’ Sean Wainui in contention for this berth but Green gets in after shining for the Lions in their narrow triumph over the Reds in Johannesburg. Green was particularly dangerous on attack and was rewarded with two first half tries. Eventually gained 72 metres from 12 runs which included two clean breaks and eight defenders beaten.

13 Joe Marchant (Blues): The England international did well on debut in the Blues’ defeat against the Chiefs in Round One and continued to impress as the men from Auckland bounced back with a win over the Waratahs in Newcastle. Marchant looked dangerous on attack, gaining 33 metres from seven runs with one clean break, five defenders beaten an offload, and he also crossed for his first Super Rugby try. The Crusaders’ Braydon Ennor and Ruan Nel of the Stormers were next best.

12 Ngani Laumape (Hurricanes): Former Wales centre Jamie Roberts was solid for the Stormers in their win against the Bulls at Newlands but his effort was not good enough to unseat Laumpape, who was excellent in his side’s triumph against the Jaguares in Buenos Aires. The All Black proved difficult to stop with ball in hand and finished with 65 metres gained from eight carries, with four clean breaks, eight defenders beaten and two offloads.

11 Mark Telea (Blues): After starting on the right wing against the Chiefs last week, the rookie flyer was shifted to the opposite side for the injured Rieko Ioane, but the All Black was not missed as his replacement stole the show with a hat-trick of tries in his side’s win against the Waratahs. Telea flew underneath the radar during the first half but came alive after half-time when he scored all three of his tries. He finished with 139 metres gained from 10 runs which included two breaks, eight defenders beaten and an offload. Sharks wing Makazole Mapimpi also played well.

10 Curwin Bosch (Sharks): Aaron Cruden and Noah Lolesio helped the Chiefs and Brumbies to crucial home victories against the Crusaders and Rebels respectively but Bosch makes our side after a superb performance in his side’s impressive win against the Highlanders in Dunedin. The Springbok pivot pulled the strings as the chief playmaker in the Sharks’ backline but also came to the fore with excellent goal-kicking and eventually added 17 points, courtesy of three penalties and four conversions.

9 Brad Weber (Chiefs): Mentions for the Brumbies’ Joe Powell and another Chief in Te Toiroa Tahuriorangi but Weber stole the show with a strong performance when he came on as a second half replacement in his side’s victory against the Crusaders. His nippy service to his outside backs put his side on the front foot and a brilliant offload to Wainui set the Chiefs wing up for a well-taken try.

8 Sam Cane (Chiefs): Although the All Blacks openside flanker was playing in an unfamiliar position, it did not show as he was superb in his side’s impressive come-from-behind win against the Crusaders in Hamilton. Cane was excellent on the ground and worked well in tandem with Lachlan Boshier, but also impressed with his leadership skills, especially during the first half when his side were under pressure for long periods. He also impressed on defence with 15 hits and beats out Pete Samu of the Brumbies and the Sharks’ Sikhumbuzo Notshe.

7 James Venter (Sharks): The entire Sharks back-row were in fine form in that away win over the Highlanders but Venter’s effort deserves special praise as he caught the eye with a big all-round game. Venter gained 43 metres and scored one of his side’s tries but also completed a match-high 15 tackles on defence. Lions tearaway Marnus Schoeman just misses out.

6 Lachlan Boshier (Chiefs): The Jaguares’ Marcos Kremer caught the eye with a huge shift in his side’s narrow home defeat against the Hurricanes and Pieter-Steph du Toit also impressed for the Stormers but Boshier gets the nod for the second successive week after playing a huge role in his side’s home win against the Crusaders. Once again, he made his biggest impact at the breakdown where he won several turnovers and also impressed on defence.

5 Murray Douglas (Brumbies): The Scottish-born utility forward was one of the Brumbies’ unsung heroes during their home victory over the Melbourne Rebels as he worked tirelessly up front. Douglas won his fair share of lineout balls and also delivered a huge effort on defence where he made 16 tackles. Comes in ahead of Mitch Brown of the Chiefs.

4 Scott Barrett (Crusaders): Blues skipper Patrick Tuipulotu impressed in his side’s win over the Waratahs but we’ve opted for his All Blacks team-mate Barrett, who impressed at the coalface of the champions’ forward effort in their defeat to the Chiefs in Hamilton. Barrett was a willing ball carrier, did what was expected of him in the lineouts but made his biggest impact on defence where he made 14 tackles.

3 Taniela Tupou (Reds): Despite being yellow carded in the game, it was still a hugely impressive outing from the Wallaby prop. Alongside his fellow front-rowers they tore into the Lions at the scrum and were unfortunate to come off on the losing side. Tupou was his usual physical self around the field, with and without the ball, to edge out Thomas du Toit (Sharks) and Allan Alaalatoa (Brumbies) to this spot.

2 Folau Fainga’a (Brumbies): The Chiefs’ Samisoni Taukei’aho, Scarra Ntubeni of the Stormers and Jaguares veteran Agustin Creevy all had their moments but Fainga’a pips them after another impressive display for the Brumbies in their win against the Rebels in Canberra. The Wallaby hooker shone in the execution of his core duties, was solid in defence and also showed great power and determination to score a deserved try.

1 JP Smith (Reds): As mentioned in our Tupou section, it was a strong day at the office from the Reds’ front-row and Smith was arguably even more of an influence at the set-piece. The 30-year-old loosehead had a great game, giving veteran Jannie du Plessis all kinds of problems in Johannesburg. Joe Moody of the Crusaders also did well in defeat on Saturday, finishing with 10 tackles in Hamilton.