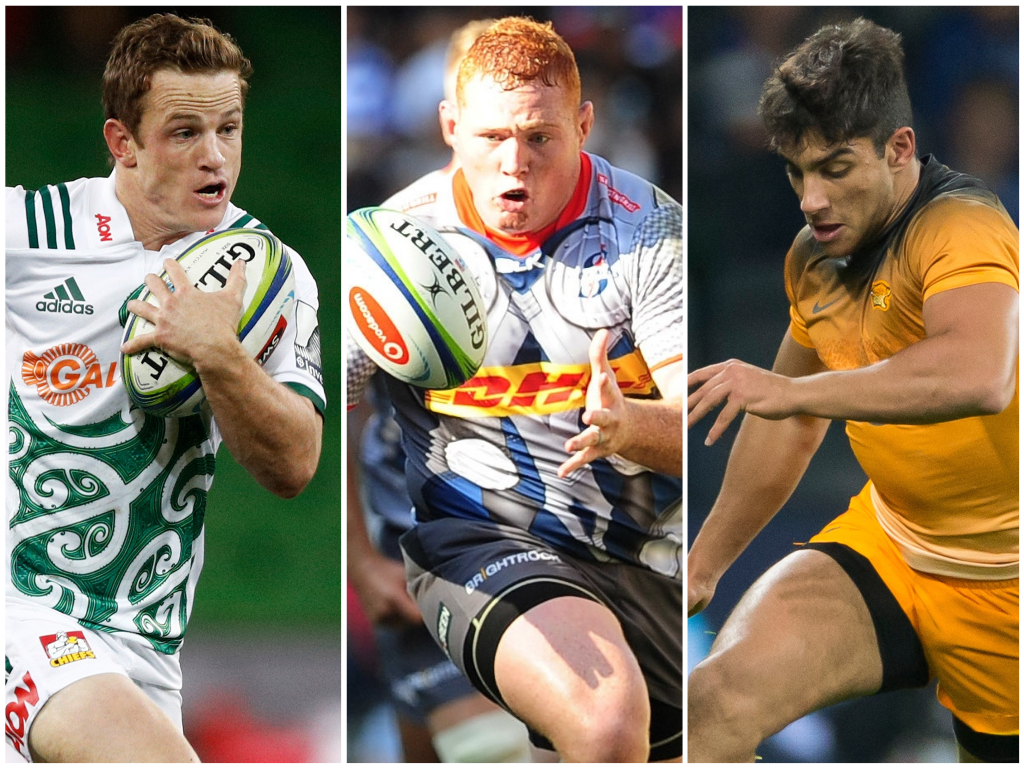 With the dust having settled on Round Three of Super Rugby, we have gone through the action to pick out the best players from the weekend.

The Stormers and Jaguares lead the way with three players apiece following victories over the Lions and Reds respectively, while New Zealand trio Chiefs, Crusaders and Hurricanes are next best with two each.

Team of the Week: Super Rugby, Round Three

15 Santiago Carreras (Jaguares): The youngster had an outstanding game for the Argentinians, despite the team’s errant start which saw them go 24-7 behind. Although Gonzalo Quesada’s men struggled in the first half, the full-back was their one consistent threat and he continued that fine form throughout the 80 minutes. There were also good performances from Damian McKenzie (Chiefs), Dillyn Leyds (Stormers), Jordie Barrett (Hurricanes) and Aphelele Fassi (Sharks), but Carreras was the standout after running for 105 metres and making two clean breaks.

14 Sergeal Petersen (Stormers): It has been an impressive start to the season for the Cape Town franchise and they continued their fine form with an excellent victory over the Lions. The wing was a key part of the triumph as he takes the position from the Reds’ Chris Feauai-Sautia, Andrew Kellaway of the Rebels and the Hurricanes’ Wes Goosen. Petersen was a consistent threat to the opposition rearguard, touching down once and running for 79 metres.

13 Hunter Paisami (Reds): Replaced the injured Jordan Petaia in the XV and shone as the Queenslanders took a dominant 24-12 lead into the interval against the Jaguares. His pace, power and lines of running made it difficult for their opponents, with Paisami continually punching holes in the Argentinians’ defence. The 21-year-old eventually finished with 78 metres, which included three clean breaks and six defenders beaten, to take his place in the side ahead of the Stormers’ Ruhan Nel and Sharks linchpin Lukhanyo Am.

12 Ngani Laumape (Hurricanes): Continued his fine opening to the campaign with another stellar effort for the Wellington-based outfit in their victory over the Sharks. Is always a threat with ball in hand and scored a sublime try by taking Barrett’s superb cross-field kick, surging down the left-hand side and stepping past the final defender to cross the whitewash. Those match-defining moments have been symptomatic of Laumape’s play and he is surely edging ahead of the likes of the Crusaders’ Jack Goodhue, who has adapted well to the 12 shirt, for a starting All Blacks place.

11 Ben Lam (Hurricanes): Another ‘Canes player that consistently produces the goods at Super Rugby level, Lam was a key part of their win on Saturday. He scored twice, had another game of running for over 100 metres and also did his work on defence, making seven tackles without missing, as he gets in ahead of the Jaguares’ Emiliano Boffelli.

There was no shortage of highlights when @Hurricanesrugby took on @TheSharksZA tonight in Wellington!

10 Elton Jantjies (Lions): Despite being on the losing side, the talented South African international was in wonderful form as the Johannesburg outfit came close to defeating an impressive Stormers team. Saturday’s visitors had yet to concede a point going into the game at Ellis Park, but Jantjies was at his creative best as they touched down four times. One of those tries came from the fly-half, while he also made 67 metres with ball in hand and kicked 10 points off the tee. Elsewhere, Richie Mo’unga starred for the Crusaders and James O’Connor enjoyed an excellent first half for the Reds, but struggled to control the game after the break, which is why he misses out.

9 Brad Weber (Chiefs): The scrum-half brought plenty of zip to the Chiefs’ game as they overcame the Sunwolves in Tokyo on Saturday. Weber was sharp at the base and also regularly challenged the opposition’s defence around the fringes in the 43-17 triumph. That ability to sniff out an opportunity helped him touch down as the 29-year-old displayed impressive strength and footwork to cross the whitewash from close range. As a result, he beats off competition from All Blacks team-mate TJ Perenara and the Rebels’ Ryan Louwrens.

8 Juarno Augustus (Stormers): Harry Wilson, Hoskins Sotutu and Sikhumbuzo Notshe impressed for the Reds, Blues and Sharks respectively but Augustus gets the nod after a fine all-round display in his side’s last minute win against the Lions in Johannesburg. The 2017 World Rugby U20 Championship Player of the Tournament did well on attack and showed great determination to cross for a try but also made his presence felt on defence and completed 12 tackles.

7 Lachlan Boshier (Chiefs): Arguably the best player in the tournament at the moment, the 25-year-old is in a rich vein of form and makes our team for the third week in a row after another fine effort in his team’s win over the Sunwolves in Tokyo. What makes Boshier’s achievement extra special is that he was picked on the blindside flank in the Chiefs’ two previous games and this week he continued with his impressive form on the openside. Boshier impressed with his breakdown work and gained 57 metres on attack. Beats out the Crusaders’ Tom Christie and James Lentjes of the Highlanders.

6 Cullen Grace (Crusaders): Current World Rugby Player of the Year Pieter-Steph du Toit deserves a mention after catching the eye in his side’s narrow triumph against the Lions but we could not ignore Grace, who was excellent for the Crusaders in a deserved win over the Blues in Auckland. The 20-year-old was making his first start for the champions and delivered an energetic performance which helped his side to their 11th successive win against the Blues.

5 Mitchell Dunshea (Crusaders): The Crusaders’ forwards put in a huge shift which paved the way for victory in Auckland and Dunshea was at the forefront of that effort with a barnstorming performance. The 24-year-old did his bit in the lineouts and was a willing ball carrier, gaining 20 metres from five carries and beating two defenders. He also had a good defensive game with 10 tackles and is preferred to the Highlanders’ Josh Dickson.

4 Guido Petti (Jaguares): The 25-year-old plays consistently well for the Argentinian team and delivered another strong performance in the Jaguares’ come-from-behind victory against the Reds in Buenos Aires. Impressed with his lineout work but also came to the fore with a big defensive effort and eventually completed 12 hits.

3 Siate Tokolahi (Highlanders): The Highlanders front-row did what was expected of him and more during his side’s last-minute victory over the Brumbies in Canberra. The 27-year-old impressed in the execution of his core duties, especially his scrummaging and on defence where he made eight tackles. Lucio Sordoni of the Jaguares was next best.

2 Julian Montoya (Jaguares): This was a difficult choice as Montoya and Folau Fainga’a of the Brumbies’ both scored a hat-trick of tries but Montoya gets in as the Jaguares had some disruption in their ranks with Agustin Creevy and Jeronimo de la Fuente withdrawing ahead of their clash against the Reds. That meant Montoya came into their run-on side as Creevy’s replacement at hooker and he was also named captain in De la Fuente’s absence. He made full use of his opportunity and, apart from his try-scoring heroics, also led his side to a deserved comeback win in Buenos Aires.

1 Steven Kitshoff (Stormers): The World Cup winner was one of the Stormers’ unsung heroes in a memorable win in Johannesburg. The men from the Cape’s stand-in skipper led his troops well, won several turnovers at the breakdown, scrummaged well and carried superbly. Comes in ahead of the Crusaders’ All Black strongman Joe Moody.