Home Uncategorized Team of the Week: Super Rugby, Round 17 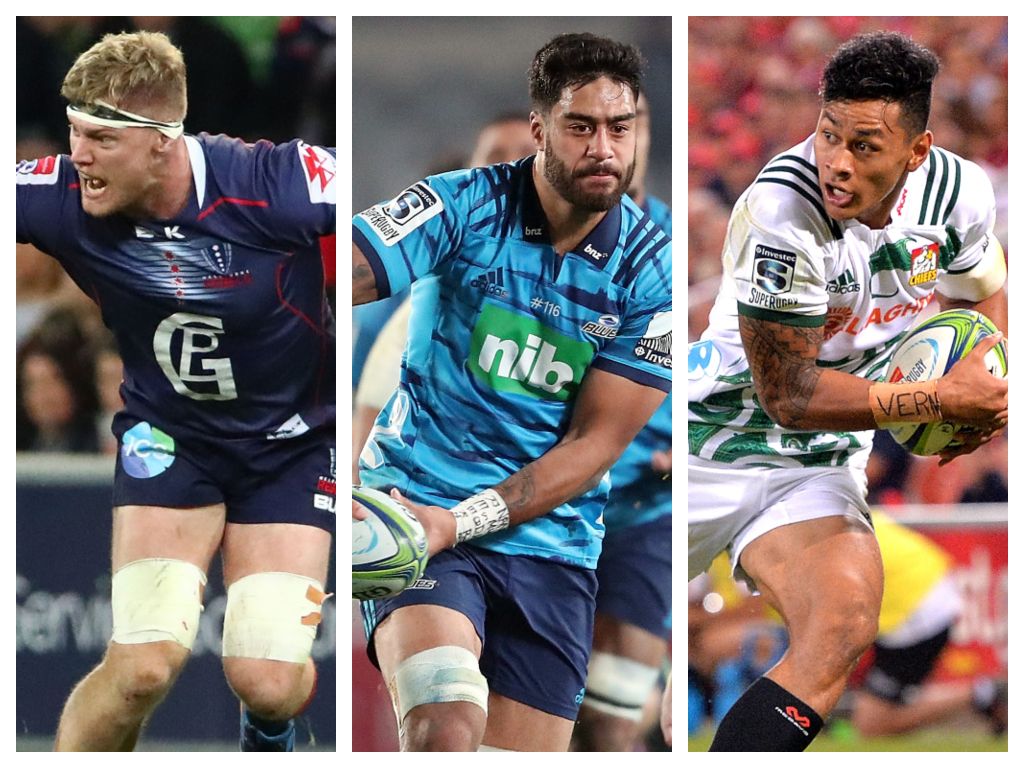 With the 17th round of Super Rugby matches now a thing of the past, it is time for us to work out which players shone over the past weekend.

The Chiefs are well represented after their first half dismantling of the Highlanders with four players in the XV, while the Jaguares, Sunwolves, Brumbies and Sharks claim two places each.

Super Rugby: Team of Round 17

15 Solomon Alaimalo (Chiefs): Another impressive performance by the back three player, who was a constant threat in broken field and was a big reason as to why the Chiefs dominated the first half against the Highlanders. Scored a wonderful try to open the scoring on Saturday, scything through the opposition rearguard for an excellent individual effort, and also ran for 117 metres, with three clean breaks and a remarkable 10 defenders beaten.

14 Bautista Delguy (Jaguares): The wing is improving week-by-week in Super Rugby and produced his best performance of the campaign against the Stormers. His stats are similar to Alaimalo, having beaten nine defenders and made two clean breaks, but Delguy ran for 133 metres in Buenos Aires. Lwazi Mvovo impressed for the Sharks as they came from behind to defeat the Lions, but Delguy was the standout at the weekend.

13 Anton Lienert-Brown (Chiefs): Carried on his form for New Zealand by starring for the Chiefs. Everything was in good working order for Colin Cooper’s men and the All Blacks centre linked play nicely. Lienert-Brown claimed two try assists, including a lovely off-load for the first, while the 23-year-old also made four clean breaks and beat six defenders as he edged out the Waratahs’ Curtis Rona.

12 Michael Little (Sunwolves): A lot of the Japanese side’s best play this season has come through the New Zealander and Saturday was no exception as the Sunwolves shocked the Bulls. There was plenty of competition for Little, with Rieko Ioane (Blues), Kurtley Beale (Waratahs) and Andre Esterhuizen (Sharks) all impressing, but the 25-year-old scored one try, set up another and was constantly involved in the hosts’ best moments. Three clean breaks and four defenders also displayed how potent the centre was.

11 Andy Muirhead (Brumbies): Dan McKellar’s men produced the shock of the round in overcoming the Hurricanes and the wing epitomised the energy they played with. Muirhead was unfortunate not to score following a scintillating break, but it did not matter as the next passage of play saw the wing crossing the whitewash anyway. In total, he made 68 metres, which included three clean breaks and four defenders beaten.

10 Bernard Foley (Waratahs): This was a difficult selection with Robert du Preez, Damian McKenzie and Hayden Parker all producing the goods for the Sharks, Chiefs and Sunwolves respectively, but we’ve gone for the ‘Tahs man. Daryl Gibson’s side were dominated in most facets against the Rebels in the second half but, when the visitors needed someone to step up, Foley delivered by intercepting a stray pass and going over for the winning score. He was also excellent in the first period, directing play nicely and showing his experience in the fly-half role, before the hosts’ forwards began to control proceedings after the break.

9 Keisuke Uchida (Sunwolves): An absolute livewire for the Japanese team. Fly-half Parker may have claimed much of the credit for the Sunwolves’ improvement, but Uchida gives them pace and energy from the base of the ruck. He scored the team’s second try after latching onto Jaba Bregvadze’s good work down the right and was a constant threat to the Bulls’ rearguard. Elsewhere, Joe Powell was excellent in the Brumbies’ victory, but Uchida’s impressive display sees him take the position.

8 Akira Ioane (Blues): The older of the Ioane brothers was back to his best in his side’s victory against the Reds in Auckland. He did not cross the whitewash but his efforts with ball in hand set up try-scoring opportunities for his team-mates. Ioane crossed the gain line at will and finished with 142 metres gained from 14 runs with three clean breaks, nine defenders beaten and he also managed an off-load. Beats out Liam Messam and Amanaki Mafi, who impressed for the Chiefs and Rebels respectively.

7 Philip van der Walt (Sharks): The Sharks had to dig deep to claim their first victory over the Lions in eight attempts and Van der Walt played a leading role as his side wiped out a 10-point half-time deficit to clinch the win which also keeps their play-off hopes alive. Van der Walt was a willing ball carrier but it is his defensive work which made the biggest impact as he made a game-high 24 tackles. Brumbies tearaway David Pocock also played well.

6 Luke Jacobson (Chiefs): The Chiefs’ first half performance against the Highlanders in Suva was superb and Jacobson did his bit with an excellent individual showing. The 21-year-old played with a maturity beyond his years, especially on attack, where he gained 39 metres from eight carries which included two clean breaks, one defender beaten, an off-load and a deserved try. Also shone on defence with 12 tackles and comes in ahead of Jaguares captain Pablo Matera.

5 Matt Philip (Rebels): The young second-row was at the forefront of the Rebels’ forward effort against the Waratahs and, despite playing with the number four on his back, we had to find a place for him in our team. Philip was superb on attack, gaining 96 metres from 20 runs with five defenders beaten, two clean breaks and four off-loads. Also won three lineout balls and made seven tackles. Tomas Lavanini of the Jaguares also impressed.

4 Guido Petti (Jaguares): The Pumas lock delivered a brilliant all-round performance and was arguably the best player on the field in the Jaguares’ victory over the Stormers in Buenos Aires. Petti seemed to be everywhere on attack and eventually gained 111 metres from seven carries with six defenders beaten, two clean breaks and showed a superb turn of speed on his way over the tryline. Also made a big impact in the lineouts winning six balls, two of which were steals on the Stormers’ throw-in, and did well on defence with 10 hits. Beats out Brumbies enforcer Rory Arnold.

3 Thomas du Toit (Sharks): The youngster continues to do well as a tighthead prop and put in another solid shift in the Durban-based outfit’s triumph over the Lions. The Springbok stood up well in the scrums and, although he made little headway with ball in hand, he certainly made up for it with a fine defensive effort and eventually made 16 tackles.

2 Folau Fainga’a (Brumbies): The 23-year-old was one of the standout performers in his side’s win against the Hurricanes in Canberra. Fainga’a was impressive in most facets of play but it was his attacking efforts which gets him into our team as he gained 63 metres from 12 runs which included one clean break, two defenders beaten, an off-load and a try. Jaba Bregvadze of the Sunwolves had a good game against the Bulls and Springbok stalwart Malcolm Marx of the Lions also looked good in his comeback from injury.

1 Karl Tu’inukuafe (Chiefs): The new All Black continues to impress and he was, once again, in fine form as the men from Hamilton beat the Highlanders in Suva. Tu’inukuafe did his basics well but also caught the eye when running with the ball. Gained 20 metres on attack from six carries with one clean break, a defender beaten and was rewarded with a try for his efforts. Tom Robertson of the Waratahs was the next best.