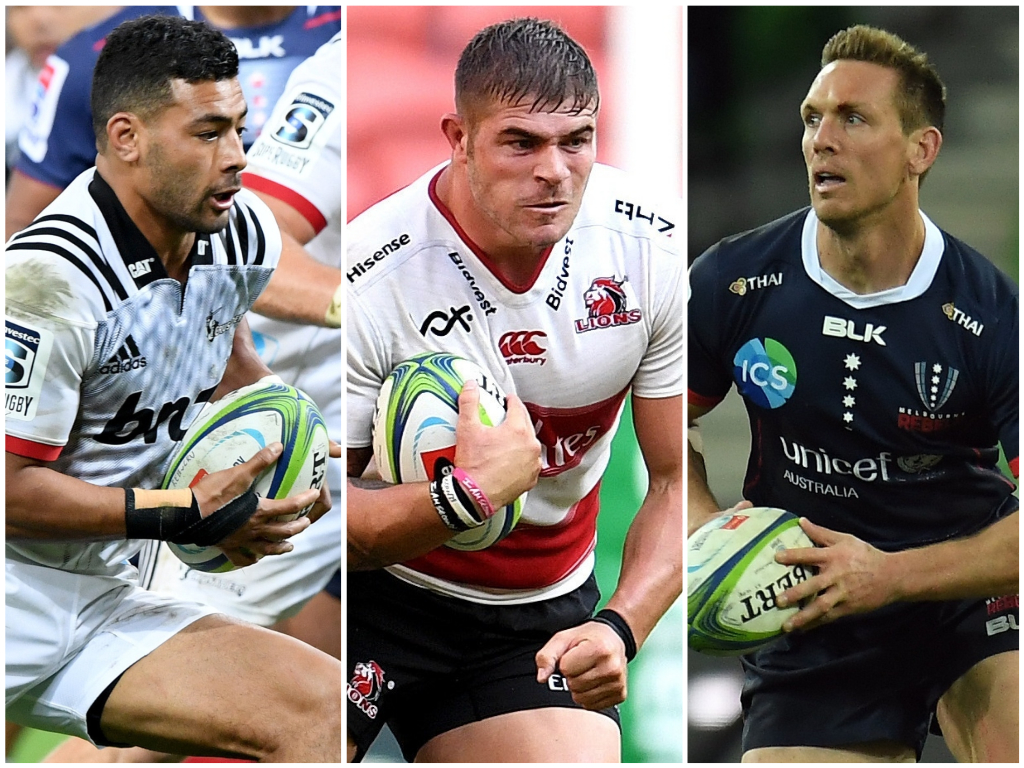 With the dust having settled on Round 13 of Super Rugby, we have gone through the action to pick out the best players from the past weekend.

Following impressive victories, the Crusaders and Brumbies lead the way with three players apiece in the XV, while the Lions and Chiefs are the next best with two representatives each.

Team of the Week: Super Rugby, Round 13

15 Dane Haylett-Petty (Rebels): With the Wallaby full-back position currently up for grabs, Haylett-Petty has thrown his hat into the ring after this impressive performance. He finished with 128 metres from his 16 carries to see off David Havili (Crusaders) and Emiliano Boffelli (Jaguares) who also stood out over the weekend. Haylett-Petty’s calmness and solidity again came to the fore.

14 Sevu Reece (Crusaders): Continues to push his claims for an All Black call-up after this latest showing. A hat-trick on Friday against the Bulls at Loftus Versfeld was another step in the right direction and surely he is at the front of the queue if the New Zealand selectors are looking to bring someone new into the mix. Reece’s X-factor in the Crusaders backline makes him such a joy to watch.

13 Tevita Kuridrani (Brumbies): Reece Hodge continues to star and is virtually a certainty to make the plane to Japan but what position he will start for Australia is still to be decided. One reason why 13 is in doubt for Hodge is the form Kuridrani can hit, as he showed on Sunday. He set up three tries showing vision, power and speed of thought throughout. A mention goes to Rob Thompson.

12 Harold Vorster (Lions): Was such a handful on Saturday against the Waratahs as he played to his strengths, always keeping the Australian side busy with his carries. The underrated centre finished with 12 in total to edge Anton Lienert-Brown to this spot. If South Africa are hit by injury at centre then they would not be let down by the 25-year-old. Ryan Crotty also deserves a mention.

11 Henry Speight (Brumbies): Moving from the right wing to the left is Speight as we had to find a spot for the Wallaby back. Speight was everywhere against a poor Sunwolves side, finishing with a whopping 120 metres, two tries and an assist as he was in devastating form. Ramiro Moyano and Aphiwe Dyantyi had big games for the Jaguares and Lions respectively but didn’t come close to Speight.

10 Richie Mo’unga (Crusaders): Curwin Bosch continues to grow in confidence in the 10 jersey at the Sharks while the performance of Beauden Barrett was encouraging for the All Blacks. However, one man rivalling Barrett for the New Zealand 10 jersey is Mo’unga, who was excellent against the Bulls. The pivot scored two tries and set up one while running for 98 metres in a 20-point haul.

9 Brad Weber (Chiefs): Further down the pecking order in New Zealand but more than capable of international appearances, the Chiefs scrum-half was excellent again as captain. Is growing under the extra responsibility and scored a brace of tries on Saturday against the Sharks. All Black TJ Perenara and Nick Phipps of the Waratahs deserved their mentions but we go for Weber as our number nine.

8 Pete Samu (Brumbies): Akira Ioane and Kieran Read also caught the eye for the Blues and Crusaders respectively but Samu gets the nod after delivering the goods for the Brumbies in their demolition of the Sunwolves. The Wallaby back-row did his bit with ball in hand, gaining 62 metres from two clean breaks with two defenders beaten and he scored a well-taken try. Also made his mark on defence with 12 hits.

7 Michael Hooper (Waratahs): The Waratahs lost narrowly to the Lions in Johannesburg and Hooper was leading from the front for the Sydneysiders. The Wallabies captain was his usual busy self at the breakdowns but also made his presence felt on attack, gaining 69 metres from 10 carries with three clean breaks and five defenders beaten. He also defended well and made 11 tackles and beats out the Hurricanes’ Ardie Savea and Tomas Lezana of the Jaguares.

6 Vaea Fifita (Hurricanes): The All Blacks utility forward delivered an efficient performance at the coalface of the Hurricanes’ forward effort as they completed a hard-fought victory over the Blues in Auckland. Fifita was a willing ball carrier but made his biggest impact on defence where he completed 13 hits. Jean-Luc du Preez of the Sharks and the Rebels’ Luke Jones also impressed.

5 Mitchell Dunshea (Crusaders): The Crusaders’ entire pack impressed and laid the groundwork to their triumph over the Bulls but Dunshea deserves special praise after delivering an outstanding individual performance. Gained 64 metres on attack from eight carries which included two defenders beaten as well as an offload and was rewarded with a try. The Waratahs’ Rob Simmons also played well.

4 Marcos Kremer (Jaguares): The 21-year-old utility forward was one of the Jaguares’ best players in their narrow defeat to the Highlanders in Dunedin. Kremer worked tirelessly in the loose and gained 34 metres from 10 carries with two clean breaks, one defender beaten and an offload. Also shone on defence with 16 tackles and beats out Scott Barrett of the Crusaders.

3 Taniela Tupou (Reds): Sekope Kepu, Ofa Tuungafasi and Allan Alaalatoa shone for the Waratahs, Blues and Brumbies respectively but Tupou gets in after a fine effort in a losing cause for the Reds against the Rebels. He stood up well in the scrums and played a prominent role in the build-up to Isaac Lucas’ try. Tupou finished with 23 metres gained from seven runs with two clean breaks, three defenders beaten and an offload. Also made eight tackles on defence.

2 Malcolm Marx (Lions): The Springbok hooker was back to his best in his side’s narrow triumph over the Waratahs at Ellis Park. Marx took the fight to the Waratahs with ball in hand and gained 84 metres from a game-high 17 runs which included three clean breaks, one defender beaten and two offloads. Asafo Aumua of the Hurricanes and the Highlanders’ Liam Coltman also impressed.

1 Atu Moli (Chiefs): The All Blacks tourist gave a good account of himself as the Chiefs returned to winning ways against the Sharks in Hamilton. Performed well in his core duties especially the scrums but also caught the eye on attack and eventually gained 23 metres with one clean break and he beat two defenders. He also did his bit on defence with 11 tackles. The Crusaders’ Joe Moody was next best.