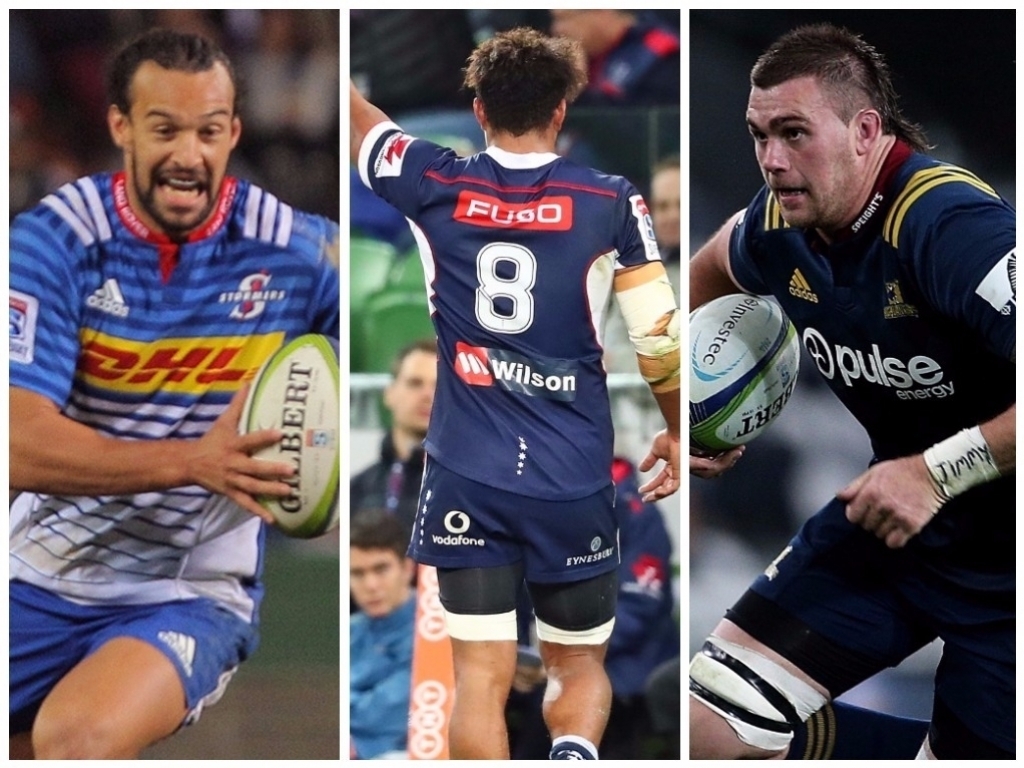 With the dust having settled on Round 17 of Super Rugby, we have gone through the action to pick out the best players of the last weekend.

It was a full schedule on the final regular-season round and there is a mix of players from teams who have and haven't made the play-offs.

Without further ado, here's our XV…

Super Rugby: Team of Round 17

15 Dillyn Leyds (Stormers): Leyds was a constant threat with ball in hand against the Bulls. He ran 141 meters, made four clean breaks and beat nine defenders. He assisted Seabelo Senatla late on with a chip over the top, set up Damian Willemse's try with one of his dazzling clean breaks and scored one of his own. Damian McKenzie just misses out and his battle with Leyds this weekend should be interesting.

14 Santiago Cordero (Jaguares): Scored a brace in the Jaguares victory over the Rebels. He made two clean breaks and beat six defenders. He also put in a solid defensive shift, making five tackles. Duncan Matthews and Seta Tamanivalu also caught the eye.

13 Jordie Barrett (Hurricanes): Due to numerous last-minute changes, Barrett ended up in the 13 jersey. Besides being stepped by Israel Dagg for his try, Barrett went onto play a key role in ending the Crusaders' unbeaten run in Super Rugby. He ran an outstanding line to score his try after collecting an offload from Otere Black. At the tender age of 20, he also showed his mental steel by slotting a 77th minute penalty to secure victory for his side.

12 Timothy Lafaele (Sunwolves): Showed mighty strength for his first try as he ran over a Blues defender with a short run up. His hat-trick of tries was one of many fantastic performances from the Japanese outfit. Reece Hodge and Harold Vorster also had great games for the Rebels and Lions respectively.

11 Tevita Li (Highlanders): Implemented silky footwork along the left touchline and an acrobatic dive for his impressive, one handed five pointer against the Reds. With 104 running meters, five defenders beaten and five clean breaks, Li is showing the form that saw him shoot to stardom in 2016 for the Blues.

10 Damian Willemse (Stormers): Not too many fly-halves jumped out this week but despite his tender years, Willemse showed once again just what a talent he is. Western Province keeps on churning out good 10s and against the Bulls he picked up another five-pointer.

9 Ross Cronje (Lions): Sunwolves scrum-half Keisuke Uchida just misses out here as we opt for the always impressive Cronje. The Lions and Bok half-back controlled proceedings well in Durban and also made good metres with ball in hand. He's vital to their hopes.

8 Amanaki Mafi (Rebels): He was excellent for the Melbourne franchise in a losing cause. Mafi made 61 metres from 11 carries and sees off tackling machine Andile Ntsila of the Kings. Such a fan favourite at the Rebels and talk is he is set to sign a new contract.

7 Matt Hodgson (Force): On his Force farewell Hodgson was gifted a try and a penalty. Call us overly gushy but that, coupled with pictures of his emotional dad in the crowd, helped him edge the impressive James Lentjes and Jaco Kriel of the Highlanders and Lions.

6 Liam Squire (Highlanders): Such an imposing force on the flank for the Highlanders against the Reds, the All Black knocked back the Reds attackers with big hits while he carried for 58 metres too, seeing off Lions dynamo Kwagga Smith for our blindside position.

5 Sam Lousi (Hurricanes): The champions' forwards deserve special praise for a superb effort against the Crusaders and Lousi was one of their unsung heroes after an impressive shift. Carried superbly, won four balls in the lineouts and also defended well with his grapple tackle. Tom Franklin of the Highlanders also caught the eye.

4 Guido Petti (Jaguares): The Argentina international is rewarded after an fine all-round performance in his side's win over the Rebels in Melbourne. Petti crossed the whitewash, made 52 metres on attack from eight carries with two clean breaks and a defender beaten. Also won six lineout balls and was his side's top tackler with 14 hits.

3 Taniela Tupou (Reds): The Tongan Thor took the fight to the Highlanders in Dunedin especially with ball in hand and kept his opponents busy with some barnstorming runs. Eventually gained 41 metres from eight runs with one clean break and three defenders beaten. Also managed a handful of tackles and stood firm in the scrums.

2 Tatafu Polota-Nau (Force): The Wallaby stalwart was at the forefront of the Force's effort against the Waratahs in Perth. Polota-Nau was a willing ball carrier and was rewarded with a try for his efforts but also caught the eye at the breakdowns, winning two turnovers, and beats out Malcolm Marx of the Lions.

1 Thomas du Toit (Sharks): Despite finishing on the losing side, the Tank delivered a strong scrummaging performance against Springbok tighthead Ruan Dreyer in Durban. Du Toit also put his body on the line in defence with six tackles and comes in ahead of Hurricanes veteran Ben May.