Home England Team of the Week: Six Nations, Round Three 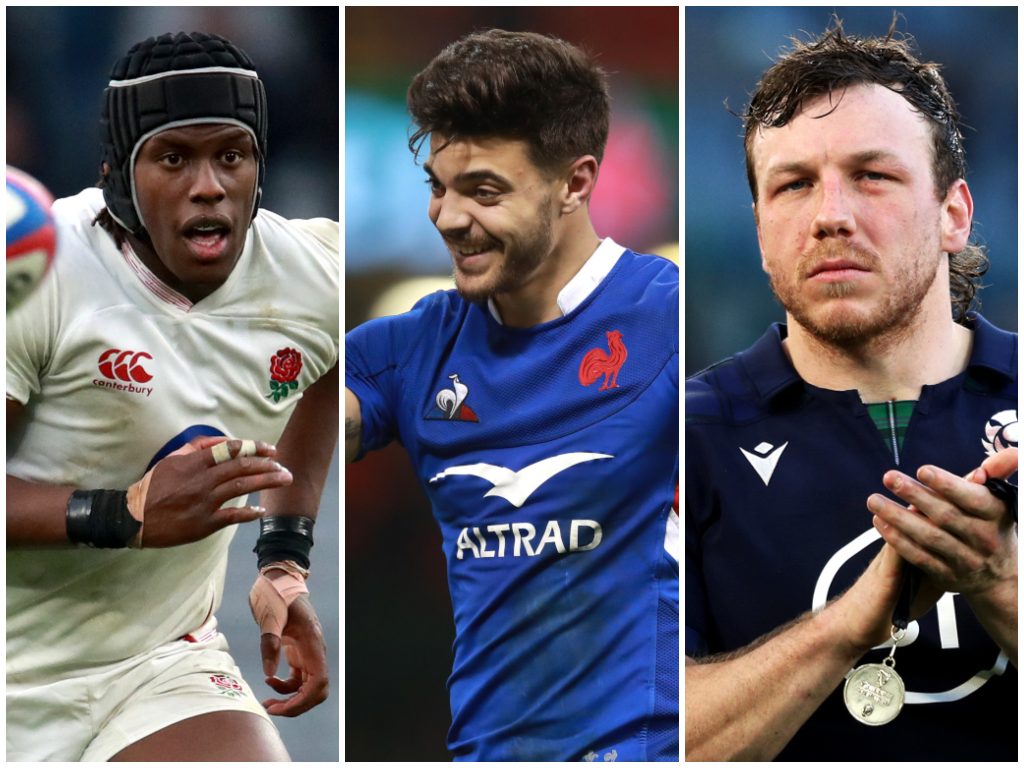 With the dust having settled on Round Three of the Six Nations, we take a look back over the recent matches to select our Team of the Week.

Team of the Week: Six Nations, Round Three

15 Stuart Hogg (Scotland): A hotly contested jersey first up as Anthony Bouthier continued his fine start to life as France’s number 15 with another strong performance. Elliot Daly also impressed on his move back from the wing, but we could not let Hogg go unrewarded for that moment of magic against Italy. After a tough opening two rounds, he was back with a bang in Rome on Saturday.

14 Jonny May (England): Once again May’s work doesn’t go unnoticed as he got through a ton of it on Sunday. His break down the right wing, which saw him taken out, possibly denied him a try but, while there was no score, he still played a key role for England due to his hard work in the backfield. Italy wing Mattia Bellini deserves a mention as he stood out in a losing cause for the Azzurri.

13 Nick Tompkins (Wales): Tough on Manu Tuilagi? Maybe, as he was a formidable presence for England. But, one can only take their hat off to how Tompkins emptied his tank for Wales in Cardiff. While his pass was gobbled up by Romain Ntamack for what was a key try, take nothing away from the work he got through as he carried the fight at centre with 21 carries for 105 metres.

12 Owen Farrell (England): While Johnny Sexton was having a nightmare day at the office from the tee and in general play, it was 100 percent for Farrell as he contributed nine points to the cause, which compounded Sexton’s woes. Just about edging opposite number for Ireland, the solid Bundee Aki, Farrell’s vision found space in behind while he led superbly as England got back on track.

11 Gael Fickou (France): He has quickly become irreplaceable in this impressive Les Bleus line-up as his earlier performances at centre were backed up by a strong showing on the wing. Fickou mixed another solid defensive shift with an assuredness in all areas as he gets the nod ahead of England wing Jonathan Joseph, who enjoyed his return to the wide channels with a superb effort on Sunday.

10 Romain Ntamack (France): A pat on the back for Adam Hastings and George Ford as they both shone for Scotland and England respectively over the weekend, with Ford in particular was excellent with his decision making and kicking. However, one cannot overlook Ntamack here. He’s playing like someone well above his years as a try to go with five kicks at goal saw him finish with 17 points.

9 Antoine Dupont (France): Another Englishman to just miss out in the half-back positions was Ben Youngs, who relished being behind a dominant pack and silenced his critics on his return to the XV. Dupont though gets in ahead of him, not for his usual running threat but for his game management as he kept to a plan with a disciplined effort that showed he can play both box office and safe.

8 Gregory Alldritt (France): Another outstanding performance from the La Rochelle man. The number eight did everything excellently, whether it was carrying, where he ran for 57 metres, or on defence as he made 10 tackles and was a constant thorn at the breakdown for Wales. Alldritt has been excellent in the opening three rounds and, alongside Dupont, they are the most influential players in the Six Nations so far.

7 Hamish Watson (Scotland): It still wasn’t a performance to please Scottish fans as they struggled to put away a poor Italy side, but there were some good individual displays. The Edinburgh openside was one of those to stand out as he slowed down opposition ball and also carried well, making 32 metres. He also made a team-high 15 tackles, which sees him edge out England’s Sam Underhill, who was typically destructive on defence against Ireland.

6 Courtney Lawes (England): Many have criticised Eddie Jones’ decision to move the Northampton player to blindside but he put in an all-action display on Sunday. Lawes was England’s most effective ball carrier, gaining plenty of metres at close quarters, while he was also their main source of lineout ball. Elsewhere, Ross Moriarty was one of Wales’ better players while Jamie Ritchie put in a superb shift for Scotland.

5 Paul Willemse (France): The South African-born lock continued his fine form in this year’s Six Nations with an excellent display in Cardiff. He scored France’s second try after powering through three would-be tacklers to give his side a 17-6 lead at the time, but it was his core skills which impressed. At over 21st, Willemse is a powerful scrummager while he was a workhorse on defence, making a game-high 16 hits. As a result, James Ryan misses out, despite being Ireland’s best performer against England.

4 Maro Itoje (England): After a disappointing opener in Paris, the Red Rose second-row has bounced back superbly. Itoje was excellent in Scotland and followed that up by being an absolute nuisance to Ireland, constantly disrupting their ball at the breakdown. He also produced a trademark steal on prop Dave Kilcoyne which typified his efforts throughout the 80 minutes. France’s Bernard Le Roux is hugely unfortunate to miss out after a bruising performance at the Principality Stadium, but the Englishman deserves his place in the XV.

3 Kyle Sinckler (England): There weren’t too many dominant performances at tighthead, although Zander Fagerson once again scrummaged well for Scotland, but Sinckler was influential in England’s victory. The Harlequins tighthead was typically solid in the set-piece but it was in the loose where he shone, producing little tip passes which kept the Red Rose on the front foot and forcing Ireland players back on defence.

2 Julien Marchand (France): Camille Chat showed his quality when coming off the bench by securing the game-winning penalty, while Stuart McInally put in a fine shift for Scotland, but Chat’s French team-mate, Marchand, has deputised superbly for the Racing 92 hooker. His lineout throwing was accurate and he was also busy in defence, making an impressive 15 tackles.

1 Rory Sutherland (Scotland): The prop set the platform from which Scotland were able to build by giving Italy tighthead Giosue Zilocchi a miserable time of it in the opening 30 minutes. Zilocchi was replaced after half-an-hour due to Sutherland winning a series of penalties in the scrum which helped the visitors get on the front foot. To the Zebre player’s credit, he came back on following a nasty-looking injury for Marco Riccioni and was more solid against Scotland’s replacement Allan Dell, but by that point the damage had already been done by the Scottish loosehead with the Italians having to force the game.