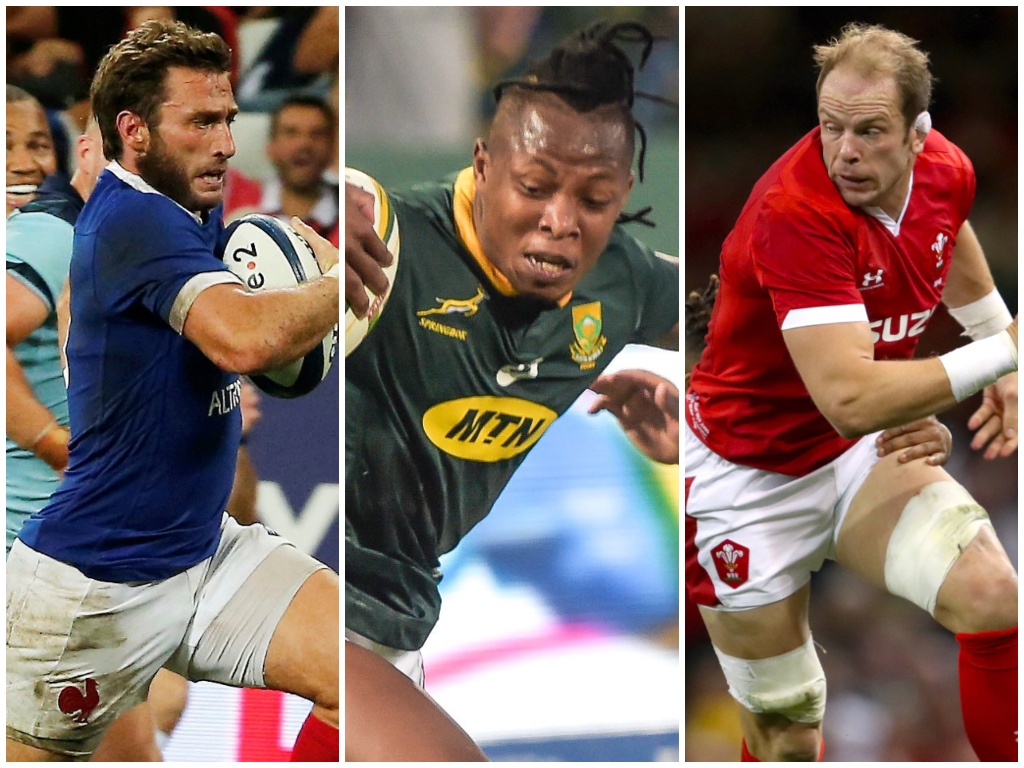 With the dust having settled on the Rugby World Cup warm-ups weekend, we have gone through the action to pick the best players from the action.

France lead the way here with six representatives after their impressive victory over Scotland so without further ado, here’s our XV.

15 Maxime Medard (France): Scored two but was unlucky not to have a hat-trick as he had one chalked off in the 12th minute due to a forward pass. The 32-year-old enjoyed one of his best games in the international shirt, forming a superb trio alongside two outstanding France wings.

14 S’bu Nkosi (South Africa): A hotly contested position as Sevu Reece and Damian Penaud were outstanding for New Zealand and France respectively. That pair could take the Rugby World Cup by storm in Japan along with Nkosi, whose two tries were breathtaking as he continues to grow in confidence. That second solo effort was a joy to watch as Argentina could not bring the Springbok to ground.

13 Anton Lienert-Brown (New Zealand): Mr Consistent for the All Blacks and Chiefs, Lienert-Brown pushed his case for the Test starting 13 spot with this performance against Australia at Eden Park. The calm centre finished with a whopping 17 carries for 90 metres, beating seven defenders and also set up a try in an accomplished showing that will have pleased head coach Steve Hansen no end.

12 Wesley Fofana (France): Another consistent midfielder who oozes class, Fofana was at his silky best in Nice as he got France off and running with a nice inside ball to Alivereti Raka for his try on two minutes. With the Rugby World Cup his farewell on the international stage, the global rugby following will be hoping that he enjoys a strong campaign as when fully fit he has been a top class 12.

11 George Bridge (New Zealand): Chance given, chance taken by Bridge as he impressed for the All Blacks over the weekend. He scored one and set up another try in a hungry display that looks to have pushed him ahead of Rieko Ioane in the left wing pecking order. France wing Alivereti Raka gets a mention for a try-scoring debut while Matteo Minozzi grabbed a hat-trick for Italy against Russia.

10 Dan Biggar (Wales): Criticised earlier in the week by a former Welsh international, Biggar responded in the best possible way as he inspired his country to a victory over England. His tactical nous and game-management came to the fore as the absence of the injured Gareth Anscombe was not felt. Biggar edges Richie Mo’unga, who was also on song as he retained New Zealand’s 10 shirt.

9 Antoine Dupont (France): Aaron Smith impressed with a support-line try and assist for Sonny Bill Williams later on, barking the orders throughout his time on the field. However, Dupont earns the nod here as he also scored and set up one in a performance that saw him make 74 metres from 11 carries. If France can have him on top form in Japan next month they will be a serious challenger.

8 Gregory Alldritt (France): Has enjoyed a superb couple of years at La Rochelle, leading to a call-up to the national team in the Six Nations, and he carried on his form in their opening World Cup warm-up. Comfortable at either flanker or number eight, the back-rower was dynamic against Scotland, making 54 metres from 13 carries and scoring the team’s third try. Will play a huge role in Les Bleus’ campaign in Japan.

7 Jake Polledri (Italy): It was only against Russia, but the powerhouse Gloucester flanker was excellent on Saturday and was deservedly man of the match. Polledri has shown glimpses of his club form in an Italy shirt and will surely be a crucial component of that Azzurri back-row in the World Cup. He is a big call-carrier and incredibly difficult to stop, which he displayed at the weekend by making 68 metres. Elsewhere, Francois Cros impressed in France’s victory over Scotland.

6 Aaron Wainwright (Wales): Wainwright had plenty of competition, with Charles Ollivon (France), Ardie Savea (New Zealand) and Pablo Matera (Argentina) all playing well but, in a tight and defence-orientated encounter, the slightly built Dragons back-row was the most effective ball-carrier during their victory over England. Only made 20 metres but that was the best of any forward in the game with the exception of Billy Vunipola and Maro Itoje, who had a couple of runs in the open spaces.

Aaron Wainwright arguably had an even better game on Saturday than he did last week, and he's only going to get better.

Showing off some skills as well as a high level of basic play. pic.twitter.com/lBsgGfqQ5g

5 Alun Wyn Jones (Wales): Was surprisingly quiet in the reverse fixture at Twickenham but was back to his inspirational self in the win which took Warren Gatland’s men to number one in the rankings. Sebastien Vahaamahina showed up well against Scotland but Jones was an absolute workhorse, running for 18 metres from 12 carries and making 12 of his 13 tackles.

4 Guido Petti (Argentina): The lock has been one of Los Pumas’ better performers this season and once again impressed on Saturday, despite their narrow defeat to South Africa. Petti particularly excels in the loose and displayed his pace to intercept a stray pass in his own half and touch down unopposed. The second-row also showed his worth in the lineout and did his bit on defence, making six hits.

3 Vincent Koch (South Africa): Since joining European champions Saracens, the tighthead has improved considerably and looked every bit a Test player in the Springboks’ victory over Argentina. Koch was solid in the set-piece but was especially excellent in the loose, carrying hard and helping his team on defence with an impressive 13 tackles.

2 Camille Chat (France): The Racing 92 front-rower is always a threat in the loose and that was perfectly demonstrated against Scotland as he made 23 metres, but the hooker has previously struggled in lineout. However, his throwing improved as the hosts dominated the Scots in every facet. Ken Owens was next best after a tireless performance against England in Cardiff, but Chat deservedly takes his position in the XV.

1 Jefferson Poirot (France): Following some criticism over recent weeks, Joe Moody answered them against Australia, while Joe Marler’s efforts off the bench almost got England into a position to win the game, but we’ve gone for the Frenchman. Named captain for their encounter at the weekend, Poirot put in an excellent shift as the hosts controlled the set-piece battle. The prop was also good in the loose as he carried eight times and made 12 hits on defence.