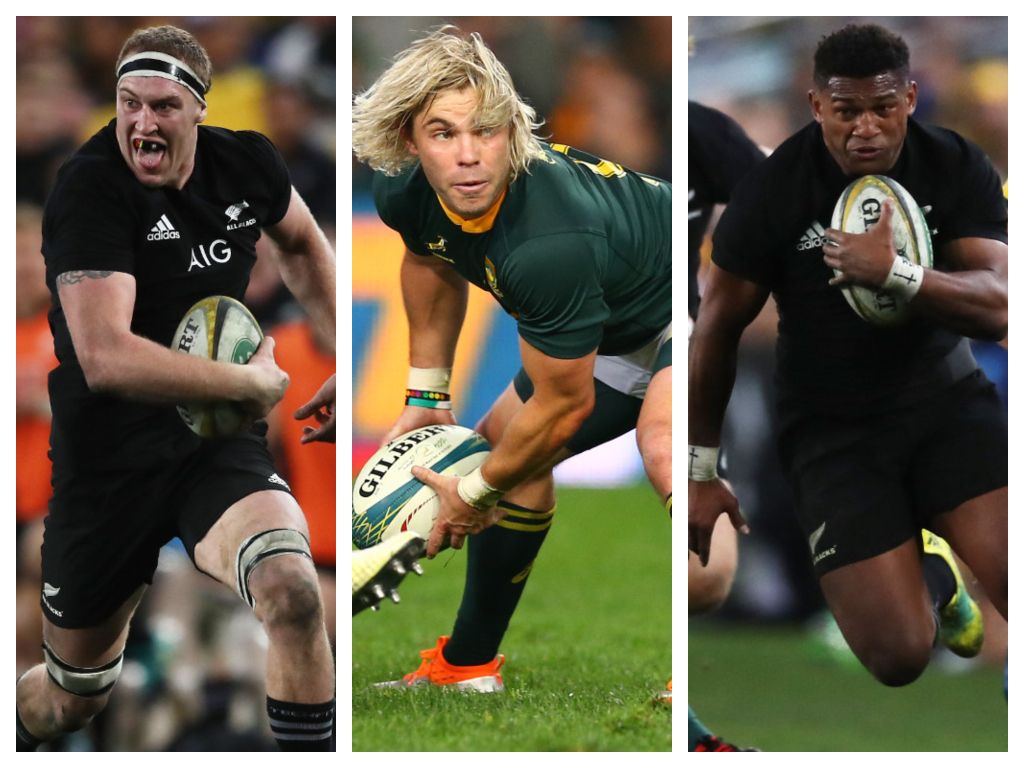 With the dust having settled on Round One of the Rugby Championship, we’ve gone through the action to pick the best players from the weekend.

New Zealand unsurprisingly dominate the XV following their superb second-half display against Australia, which saw them claim a 38-13 victory. South Africa have five representatives after defeating Argentina 34-21, while Los Pumas have one player in the side.

15 Ben Smith (New Zealand): Steve Hansen’s men struggled for fluency in the opening half on Saturday but the full-back was the player to spark the All Blacks to life. His half-break led to Aaron Smith’s try and it was the momentum the three-time world champions needed as they dominated the second period. Smith went on to run for 92 metres in total and make five clean breaks, showing why he was preferred to the talented Jordie Barrett.

14 Waisake Naholo (New Zealand): Like Smith, Naholo failed to show his quality until the first try when he brilliantly offloaded to Kieran Read, who duly fed scrum-half Smith. After that, the right wing outshone last year’s find of the season Rieko Ioane. Naholo scored two tries, made 126 metres and beat a remarkable 13 defenders as the All Blacks scythed through the hosts’ defence with regularity. Elsewhere, Makazole Mapimpi impressed for South Africa but it was an easy decision to include the Highlanders man in the XV.

13 Jack Goodhue (New Zealand): It rather typifies the strength of New Zealand rugby and the system which is in place that an inexperienced player can already look so adept at the highest level. In just his second cap, Goodhue touched down early in the second period, latching onto Ioane’s run and pass, while the centre – like Naholo – made 126 metres in total. Despite the presence of Sonny Bill Williams, the Crusaders back has surely cemented his position in the starting line-up for the foreseeable future.

12 Anton Lienert-Brown (New Zealand): New Zealand received a blow early in the match when Ryan Crotty was forced off but the Chiefs centre more than made up for his absence. Although Kurtley Beale tried his best for Australia and instigated Jack Maddocks’ try, and Andre Esterhuizen provided plenty of physicality for the Springboks, Lienert-Brown’s consistency sees him take the slot ahead of those two.

11 Aphiwe Dyantyi (South Africa): A tough call between the Springbok and his opposite number on Saturday, Ramiro Moyano, but we’ve gone for the South African, who touched down for a couple of crucial scores. Dyantyi almost played second fiddle to S’busiso Nkosi during the June series against England, with the Sharks player the more impressive of the two over those three Test matches, but his injury has seen Dyantyi step up.

10 Beauden Barrett (New Zealand): Pressure eased and how. Richie Mo’unga’s Super Rugby form had put some heat on Barrett going into this Rugby Championship campaign but he did not let that affect him in Sydney. The fly-half was superb with his game management, distributing and running game throughout against the Wallabies, showing top footballing skills for his try to boot. Barrett also set up two tries to cap a strong day.

9 Faf de Klerk (South Africa): Aaron Smith impressed for New Zealand in a try-scoring performance but once again De Klerk was the heartbeat of the Springboks. Despite Handre Pollard struggling at 10, the scrum-half still managed to take the game by the scruff of the neck with an authoritative showing at the base. One try and a whopping three assists sees him walk into this jersey as he continues to impress in green and gold.

8 Kieran Read (New Zealand): Only special players return from injury and slot right back into international rugby like they’ve never been away. While Read did make his comeback recently in Super Rugby, he’s hit the ground running in impressive style and was on song again over the weekend. He set up his team’s first try and was his usual busy self in both the tight and loose, looking back to his imperious best.

7 Francois Louw (South Africa): Such a complete player who combines the grunt with subtle touches around the field, Louw was in solid form against Argentina in Durban. Moving forward it looks like Louw alongside Siya Kolisi could be the answer heading into RWC 2019 as both in tandem with either Duane Vermeulen or Warren Whiteley would be a fearsome back-row. The Bath men gets in ahead of busy All Black Sam Cane.

6 Pablo Matera (Argentina): Marked his 50th Test for Los Pumas with a try in a typically hard-working display. The set-piece was an issue for Argentina so it says a great deal about Matera’s work around the field that he sneaks in ahead of impressive Wallaby flank Lukhan Tui here.

5 Eben Etzebeth (South Africa): After a nine-month spell on the sidelines, the hardman of South African rugby showed Springbok rugby supporters what they’ve been missing with a polished display in his side’s win over Argentina in Durban. It was hard to believe that Etzebeth played his first match of the year as he delivered an impressive 80-minute shift. Etzebeth gained 48 metres on attack from 14 runs and beat three defenders. Also did well in the line-outs and caught the eye on defence with 10 tackles.

4 Brodie Retallick (New Zealand): Another seasoned second-row who returned to the Test arena with a bang, Retallick was arguably the player of the opening round after a brilliant all-round performance in the All Blacks’ triumph over the Wallabies in Sydney. Made a big impact on attack with 63 metres gained from 11 carries with two defenders beaten and a clean break which resulted in a well-taken try after selling Bernard Foley an outrageous dummy. Retallick was also busy on defence making seven hits.

3 Owen Franks (New Zealand): The All Blacks pack’s scrummaging was excellent in Sydney and Franks was at the forefront of that effort as he anchored the set-piece superbly. The 99-Test veteran also cleaned out the rucks with great intent and put his body on the line on defence and eventually made eight tackles. Comes in ahead of Springbok Frans Malherbe.

2 Malcolm Marx (South Africa): This was a difficult one as Codie Taylor also impressed for the All Blacks but Marx gets the nod after a solid performance at the coalface of the Springboks’ forward effort in Durban. Marx was his usual busy self with ball in hand and his physicality at close quarters was particularly impressive. Also did his bit on defence making five tackles.

1 Joe Moody (New Zealand): The All Black scrum was a thing of beauty at the weekend and Moody deserves special praise as he was at his dominant best in that facet of play. Got the better of his direct opponent, Sekope Kepu, and when the Wallaby was forced off the field through injury, Moody dished out similar treatment to debutant Jermaine Ainsley. Like his front-row partner Franks, Moody also did well defensively and finished with seven hits.