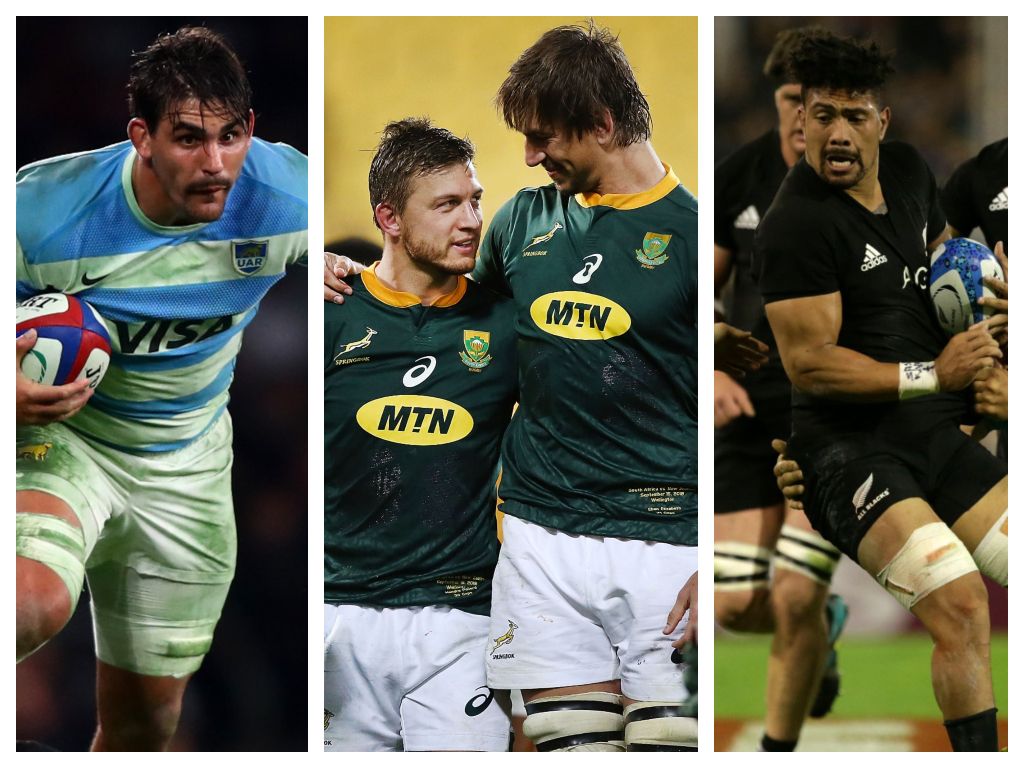 With the dust having settled on Round Five of the Rugby Championship, we’ve studied the action to pick our standout players from the weekend.

After retaining their title, there’s seven All Blacks in our side with five Springboks, two Pumas and one Wallaby making the cut this Monday.

15 Ben Smith (New Zealand): Back in the position we feel is best for the All Blacks going into the Rugby World Cup, Smith was a rock in Buenos Aires. While he wasn’t spectacular, he ticked all the boxes New Zealand needed in a hostile atmosphere as they bounced back from the loss to the Boks in style. We have said it countless times before, the 32-year-old rarely has a bad day at the office.

14 Cheslin Kolbe (South Africa): Settling into international rugby with ease, Kolbe impressed on the right against Australia. He made 47 metres from his eight carries and was defensively solid, keeping Marika Koroibete quiet. Sees off Waisake Naholo for this position.

13 Reece Hodge (Australia): One man who refused to give up despite at times it feeling like the Wallabies would not break that bruising Springbok defensive line. Hodge toiled with ball in hand, with what possession he had, making 44 metres from his 11 runs and made his team’s second most tackles. Despite the injuries Australia have had in midfield, Hodge has stepped up admirably in the number 13 shirt.

12 André Esterhuizen (South Africa): One of his better games in green and gold as Esterhuizen did what is asked of him, getting his side over the advantage line with big carries. The centre is such a formidable presence and he was at his bulldozing best at Nelson Mandela Bay Stadium, as at times the Wallabies were skittled out the way. If he can improve his distribution and kicking game, his future is bright.

11 Rieko Ioane (New Zealand): Deadly. Ioane picked up another two tries in a black jersey on Saturday as he finished his first nicely on the left before being somewhat gifted his second. That’s now 20 crossings in 19 internationals for the 21-year-old. What a record.

10 Handre Pollard (South Africa): Sees off a much-improved Beauden Barrett for New Zealand and dangerous Nicolas Sanchez for the Pumas, who were both impressive on Saturday. Pollard though put in an outstanding performance against the Wallabies as he kicked, defended and ran superbly well in Port Elizabeth. He finished with 13 points and will hope to replicate this showing against the All Blacks in Pretoria.

9 TJ Perenara (New Zealand): Perenara was handed the starting jersey for the second time this Rugby Championship and took his chance very well. His leadership again stood out and while his usually lethal running game wasn’t prominent in Buenos Aires, he impressed in other areas such as defensively to edge Springbok number nine Faf de Klerk as our nine. One wonders if he has done enough to keep the shirt.

8 Ardie Savea (New Zealand): Came in as a late replacement for Luke Whitelock in the world champions’ starting line-up and made full use of his opportunity even though he played in an unfamiliar position. Savea was at the heart of the All Blacks’ attacking play and finished with 73 metres on attack from eight runs with two clean breaks, eight defenders beaten and an offload. Also shone on defence with 13 tackles.

7 Siya Kolisi (South Africa): The Springbok captain led by example in his side’s win over the Wallabies in Port Elizabeth, putting in a big shift on attack and defence. Kolisi impressed as a ball carrier gaining a team-high 74 metres from six carries which included two clean breaks, one defender beaten and an offload. Also made 12 tackles.

6 Pablo Matera (Argentina): Matera was arguably the Pumas’ best player as he put in a huge shift against the All Blacks. Was solid with ball in hand gaining 31 metres from 11 carries with one defender beaten and an offload, but also impressed with his defensive work making 14 hits which was the most for his team. Edges out Pieter-Steph du Toit, who was also superb for the Springboks.

5 Eben Etzebeth (South Africa): Another polished display from the Springbok hardman who impressed in the tight exchanges in Port Elizabeth, Was particularly impressive in the line-outs where he won 10 balls including two steals on the Wallabies’ throw. Also caught the eye on defence and eventually made nine tackles.

4 Guido Petti (Argentina): Took the fight to the All Blacks and was particularly impressive as a ball carrier in Buenos Aires. Eventually gained 45 metres from six runs with two clean breaks, three defenders beaten as well as one offload. Also did his bit on defence with a handful of tackles and performed well in the tight exchanges.

3 Ofa Tuungafasi (New Zealand): Made a rare start for the All Blacks but can be pleased with his performance after a polished display. The entire All Blacks pack deserve credit for a strong scrummaging effort as they dominated at the set-piece with Tuungafasi leading the way. Also did well on defence with eight hits.

2 Codie Taylor (New Zealand): Battled with his line-out throw-ins during the early stages in Buenos Aires but that facet of play improved during the rest of the match, as did his general play. Taylor ran hard and performed well in his core duties especially on defence where he made 12 tackles. Comes in ahead of the Springboks’ Malcolm Marx.

1 Karl Tu’inukuafe (New Zealand): The rookie prop’s fairytale season continues and he will be pleased with his performance against Argentina. Tu’inukuafe was superb in the scrums, cleaned out the rucks with great intensity and was brilliant on defence where he made 14 tackles which was the second highest for his team. Also set up Patrick Tuipulotu’s try with a nice slip ball.