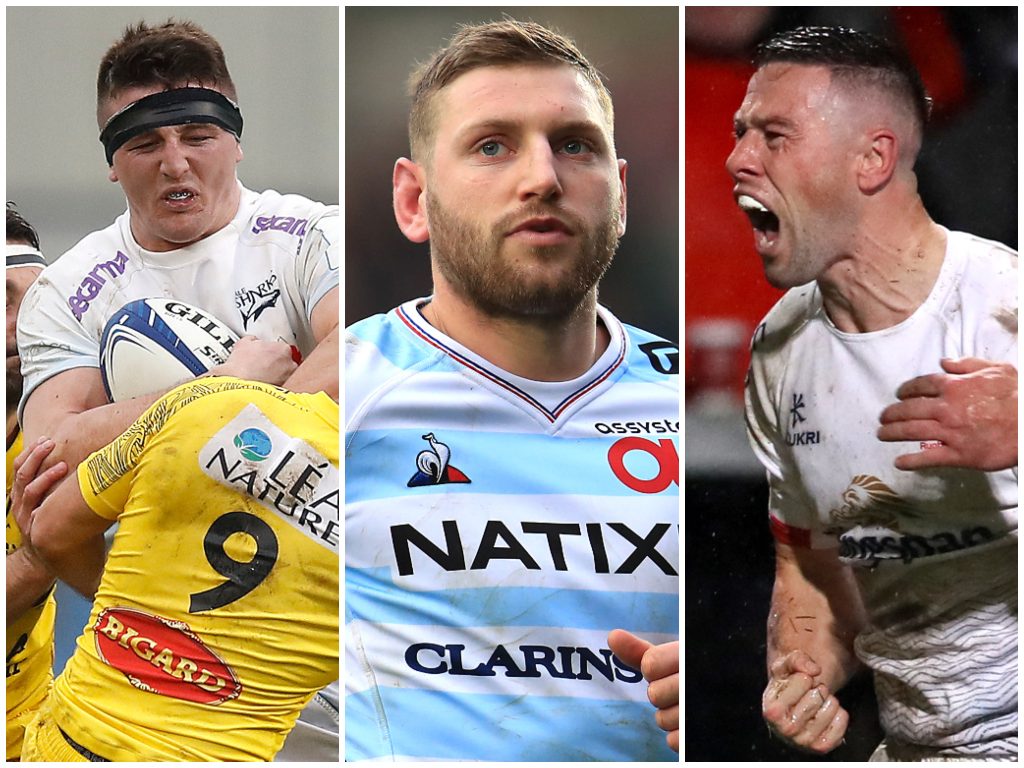 Now that the dust has settled on Round Two of the Champions Cup, we’ve gone through the action to pick the best players from the matches.

In a tightly-contested weekend of action, no team dominates the XV with five sides represented by two players apiece. Be sure to comment and also leave your own line-up in the comments section below.

Team of the Week: Champions Cup, Round Two

15 Mike Haley (Munster): Ireland head coach Andy Farrell would do a lot worse than giving the international 15 shirt to Haley when he kicks off his reign in February. With Rob Kearney 34 in March, it’s likely to be between Haley and Jordan Larmour who steps in for the Six Nations, but on this performance Haley has laid down a marker. 119 metres that included eight defenders beaten, the Munster full-back showed once again that he’s a high class player and edges out new Saracens signing Elliot Daly, who set up two tries against the Ospreys.

14 Teddy Thomas (Racing 92): Rotimi Segun was excellent for Saracens in a two-try showing on the right wing but Thomas just edges him here thanks to his performance in Limerick. The France international scored a quite brilliant individual try as he collected his own chip ahead and topped that up in the game to end on 114 metres with six clean breaks to his name. When fit he is deadly and Racing and France will hope this form continues.

13 Henry Slade (Exeter Chiefs): Tired after the Rugby World Cup? Not one bit as Slade once again displayed his quality for his club side. Supported Jack Nowell well as he was rewarded for a run-in to the line and followed that up with a beautifully weighted kick through that saw Tom O’Flaherty cross on the left wing. Slade gets the nod ahead of Tom Farrell and Rohan Janse van Rensburg of Connacht and Sale Sharks respectively.

12 Jan Serfontein (Montpellier): There were solid showings from Billy Twelvetrees (Gloucester), Robbie Henshaw (Leinster) and Sam Johnson (Glasgow) but Serfontein sneaks this one after his shift for Montpellier. He was not going to be denied when he bravely gathered Yvan Reilhac’s kick ahead for the game’s first crossing and backed that up with a strong midfield performance thereafter as Montpellier got their pool campaign up and running.

11 Ollie Thorley (Gloucester): Despite narrowly missing out on England’s World Cup squad, the door is definitely open for the Gloucester wing to make another solid push ahead of the Six Nations. Such a consistent performer for the Cherry and Whites over the past 18 months, this was another busy outing from Thorley as he ended with 16 carries that resulted in 95 metres made against Montpellier on Sunday. Surely not far away from Test rugby?

If you haven't seen @finn_russell's unbelievable effort for @racing92 on the weekend, you need to see this… 🤯

Worth of #HeinekenChampionsCup Try of the Round??

10 Finn Russell (Racing 92): We hailed the mercurial Racing 92 fly-half last week in our analysis piece and he didn’t let his performance dip over the weekend, putting on a show at Thomond Park. With a penalty advantage being played, Russell caught the Munster defence cold with a grubber kick through which he gathered to score. He was a constant threat yet again with ball in hand and sees off Gloucester’s Lloyd Evans as our number 10.

9 John Cooney (Ulster): It’s not said enough just what a replacement signing he’s been for Ulster since joining from Connacht when Ruan Pienaar departed. The past two years have seen Cooney grow into an Ulster favourite and he consistently steps up with big moments that sees his stock rise at the PRO14 outfit. On Friday he scored 13 points that included a brilliant individual try to help secure a vital 18-13 pool win over Clermont Auvergne.

8 Marcell Coetzee (Ulster): Outshone Clermont’s much-vaunted back-row with a stunning display on Friday as the Irish province shocked the French giants in Belfast. Coetzee carried impressively, making 30 metres from 13 runs at close quarters, and also impressed at the breakdown and in defence. The South African regularly slowed down opposition ball and made 11 tackles as he take this position from Montpellier’s Caleb Timu, Toulouse’s Jerome Kaino and Exeter Chiefs’ Sam Simmonds.

7 Josh van der Flier (Leinster): Produced an all-action display to help the four-time champions edge past the up and coming French outfit, Lyon. Against a bruising pack, his carrying was vital, while his efforts in defence, which saw him make a game-high 20 tackles, prevented the hosts from gaining too much traction with ball in hand. Elsewhere, Sale Sharks’ Ben Curry was outstanding versus La Rochelle on Sunday, while Jordi Murphy had a superb game for Ulster.

2 big weeks in Europe! Great to be back in blue 🔵 pic.twitter.com/XHvIwWqp8t

6 Tom Curry (Sale Sharks): Tom’s twin brother Ben didn’t quite make it into the XV, but the England star does after dominating the breakdown on Sunday. La Rochelle have a gargantuan pack and are usually very effective at the contact area, but Curry continually turned over their ball. His defensive work was absolutely superb while his carrying game is improving as he continued his remarkable progress. As a result, Dave Ewers (Exeter), Jake Polledri (Gloucester) and Fulgence Ouedraogo (Montpellier) did not do quite enough to get into the team.

5 James Ryan (Leinster): In what was a disappointing World Cup for Ireland, the second-row didn’t have the greatest impact, but he looked back to his best as Leinster did just enough against Lyon. He excelled in all facets of the game, whether at the lineout or in attack and defence, as the Irish province went two from two. The next best were Gloucester’s Gerbrandt Grobler and Sale’s Jean-Luc du Preez, who shone against Montpellier and La Rochelle respectively.

4 Alex Craig (Gloucester): The Cherry and Whites have high hopes for the young lock and you can see why after this excellent display in the engine room. Following their lineout woes last weekend, Craig helped shore up that area, while the second-row also carried hard and was solid in defence, making eight tackles. As a result, he takes the position from Munster’s Jean Kleyn, who was superb in their draw versus Racing 92.

3 Levan Chilachava (Montpellier): Gloucester boss Johan Ackermann may have had qualms with his scrummaging but ultimately the Cherry and Whites did not adapt and the Georgian dominated opposition loosehead Josh Hohneck. He was also mightily effective at the breakdown and won a number of turnovers to edge out Lyon’s impressive youngster Demba Bamba.

2 Hame Faiva (Benetton): Scored one try last weekend against Leinster and followed that up with another two on Saturday as the Italian outfit’s maul caused all sorts of problems for Northampton Saints. Faiva’s set-piece work was solid and the hooker also excelled in the loose as the front-rower ran 11 times and made 13 tackles. Elsewhere, Camille Chat was once again magnificent for Racing 92, but it was not enough to displace the Benetton man.

1 Joe Marler (Harlequins): Went viral during the week for his brilliant interview but backed that up on the field with a superb display. Scrummaged well, regularly putting Bath under pressure at the set-piece, and was typically busy in defence, making nine tackles. Following their poor display last weekend and their disappointing start to the season, Marler’s return will be crucial for their chances of performing on the pitch. Alec Hepburn (Exeter), Mako Vunipola (Saracens) and Grégory Fichten (Montpellier) also played well but Marler deserved his place in the XV.

Joe Marler gets subbed off…