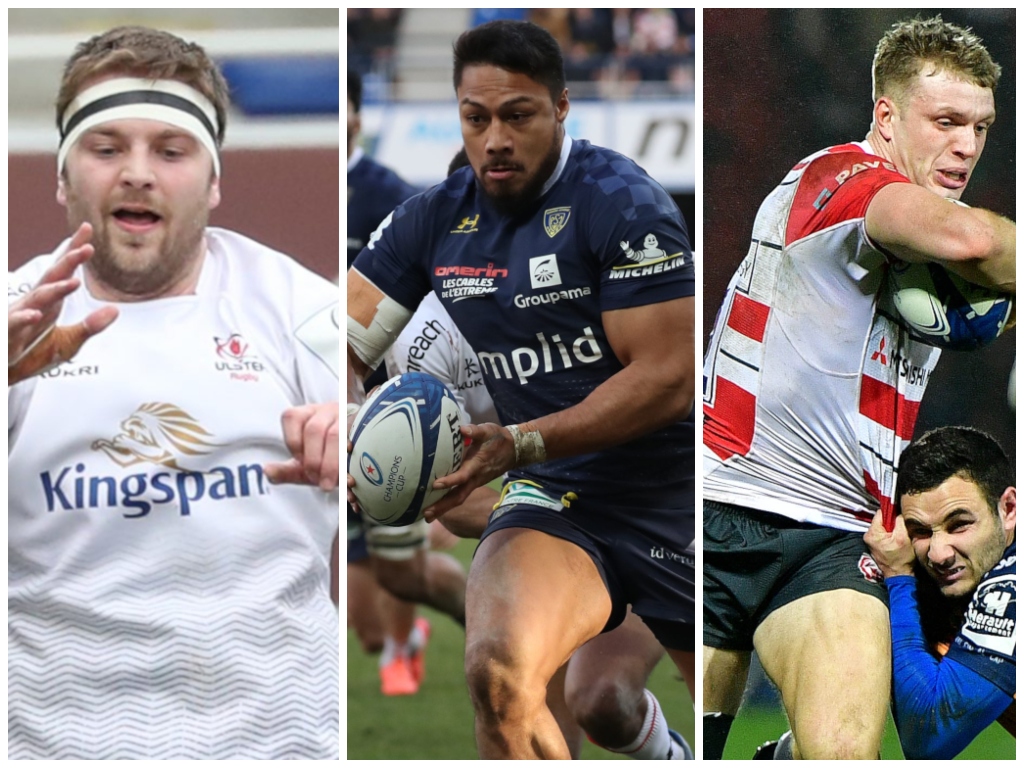 Now that the dust has settled on Round Five of the Champions Cup, we’ve gone through the action to pick the best players from the games that took place.

French sides Clermont Auvergne and Racing 92 lead the way with three players apiece following their impressive victories over Irish duo Ulster and Munster respectively, while Gloucester and Saracens are next best with two each.

Leinster are unfortunate to miss out completely following their dominant win over Lyon, but their best performers had some stern competition in those positions. Be sure to comment and also leave your own line-up in the comments section below.

Team of the Week: Champions Cup, Round Five

15 Jason Woodward (Gloucester): Plenty of credit went to Gloucester’s wings at the weekend but the full-back is an underrated part of their backline and was in excellent form on Saturday. Woodward is fearless with ball in hand and counter-attacks at will, which suits the Cherry and Whites’ expansive game plan. He also played a key part in Louis Rees-Zammit’s try with a superb tip-on pass under pressure. Elsewhere, Racing 92’s Brice Dulin dominated the air against Munster and was unfortunate to miss out.

14 Teddy Thomas (Racing 92): It was very difficult to leave out Gloucester’s ‘boy wonder’ Louis Rees-Zammit, but Thomas was a key part of the French outfit’s victory over Munster. He scored two tries in the 39-22 triumph but it was his second which was particularly special as the hosts moved in front late on. He somehow latched onto Finn Russell’s slightly overcooked cross-field kick and touched down, giving his side the lead with just eight minutes remaining.

13 Virimi Vakatawa (Racing 92): The centre has been in stunning form this season, particularly in the Champions Cup, and was simply unstoppable in Paris on Sunday. The France international was outstanding throughout against Munster but especially came to the fore later on as Racing scored three tries in the final 10 minutes. His footwork, lines of running and offloading ability caused the Irish province consistent problems as Vakatawa edged out Leinster’s Garry Ringrose.

Worthy of #HeinekenChampionsCup Try of the Round? 🌟

12 George Moala (Clermont Auvergne): The powerhouse centre has been an excellent addition to the French outfit and displayed his qualities in the vital victory over Ulster on Saturday. The New Zealander’s physicality was much-needed after the visitors dominated the first half of their encounter and he helped Les Jaunards get on the front foot. As a result, Moala edges out the consistent Robbie Henshaw, who produced a good display in Leinster’s win over Lyon.

11 Ollie Thorley (Gloucester): Rees-Zammit has had all the headlines over recent weeks, but Thorley has been just as good and Montpellier were unable to handle the Englishman. A call-up to the national squad surely beckons – particularly if Anthony Watson is unable to make it – following a series of excellent displays for the Cherry and Whites. On Saturday, the wing made a superb 147 metres from 13 carries, which included a stunning run that almost ended in an incredible individual try. Taqele Naiyaravoro (Northampton Saints) is unfortunate not to be in the XV, but Thorley was too good to ignore.

10 Adam Hastings (Glasgow Warriors): Finn Russell has the Scotland 10 jersey locked down but, should the current incumbent be injured or suspended, then the Glasgow Warriors man is a more than able replacement. Hastings was the Warriors’ spark against Exeter Chiefs and significantly contributed to their 31-31 draw at Scotstoun. Although the result ultimately hampered their Champions Cup qualification prospects, it was an impressive performance versus one of Europe’s form teams and Hastings has to take plenty of credit.

9 Richard Wigglesworth (Saracens): There were more eye-catching displays at scrum-half, including from Racing’s Teddy Iribaren, whose wonderful pass to Thomas was a highlight of the weekend, but Wigglesworth showed all his experience to help Saracens to an important win. The Ospreys had a man advantage for 75 minutes after visiting prop Rhys Carre was sent-off, but the scrum-half controlled the game superbly and set up their only try with another superbly judged box-kick. Iribaren and La Rochelle’s Tawera Kerr-Barlow were unfortunate to miss out but it was a masterclass from the former England international.

8 Alex Dombrandt (Harlequins): Marcell Coetzee, Matt Kvesic and Max Deegan impressed for Ulster, Exeter Chiefs and Leinster respectively but Dombrandt is our choice after playing a prominent role in helping Harlequins to victory against Bath at the Recreation Ground. Dombrandt was a constant threat on attack, gaining 85 metres with one clean break, a defender beaten and crossed for a well-taken try. Also did well on defence with 13 hits.

7 Calum Clark (Saracens): Made a rare start for Sarries but gave a good account of himself in the champions’ victory against Ospreys at the Liberty Stadium. After being reduced to 14 men in the fifth minute, Sarries had to work extra hard to secure the result and Clark was at the forefront of that effort by winning three crucial turnovers and he also defended well, completing eight hits. Exeter Chiefs’ Jacques Vermeulen and Jack O’Donoghue of Munster also impressed.

6 Alexandre Fischer (Clermont Auvergne): The 21-year-old played with a maturity beyond his years as Les Jaunards were made to work hard to get the better of Ulster at Stade Marcel-Michelin. Fischer came on as a first half replacement for Arthur Iturria and hit the ground running with a good all-round showing which resulted in him being named the official man of the match after the game. He was a willing ball carrier but made his biggest impact on defence with 13 hits and beats out Munster’s Peter O’Mahony.

5 Iain Henderson (Ulster): Although he finished on the losing side in that clash against Clermont, it was not through a lack of trying from the Ireland second-row, who put in a huge shift for Ulster. Henderson ran hard and also shone on defence with a team-high 15 tackles made. Jonny Gray also played well for Glasgow Warriors in an entertaining draw with Exeter.

4 Paul Jedrasiak (Clermont Auvergne): Defence played a big part in helping Clermont see of Ulster and Jedrasiak led from the front in that department as he finished with a match-high 20 hits in that encounter. The France international also did well on attack and gained 36 metres from 11 carries which included one clean break and a two defenders beaten.

3 Charlie Faumuina (Toulouse): The All Blacks front-row came to the fore with an excellent performance as the Top 14 champions notched a hard-fought win over Connacht in Galway. Faumuina delivered a powerful scrummaging performance but also caught the eye with a fine display in the loose and walked off with the official man of the match award. Leinster’s Tadhg Furlong also had a good game in his side’s triumph over Lyon.

Helping @StadeToulousain to a hard-fought victory to win Pool 5️⃣ and reach the quarter-finals, Charlie Faumuina is the @Heineken Man of the Match 👊

2 Camille Chat (Racing 92): Julien Marchand of Toulouse and Gloucester’s Todd Gleave also delivered strong performances but Chat gets the nod after putting in a fine all-round effort in his side’s home victory over Munster. Chat impressed in the execution of his core duties and was one of the Racing players who stood up well in defence to a powerful onslaught from Munster’s forwards.

1 Dave Kilcoyne (Munster): Munster’s forwards delivered a brilliant performance in a losing cause against Racing 92 in Paris and Kilcoyne was at the forefront of that effort. The Ireland international stood up well in the scrums, impressed on attack with 21 metres gained from eight carries with two defenders beaten, but also did his bit on defence with nine tackles. Clermont’s Etienne Falgoux was next best.