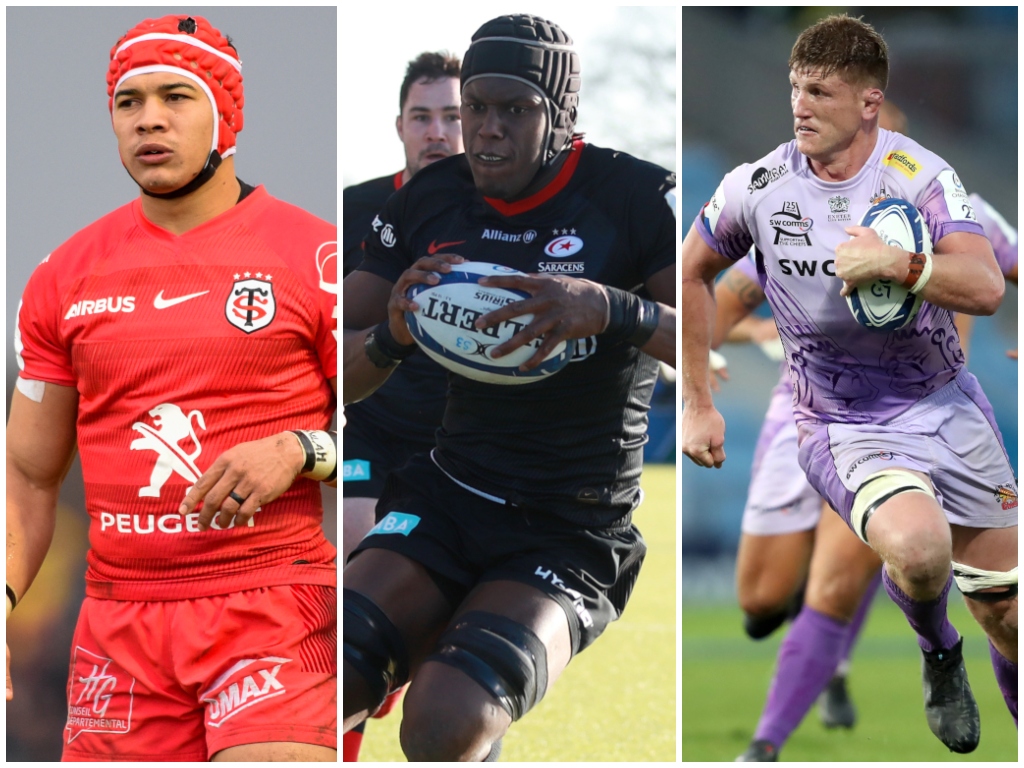 Now that the dust has settled on the quarter-finals of the Champions Cup, we have gone through the action to pick the best players from the games.

Unsurprisingly, Saracens and Toulouse dominate the XV following their impressive victories over Leinster and Ulster respectively. They have five players apiece, with Exeter Chiefs the next best.

15 Thomas Ramos (Toulouse): Missed attempts at goal aside, it was another sparkling display from the Toulouse full-back as his dancing feet and support lines made life hellish for Ulster on Sunday. In contrast with the boot, Saracens’ Elliot Daly was excellent as he chipped in with crucial long-range penalties, but we just felt that with 16 points and a whopping 125 metres with ball in hand Ramos deserves the opening jersey in our quarter-final team.

14 Damian Penaud (Clermont): Such a fluid yet destructive wing who caused Racing 92 a few problems on Saturday, albeit in defeat. The moment when Penaud bounced out of two tackles, pirouetted and then managed to regain his balance is just typical of his game as he mixes power with graceful running and that’s what makes him so good to watch. In truth he carried the Clermont backline as he ended with 105 metres, 77 more than anyone else behind the ASM scrum.

13 Sofiane Guitoune (Toulouse): The 31-year-old might have fallen down the pecking order in the national setup over the past 12 months but it is surely not due to his form at club level. Guitoune was once again devastating with ball in hand and that moment when he sorted out a shorts issue en route to laying on a try assist showed just how cool he is on the big stage. Henry Slade (Exeter) and Duncan Taylor (Saracens) earn mentions but it is Guitoune all day here.

12 Pita Ahki (Toulouse): Completing our all-Toulouse midfield, Ahki gets in ahead of Saracens centre Brad Barritt, who was a rock in their impressive demolition job in Dublin. But Ahki impresses us every time he takes to the field for Toulouse and Sunday was no different. His dynamism with ball in hand is quite outstanding and he finished with 10 carries for 66 metres, which included a try, as Ulster’s backs simply couldn’t contain their opposite numbers.

11 Cheslin Kolbe (Toulouse): Knowing what he is going to do is one thing, stopping it is clearly another, as Jacob Stockdale found out on Sunday. Kolbe scored two trademark tries against Ulster that saw his right-foot step once again come to the fore. He finished with five defenders beaten in another box office performance that sees him get our 11 shirt ahead of Racing’s Juan Imhoff. In this kind of form Toulouse and South Africa have cheat mode in rugby.

Cheslin Kolbe that is filthy 😱

10 Alex Goode (Saracens): After the suspension of Owen Farrell, there were questions as to whether the Londoners would be able to fill that void. Their options were the inexperienced Manu Vunipola or regular full-back Goode, who rarely plays at fly-half, but Sarries supporters needn’t have worried. Mark McCall and his coaching staff went for the 32-year-old and he was simply magnificent as the defending champions controlled the first half against Leinster. He kicked his goals, scored a try and showed plenty of composure throughout to take the position from Racing 92’s Finn Russell and Toulouse’s Romain Ntamack.

9 Antoine Dupont (Toulouse): This was a choice between the electric Dupont and the methodical, box-kicking brilliance of Richard Wigglesworth, but we’ve gone for the man that knits this frantic Toulouse outfit together. Watching Les Rouge et Noir is utterly mesmeric, to the extent where you wonder whether they have any structure at all, but the 23-year-old is a savvy operator. His pace is obvious, but the France scrum-half also controls the game superbly well and often takes the right decisions.

8 Sam Simmonds (Exeter Chiefs): There were some solid performances at number eight at the weekend, from Toulouse’s Selevasio Tolofua to Leinster’s Jack Conan, while Saracens’ Billy Vunipola put in an excellent defensive shift, but Simmonds was the player that stood out. The seven-times capped England international wasn’t quite as explosive as recent weeks but still made ground with every carry against Northampton, ending the match with 46 metres made.

7 Jacques Vermeulen (Exeter Chiefs): One thing that is perhaps underappreciated when discussing Exeter is their recruitment. Rarely do they bring in star names, but all their signings fit in seamlessly to the system and Vermeulen is another to excel since joining the club. The flanker has enjoyed a tremendous season but perhaps produced his best individual display on Sunday, scoring two tries, running for 47 metres and making 15 tackles. Racing’s Wenceslas Lauret, Saracens’ Jackson Wray and Northampton’s Lewis Ludlam also played well, but the South African was the clear standout.

6 Michael Rhodes (Saracens): Had it not been for injuries, the 32-year-old may have won several caps by now, whether for England, who he qualifies for on residency, or his native South Africa, but he has struggled to get out on the field over recent years. However, when fully fit, Rhodes is one of the first names on the teamsheet and showed his worth to Saracens’ cause at the Aviva Stadium on Saturday. The flanker was excellent in the lineout in Sarries’ 25-17 triumph over Leinster and also superb in defence, making 15 tackles as they reached the Champions Cup semi-finals.

5 James Ryan (Leinster): The Ireland international was at the forefront of Leinster’s second half fightback against Saracens and made his mark with a solid performance. Was busy on attack, gaining 21 metres from 17 carries, did what was expected of him in the lineouts and completed five tackles. Beats out Joe Tekori and Iain Henderson, who had a good battle in Toulouse’s win over Ulster.

4 Maro Itoje (Saracens): The 25-year-old showed why he is so highly rated as he played a big role in helping the defending champions advance to the semi-finals after beating Leinster in Dublin. Itoje impressed in the execution of his core duties, especially in the lineouts, but also caught the eye with excellent breakdown work and a huge defensive shift in which he made 19 hits. Exeter’s Jonny Gray was next best.

3 Vincent Koch (Saracens): The Premiership outfit’s scrummaging played a big part in their triumph over the Irish province and the Springbok deserves plenty of credit for that effort as he totally dominated his direct duel with Ireland’s Cian Healy. Koch won several scrum penalties but also put his body on the line on defence and completed 14 tackles.

2 Camille Chat (Racing 92): Although Saracens’ Jamie George and the Toulouse duo of Peato Mauvaka and Julien Marchand caught the eye with impressive displays, Chat gets the nod in our team after a fine all-round effort for Racing 92 in their away triumph against Clermont Auvergne. The France international looked dangerous on attack, gaining 16 metres, and did well at the breakdowns.

1 Mako Vunipola (Saracens): The England stalwart returned to action after some time out through injury and came to the fore with a fine display at the Aviva Stadium. Vunipola made his mark with a strong scrummaging display but also shone on defence and eventually made 18 hits before leaving the field late in the second half. Toulouse’s Cyril Baille. Eddy Ben Arous of Racing 92 and Northampton Saints youngster Manny Iyogun also played well.