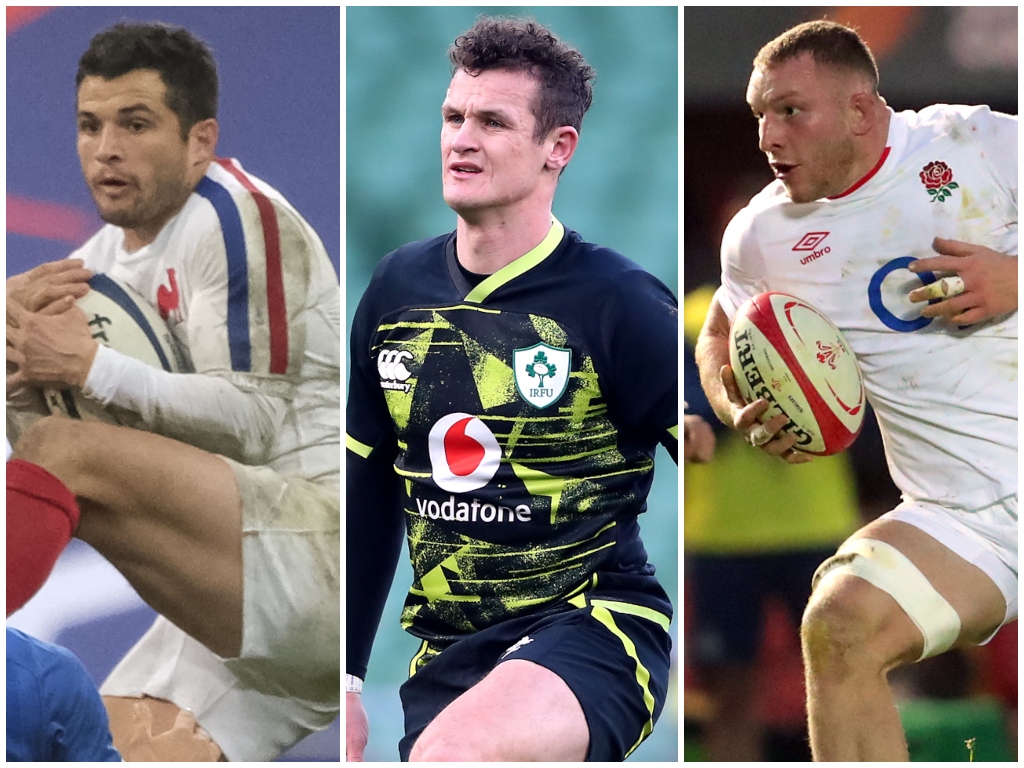 Now that the dust has settled on the third round of the Autumn Nations Cup, we have gone through the action to pick the best players from the games.

Seven England players make the side this week while we have included five representatives from France and one apiece from Wales, Ireland and Georgia.

Team of the Week: Autumn Nations Cup, Round Three

15 Brice Dulin (France): Has always impressed us at both club and international level so it was pleasing to see Dulin enjoy a solid game against Italy on Saturday. He finished with a whopping 128 metres with ball in hand as he threatened throughout, notably in his gather and slippery break that set up wing Teddy Thomas for his try. He earns this jersey ahead of Jacob Stockdale, who showed glimpses of his own running threat against Georgia on Sunday.

14 Jonny May (England): Moved to the other wing here as we had to get him in our side after another strong performance in the England jersey at Parc y Scarlets. While it did not consist of box office moments such as those outstanding scores against Ireland, May was ruthlessly efficient against Wales on a day when defences had to be right on their game, especially on a personal note as he faced off against one of the world’s most frequent finishers, Josh Adams.

13 Giorgi Kveseladze (Georgia): Another brilliant showing from Italy centre Marco Zanon as his powerful carries that included strong fends gave the Azzurri welcome front-foot ball against France. However, we could not ignore the Georgian who everyone was talking about on Sunday. Kveseladze’s solo try was the perfect way to end his team’s scoring drought but was a joy to watch whatever the circumstances. Pace, dummies and spatial awareness. Superb.

12 Johnny Williams (Wales): Williams has grabbed his recent chances in the Welsh jersey with both hands and Saturday was another effort to be proud of for the Scarlets centre. He took his try excellently and defended strongly in a game that consisted of few opportunities. Elsewhere, Jonathan Danty showed his power when crossing for France while Stuart McCloskey put in a workmanlike performance for Ireland, finishing with an impressive 171 metres.

11 Gabin Villiere (France): Scored a lovely try on 54 minutes as he scorched through Italy’s defence off turnover ball at the lineout. He will have been delighted to get his name up in lights on debut and to open his account in such style will only add to his joy. Villiere made six carries in total for 68 metres.

10 Billy Burns (Ireland): Enjoyed a fine 46 minutes before injury cruelly forced him from the field at the Aviva Stadium. Burns, given a chance due to Jonathan Sexton’s continued absence, made the perfect start in the 10 jersey when he crossed the whitewash early on and continued to make positive steps with points via the tee. Unfortunately a groin injury cut his afternoon short but he did enough to edge George Ford and Matthieu Jalibert here.

9 Ben Youngs (England): Another mature display from the England number nine as he again provided an assured presence behind that devastating pack of forwards. Granted, he didn’t have much competition for this shirt but Youngs still took it with ease as he kicked well and regularly took the right options.

8 Billy Vunipola (England): After flying under the radar in England’s earlier Autumn Nations Cup fixtures, he returned to form in a tightly contested encounter against Wales. One of Vunpipola’s strengths is his prowess on attack and he was in superb form in that facet of play as he gained 83 metres from 17 carries with two broken tackles. He also impressed on defence and finished with 11 tackles. France’s Anthony Jelonch was next best while Vunipola’s direct opponent, Taulupe Faletau, also had a good game.

7 Sam Underhill (England): The Bath stalwart put in a big shift and came out on top in his personal duel with Wales tearaway James Botham, who also had a good game. Underhill was a nuisance at the breakdowns where he won a crucial turnover and did his bit as a ball carrier, gaining 59 metres from eight runs which included a couple of offloads and two broken hits. He also made his mark on defence with eight tackles.

6 Sekou Macalou (France): Much was said and written about the Stade Français flanker in the build-up to France’s one-sided triumph over Italy at the Stade de France and he justified the hype with a strong all-round performance. Macalou was full of energy throughout, especially on attack, and was rewarded with a try for his efforts but also impressed defensively, completing 10 tackles. Tom Curry of England also caught the eye.

5 Killian Geraci (France): The 21-year-old shone during France’s triumphant World Rugby U20 Championship campaigns in 2018 and 2019 and he displayed similar form on his Test debut for Les Bleus against Italy in Paris. Geraci emptied the tank during a 60-minute stint, gaining 26 metres from four carries and also won a turnover. He made his biggest impact on defence where he finished with a match-high 19 tackles.

4 Maro Itoje (England): The Saracens star delivered another superb performance in their win over Wales at Parc y Scarlets and makes our team for the third week in a row. The 26-year-old was his usual busy self in most aspects of the game, winning his fair share of lineout balls, and made his mark as a ball carrier while also doing well on defence with seven tackles.

3 Kyle Sinckler (England): The 27-year-old was in fine form as he put in a big shift against Wales, with his scrummaging particularly impressive. Sinckler was strong on attack, where he finished with 20 metres gained from six carries, but also came to the fore with a solid defensive effort and eventually made five tackles for the English cause.

2 Peato Mauvaka (France): The 23-year-old enjoyed a rare start for Les Bleus but made full use of his opportunity with a decent showing in his side’s win against Italy. The Toulouse player was solid in the execution of his core duties in Paris, especially his lineout throw-ins which were accurate and on defence, where he completed 14 tackles.

1 Mako Vunipola (England): One of England’s star performers in that hard-fought victory over Wales after an excellent all-round display. The older Vunipola caught the eye as a ball carrier and finished with 34 metres gained from eight carries which included a well-taken try from close quarters. He also did his bit on defence and stood up well in the scrums.