Home International Team of the Week: Autumn Nations Cup, Round One 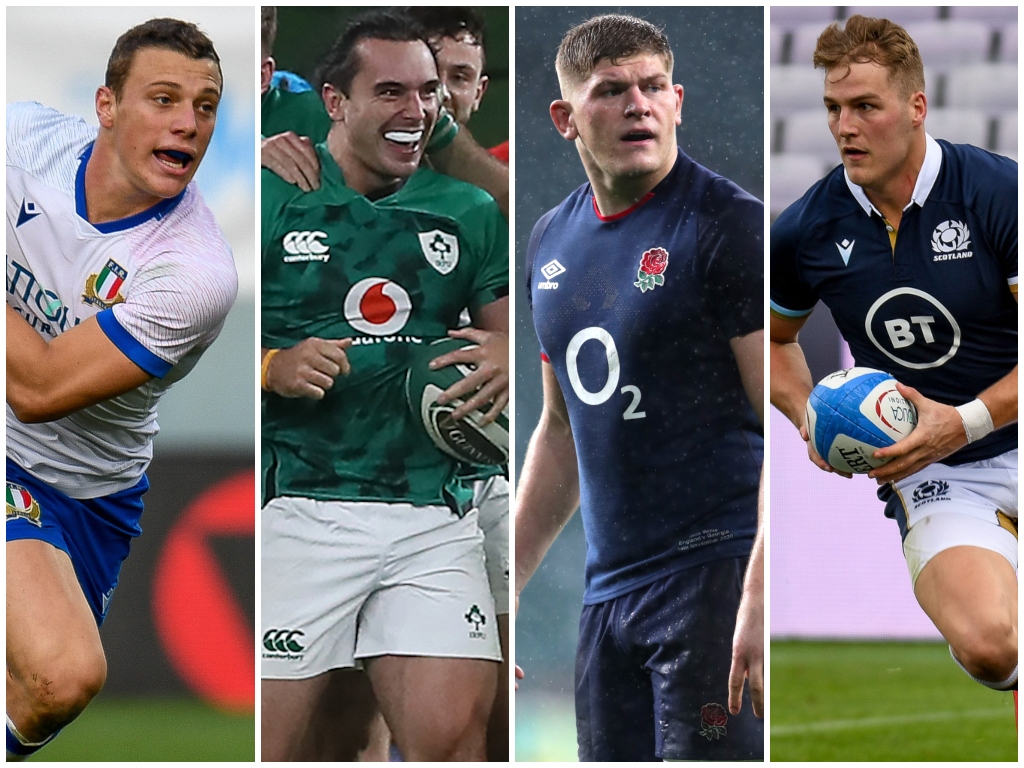 Now that the dust has settled on the opening round of the Autumn Nations Cup, we have gone through the action to pick the best players from the games.

Ireland lead the way this week with five players included after their impressive 32-9 triumph against Wales, while Italy, despite being on the losing side, have four representatives in the mix, with England and Scotland making up the remainder of the line-up.

So without further ado, here’s our side in all its glory. Please make sure to leave your views and own team selections below in our comments section…

Team of the Week: Autumn Nations Cup, Round One

15 Matteo Minozzi (Italy): Despite the loss in Florence, Minozzi can hold his head high after a typically dazzling display against Scotland. While England full-back Elliot Daly enjoyed a decent day at the office, the Azzurri pocket rocket gets the nod as he caused the Scots plenty of problems on Saturday. Minozzi finished off a brilliantly worked try soon after Scotland had crossed themselves and, if he can stay injury free, Italy have a real talent at the back as a finisher.

14 James Lowe (Ireland): What a debut it was from the New Zealand-born wing. While he might not have believed it himself in the past, Lowe’s been of international standard even going back to his time at Tasman and later the Chiefs. Such a feel-good player whose enthusiasm is infectious, the Leinster star took to the Test stage with ease and has surely nailed down a jersey moving forward. He was a constant threat to Wales and fully deserved his late score.

13 Marco Zanon (Italy): Our second Italian to make the side is outside centre Zanon, who enjoyed a solid day at the office in Florence. It was his line break on halfway that led to Minozzi going over for a try and he certainly got the better of his opposite number, Chris Harris, on Saturday. Zanon made 51 metres with ball in hand and backed that up with seven tackles in a well-rounded effort that unfortunately for Italy ended in a narrow tournament-opening loss.

12 Robbie Henshaw (Ireland): Distributed well from inside centre in Ireland’s impressive victory in Dublin and also provided a reliable option to Johnny Sexton before bringing calm alongside Billy Burns later on. A hugely undervalued player in the game, who Ireland need as the midfield glue moving forward.

11 Duhan van der Merwe (Scotland): Much like Lowe for Ireland, it’s been a waiting game before international rugby would get to see Van der Merwe make his impact. The Edinburgh finisher has been outstanding in the PRO14 and Europe for the past two seasons and one felt that Scotland were counting down the days before he became eligible to don their jersey. The wing hasn’t disappointed thus far and was superb last Saturday, making a huge 143 metres.

10 Paolo Garbisi (Italy): Our third Italian back to make the cut was in great form for the Azzurri and looks right at home at this level at only 20 years of age. He was impressive off the kicking tee, sending over four penalties and only missing a touchline conversion attempt, while also managing the game well alongside Marcello Violi. Italy’s future looks bright in terms of talent coming through and their fans will hope he grows as he gains more experience at this level.

9 Jamison Gibson-Park (Ireland): Mentions must go to England’s Ben Youngs, who directed his side extremely well on the front-foot against Georgia, and Lloyd Williams, who impressed late on for Wales, but Gibson-Park is our nine this week. The Leinster half-back fizzed with energy in their game against Wales and has put significant pressure on coach Andy Farrell to pick him ahead of Conor Murray against England. He played a major role in their win.

8 Caelan Doris (Ireland): Despite being a rookie in the international arena, the Leinsterman is learning fast and showed he belongs at the highest level with a fine performance at the Aviva Stadium. The 22-year-old went head-to-head against the experienced Taulupe Faletau but wasn’t fazed and was one of Ireland best players on display. Doris shone as a ball carrier, gaining 50 metres from 10 carries, but also did his bit on defence with nine tackles.

7 Jack Willis (England): The Wasps tearaway made his long awaited Test debut and showed that all the hype was worth it as he was in fine form against Georgia. Willis was only on the field for 47 minutes but made a big impact during that time as he gained 44 metres from nine runs which saw him breaking three tackles and scoring a deserved score. He also won a turnover and should be extremely happy with his efforts at Twickenham on Saturday.

👏 What an @EnglandRugby debut @jackswillis7!

6 Maro Itoje (England): Some eyebrows were raised when Eddie Jones opted to move him to the flank from the second-row but the 26-year-old forward justified the faith shown in him by his coach with a superb all-round performance. He put in a massive shift, with his tight work particularly exceptional, especially on defence where he made 11 hits. Itoje combined well with fellow flanker Willis and comes in ahead of Ireland captain Peter O’Mahony.

5 Joe Launchbury (England): Ireland’s James Ryan also had a good game against Wales but we opted for the Wasps captain, who came to the fore with an impressive display as England put Georgia to the sword at Twickenham. Launchbury won his fair share of line-out balls, did well on attack, gaining 21 metres from six runs, but made his biggest impact on defence with a match-high 14 tackles as once again he was a workhorse in the pack.

4 Scott Cummings (Scotland): This was a tough choice as England’s Charlie Ewels had a good game against Georgia, but Cummings gets the nod after a fine showing in his team’s come-from-behind win over Italy. The Glasgow Warrior left his stamp on that match with a solid showing, especially on attack where he made 34 metres from six carries and crossed for a well-taken try. He was also prominent on defence where he made eight hits.

3 Andrew Porter (Ireland): Ireland’s pack set up a platform for their backs in their win over Wales and Porter was one of his side’s best forwards. The 24-year-old delivered a fine scrummaging display and comfortably won his direct duel with Rhys Carre, who was on the back foot at the set-piece on several occasions, especially during the first half. He also did his bit on defence, especially at close quarters, to edge out England tighthead Will Stuart.

2 Jamie George (England): The easiest selection of the week, the Saracens stalwart made history as he became the first England hooker to score a hat-trick of tries. Those scores were just reward after a great performance in which he also caught the eye with accurate throw-ins at the line-outs and a solid defensive shift, in which he made six tackles. His efforts saw him walking off with the official man-of-the-match award after the game.

1 Danilo Fischetti (Italy): The fourth and final Italian in our team, loosehead prop Fischetti is worthy of his place after an excellent all-round performance in his side’s home loss to Scotland. The 22-year-old brought plenty of energy to the Azzurri’s onslaught, especially with ball in hand and he eventually gained 39 metres from 10 carries. Fischetti also made nine hits and beats out England’s Ellis Genge, who was strong against Georgia’s scrum.