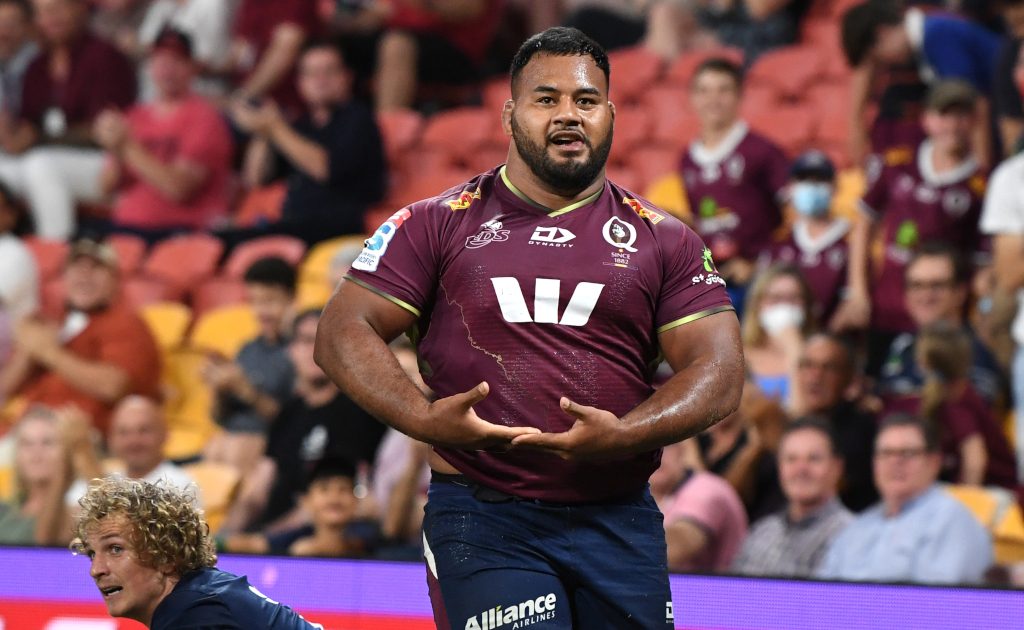 Reds front-row Taniela Tupou has been cleared of foul play and is available to face the Waratahs on Saturday after he was found not guilty of ‘dangerous play’.

Tupou was cited after after a dangerous cleanout on Jahrome Brown of the Brumbies during the Reds‘ four-point defeat in Canberra in Round Five of Super Rugby Pacific, although the Wallaby initially avoided any sanctioning.

If found guilty, the bulldozing prop could have been ruled out for up to three weeks but a SANZAAR judicial committee hearing ruled he did not breach Law 9.20 – Dangerous play in a ruck or maul.

“The judicial committee deemed that the Red Card threshold has not been met and the citing was dismissed.

“The judicial committee found that there was no evidence of direct contact made by the player’s shoulder with his opponent’s head. In the event there was any contact with the opponent’s neck it was secondary and of insufficient danger to warrant either a red or yellow card.

“The player is therefore free to resume playing.”

The Reds were optimistic about having Tupou available to play with their co-captain Liam Wright saying they will challenge SANZAAR’s initial ruling that Tupou’s cleanout had met the red card threshold.

“We’re going to be fighting that,” said Wright regarding the incident on Tuesday.

“We’re under the impression that it was a bit hard done by; we felt that it was shoulder on shoulder, which I’m pretty sure was cleared with the TMO (television match official) on the night and played on.

“With the scrutiny we’ve got on the games at the moment and refs checking a lot of stuff, once it gets cleared on field we expect it to stay that way.”

Tupou has been named in the Reds’ start line-up for clash against the Waratahs in Brisbane.