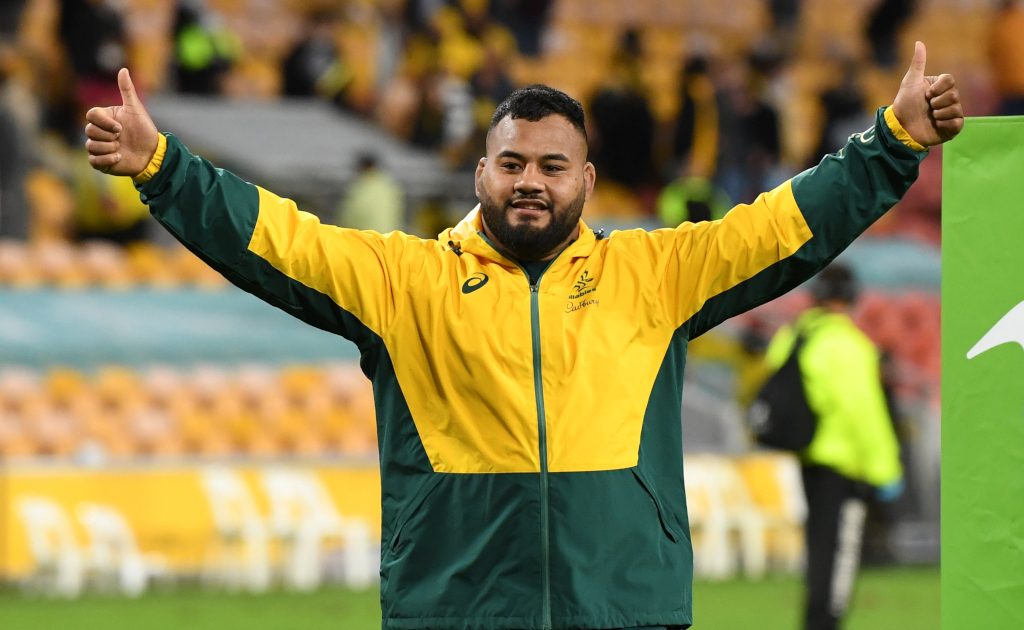 Australia prop Taniela Tupou has joked with Rugby Australia about offering him a new contract as his four-year deal ends after the 2023 Rugby World Cup.

Having grown up in Tonga before moving to New Zealand and subsequently Australia, Tupou has been contacted by Tongan coach and former Wallaby Toutai Kefu about returning home given rugby’s new eligibility laws allowing players to play for their country of birth after a three-year stand-down period of Test rugby.

“I said ‘Keps I’m Australian, I’m not Tongan anymore, leave me alone’, but after next year I’m off contract and I’m not sure … gold jersey or red [Tongan] jersey,” Tupou joked to AAP.

In all likelihood, Tupou will head north for a big payday unless Rugby Australia steps in with a contract offer.

“I’ve loved it, am so grateful for the Reds, they really trust me and I think I gave my all every year.

“This year, next year I’ll do everything I can to help this team win and we’ll see how we go after that.”

However, preparations for the inaugural Super Rugby Pacific season have been challenging for the prop forward due to the tragic volcano and tsunami disaster in Tonga.

Tupou waited for almost a week to get word that his mother and family had survived the disaster. Training and preparing for the season ahead proved difficult whilst filled with concern.

“I was awake, every night just hoping for a phone call or something and finally got it, so I went to sleep in peace,” he said.

“My mum’s village is fine, but my dad’s island is gone, nothing there, but it could be worse.”

The 25-year-old has organised a shipping container filled with essentials and clothing to be sent to his family back home.

The Reds have a charity game to raise money for UNICEF while a $500 donation will be made to the Red Cross Pacific Tsunami Appeal for every try scored in the first 10 rounds of Super Rugby Pacific.

“I was going to put it up on Instagram, ‘don’t touch me, let me score, for my people,” Tupou said.

“It’s so good to see the rugby community helping each other … people are willing to help my little island country.

“You grow up with no phone, no nothing, so I’m sure some kids will appreciate some clothes, toys, books.”