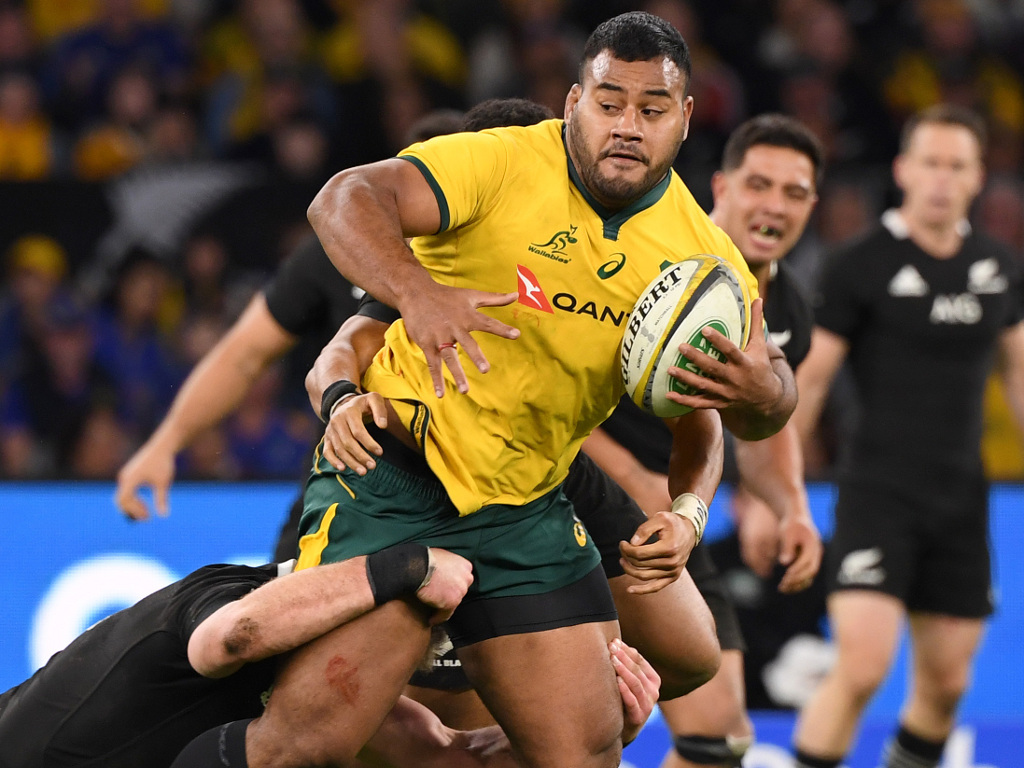 Rugby Australia and the Reds have announced that tighthead prop Taniela Tupou has signed a four-year contract extension that will keep him in Australian rugby until the next World Cup.

The confirmation of the 23-year-old’s signing, although openly talked about for months in rugby circles, is another win for Australian rugby in the wake of the Wallabies’ win over the All Blacks in Perth on Saturday.

“I’m very excited to sign for the next few years. Queensland and Australia offered me the first opportunity out of school and I feel I have more to do to repay that faith,” Tupou told Rugby Australia’s official website.

“I only started playing consistently in the last two or three years, so I think there’s still more for me to offer in Australia for the Reds and Wallabies.

“We have a really good young group in Queensland who have been working hard the last few years and I know we’re heading in the right direction.”

Tupou had hinted at his re-signing, saying he “owed” Australia for making him a Test player and expanded on his love of playing in the gold jersey after confirming his contract extension.

“Obviously growing up as a kid, watching them, and now being able to pull on the jersey is an honour,” he said.

“To know that I will be here for the next four years is exciting because it means I may have the opportunity to pull on the jersey again if I continue to work hard.”

His signing is a win for both the Reds and the Wallabies, who will take Tupou to the World Cup after he again impressed coach Michael Cheika in Australia’s win against the All Blacks in Perth on Saturday.

There’s little doubt Tupou could have lined his pockets by joining the Wallabies post-World Cup exodus but his decision to remain in Queensland is exciting for both the Reds and Australian rugby.

After making his Test debut against Scotland on the 2017 end-of-year tour, Tupou had a breakout season last year, winning a legion of fans for his hard running and hammer hits, with cries of “Thor” ringing out at the Reds’ Suncorp Stadium home every time he touches the ball.

And while personal issues put him on the back foot early this season, speaking out and asking for help has him on track to be at his best in a gold jersey in Japan and for another four years as he continues to learn his craft at the Reds and in the Wallabies set-up.

Tupou admitted the World Cup was far from his thoughts earlier this season.

“Start of this year I went through a lot, some personal stuff, and it was really tough for me,” he explained.

“There was one point there when I didn’t think about the World Cup, I just forgot about everything.

“But finally I started to speak up about it and talk to people and finally spoke to the coaches and they realised what I went through. We did some work on it, I had to miss some games, off the bench and stuff, just to help me get my head in the right space.

“Now I’m enjoying my footy. To be honest I didn’t even think I’d be in a team because in my head I wasn’t happy, I wasn’t enjoying it, but I did the right thing in speaking up.

“Now I’m happy being around the boys and they know what I went through and they’ve been so helpful. I’m so glad I spoke up.”

At just 23, the tighthead has enormous potential and, with 14 Test caps and almost 50 appearances for the Reds already under his belt since his Super Rugby debut in 2016, is set to engage in a fascinating battle with Brumbies tighthead Allan Alaalatoa for the Wallabies number three jersey with his fellow tighthead having already signed with Rugby Australia until 2023.

Tupou will head to Auckland this week ahead of Saturday’s second leg of the Bledisloe Cup, where the Wallabies will attempt to break their 33-year Eden Park drought.