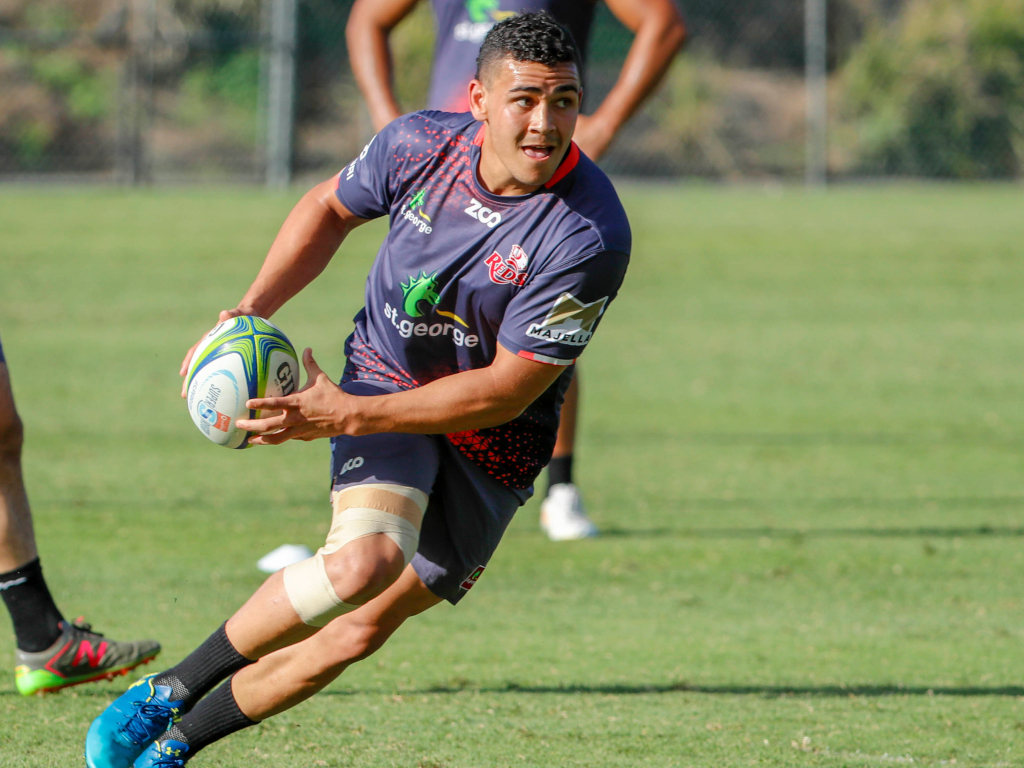 The Waratahs have secured the signature of Izaia Perese for the 2021 Super Rugby season, with the damaging outside back joining Rob Penney’s squad for the next two seasons.

Perese – previously contracted with Bayonne in the Top 14 – earned 17 caps for the Reds in 2016 and 2017 before making the switch to the Brisbane Broncos in the NRL.

An Australian Schoolboy and U20 representative, Perese returns to Australia after a Covid-affected stint in France.

NSWRU general manager of rugby Tim Rapp believes that Perese is a welcome addition to the squad’s backline stocks.

“We’ve seen what Izaia is capable of in his previous stint in Super Rugby,” Rapp said. “He’s an exciting, damaging player who gives another point of difference within our backline.

“It was a short stint for Izaia in France (due to Covid) and when we became aware he wanted to be back in Australia it was quickly evident this was a great fit for both parties.

“We certainly need to acknowledge some of the recent issues Izaia had during his time with the Broncos, and it’s something that we’ve spoken about with him at length.

“He understands the expectations we have of everyone within our organisation and we’re looking forward to supporting his transition into the Waratahs environment.”

Waratahs head coach Penney is looking forward to working with Perese in the season ahead.

“Izaia comes extremely well-regarded and having seen his previous work in Super Rugby, we’re excited to have him on board for the next two seasons,” Penney said.

If you haven't seen any of Izaia Perese – the Queensland Reds outside back we're rumoured to be signing for 2020, well, check him out. One of the best prospects in Aussie Rugby. pic.twitter.com/V5j91UCGQJ

“He’s worked with Gilly [Jason Gilmore] back in Queensland, so I’ve been able to get great background on his athletic ability and how he can contribute to our backline.

“Izaia’s addition gives us good depth across the midfield and back three given his versatility.

“With plenty of competition for places, we’re looking forward to welcoming him into the group when everyone returns fresh from the Christmas break.”

Perese added: “It’s been extremely tough being overseas throughout Covid and while I enjoyed my time in Bayonne, I’m really happy to be coming home.

“The Waratahs are a club I’m now proud to be a part of and having spoken to people in and around the club, there’s a lot to be excited about leading into 2021.

“I’m just looking forward to getting out on the training pitch and letting my footy do the talking.

“It’s been a challenging 12 months, but I know that being at the Waratahs is the best place for me both professionally and personally.”