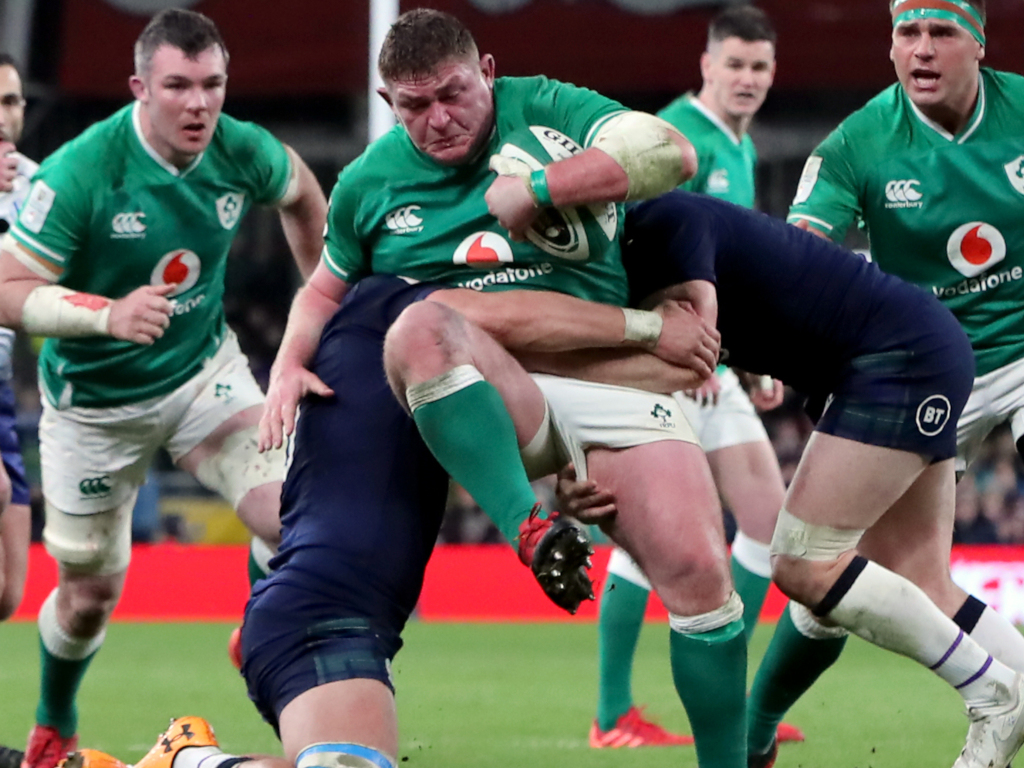 Tadhg Furlong admits he is unsure whether he is 100% match fit yet, but insists he is ready to start his first Ireland game in over a year as Andy Farrell’s men travel to Rome to face Italy.

Furlong hasn’t started a game since prior to the first lockdown last year when the Leinster tighthead suffered a back injury against England at Twickenham. Since then Furlong has been plagued by calf and hamstring injuries, leaving him on the sidelines.

However, he finally returned in January as a starter against Scarlets in Wales, playing for 40 minutes. While he made his return to the international arena with cameos against Wales and France in the Six Nations’ first two rounds, Furlong is not yet at his peak level of fitness, but is slowly but surely getting closer.

“There’s no point lying to you: I’ve only played, what, 90/95 odd minutes of rugby since this game last year, was it? So, it hasn’t been a whole lot of rugby but even the training load has been really good for me in terms of getting that six/seven weeks now of consistent training or robustness into the body,” Furlong told the Irish Examiner.

Ireland have had little to celebrate in the early part of the Six Nations, after defeats in both of their opening games. They have also lost back-row Peter O’Mahony to suspension for most of the tournament as well as their skipper, influential fly-half Johnny Sexton, to concussion protocols ahead of the France game.

However, the return of their world class front-row will likely give everyone in the Irish a boost.

Nevertheless, Furlong has had to be patient as he made his return, as plans for a Champions Cup quarter-final return were nixed when his calf injury flared up again. But the 28-year-old believes that the opportunity to have a full pre-season will likely benefit him in the long run.

“When it goes into that longer-term picture, the more it was a holistic view … where it’s like, ‘I have a bit of time off here, I’ll go away about my work, rehab, nail it, but when I’m out of here, I’m out of here,” said Furlong.

In the end, it stands to benefit him, who pre-injury didn’t look like his usual self. Pressing reset could be what the doctor ordered as Furlong has used the time off to develop wisely as he began a four-year accountancy course, but the Wexford native’s absence has allowed Andrew Porter to shine.

“Look, it’s been very impressive. Ports is a very fit man,” he added. “He’s played a lot of rugby and a lot of minutes so it’s power to the man really. In an ideal world you don’t want a tighthead having to do that where there’s a like-for-like replacement on the bench.”