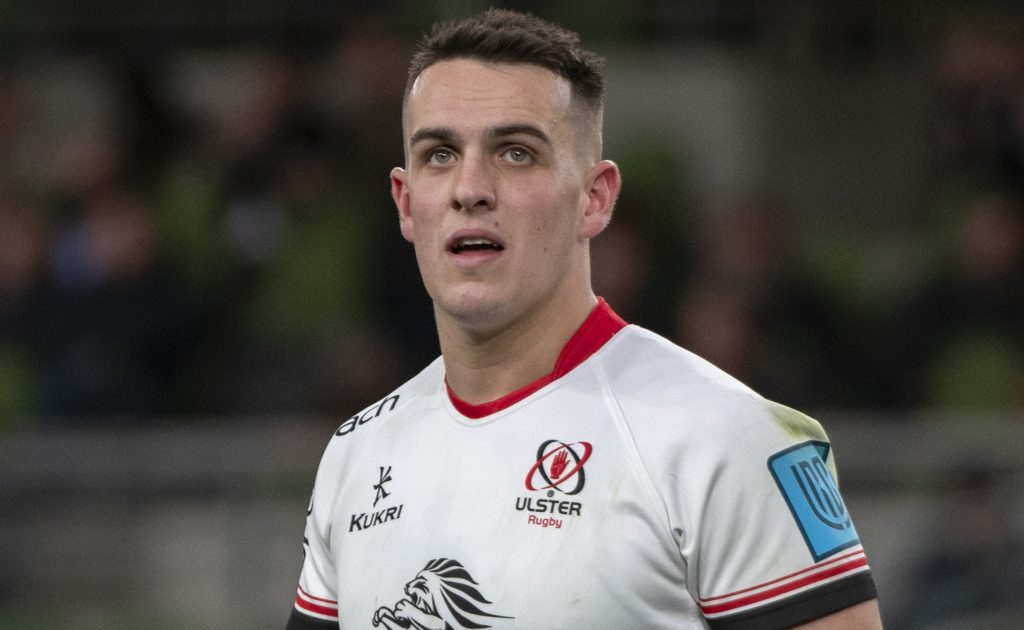 Ulster claimed a rare win at the RDS Arena and halted Leinster’s unbeaten start to the United Rugby Championship after overcoming their Irish rivals 20-10 on Saturday.

In a scrappy encounter, the visitors were the more clinical side and went into the break 7-0 in front thanks to Greg Jones’ effort.

John Cooney added to his first-half conversion with a penalty after the break, but the Dubliners levelled matters thanks to Robbie Henshaw’s score and Ross Byrne’s three-pointer.

Ulster immediately responded, however, as replacement scrum-half Nathan Doak was successful off the tee before James Hume’s intercept try sealed the win for Dan McFarland’s men.

The visitors left early points behind them, before Hume’s break outside Jordan Larmour took him up to five metres out. Cooney’s quick delivery from the ruck was well-finished by the inrushing Jones.

Cooney converted from the right, but Ulster needed more points to show for their dominance of possession and territory, midway through the half.

Billy Burns’ sharp break almost created a try for Cooney, before Adam Byrne’s surge into the Ulster 22 was spoiled by the fast-thinking Timoney.

Cooney missed a long-range penalty on the stroke of half-time, but Leinster continued to fall foul of referee Frank Murphy’s whistle.

Although the 11th penalty against the hosts was turned into three points by Cooney, Leinster soon found some much-needed rhythm.

Despite a loose pass from Luke McGrath, Henshaw picked it up off his bootlaces to evade Eric O’Sullivan and score from a few metres out. Ross Byrne converted.

Ulster knocked on at a maul just a few metres out, before Hume, the eventual URC player-of-the-match, did well to cover a dangerous kick from Larmour.

A strong spell of Leinster carrying teed up Byrne to kick them level, but a confident Doak split the posts with aplomb to punish a Max Deegan maul infringement.

Handling errors continued to frustrate Leinster, and instead, with two minutes remaining, it was Hume who gobbled up a Tommy O’Brien pass on halfway and raced clear for Doak to convert.

Edinburgh too good for the Dragons

Ramiro Moyano scored two tries as Edinburgh deservedly picked up the spoils with a 30-14 bonus-point win over the Dragons at Rodney Parade.

Edinburgh dominated in terms of territory and possession and could easily have won by a greater margin.

Debutant Emiliano Boffelli and Damien Hoyland also scored tries, with two penalties and a pair of conversions from Blair Kinghorn completing the scoring.

It was a miserable night for the Dragons, who lost Taine Basham and Jack Dixon in the first half, but they managed two tries from Jonah Holmes and Sam Davies, with Davies converting both.

Glasgow looked on course for a fourth victory of their league campaign, but they were ultimately punished by Marin after pulling down a line-out inside their own half.

Marin was Benetton’s hero in similar circumstances against Edinburgh in Round 2, kicking a stunning late drop-goal to clinch the win.

A dogged Benetton side stayed in the hunt, though, after full-back Rhyno Smith claimed a try inside the opening minute, with flanker Giovanni Pettinelli also crossing and Marin booting three penalties.