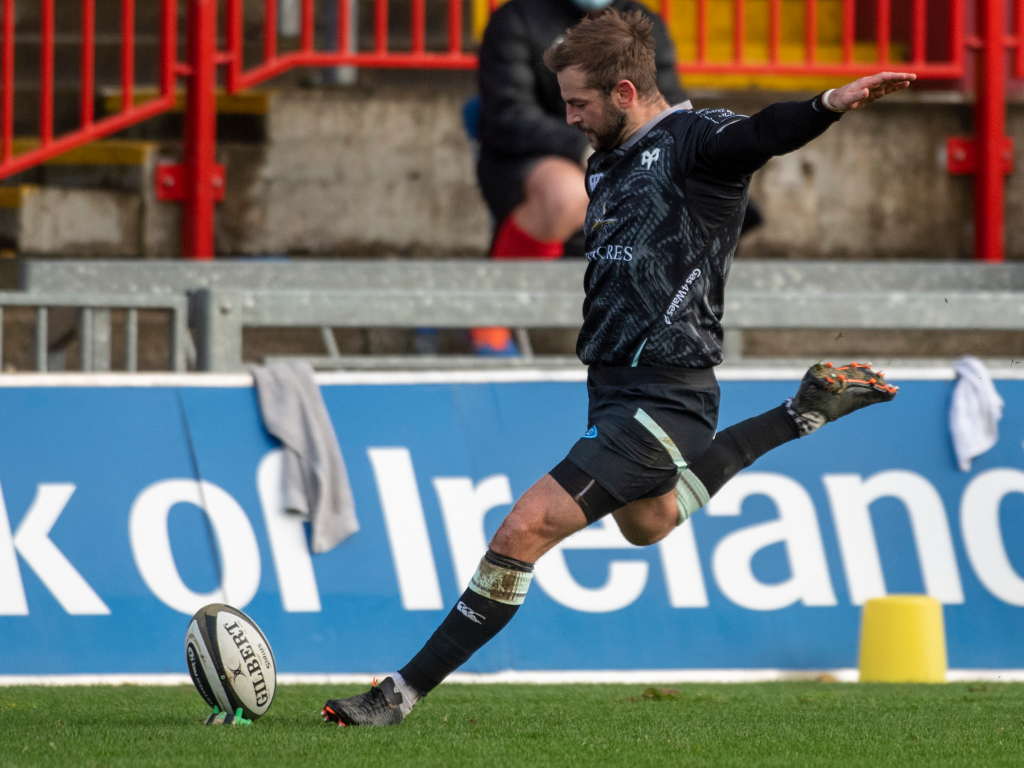 Ospreys overturned a 12-point half-time deficit to secure a deserved a 26-20 triumph against Connacht in Sunday’s PRO14 clash at the Sportsground in Galway.

Rhys Webb responded to his omission from Wales’ Six Nations squad with two well-taken tries in the second half.

Trailing 17-5 at half-time after converted scores from Alex Wootton and Paul Boyle, Ospreys bounced back from captain Justin Tipuric’s sin-binning to claim their first victory in Ireland since September 2016.

Adding to George North’s early try, Wales prospect Mat Protheroe and Webb both crossed in a profitable five-minute spell. Webb then bagged the winning try from a 67th-minute maul.

A forward pass from Conor Fitzgerald prevented Connacht winger Wootton from touching down early on, and instead it was Ospreys who hit the front in the eighth minute.

Dan Lydiate’s charge-down, coupled with a strong counter ruck, allowed them to build pressure, and some neat interplay between North, Tipuric and Dan Evans ended with the winger crossing for an unconverted try.

Toby Booth’s side soon gobbled up ground through Sam Parry and Rhys Davies – only for John Porch and Wootton to rip the ball free.

As Connacht hunted down their elusive first try, Owen Watkin did well to deny Wootton in the left corner, but it was a case of third time lucky for the former Ireland Sevens international in the 29th minute.

A Kieran Marmion tackle dislodged the ball from Kieran Williams’ grasp, allowing Fitzgerald to dart downfield unopposed and send the supporting Wootton over for a seven-pointer.

With Wales prop Rhodri Jones coughing up scrum penalties, Connacht went for the jugular approaching the interval. Tipuric’s maul offence earned him a yellow, and Boyle brilliantly barged over from Marmion’s inside pass.

Fitzgerald’s conversion extended the lead to 12 points, yet the 14-man Ospreys replied in terrific fashion.

Protheroe went over in the 47th minute for a timely seven-pointer, having sparked a fleet-footed move down the right involving North and Williams.

Stephen Myler also converted his half-back partner Webb’s 51st-minute sidestepping score from a close-in maul, before Fitzgerald made it 20-19 by punishing a Lydiate offside.

Then it was Ospreys’ turn again to force the issue, narrowly missing out on a maul try before a messy series of five-metre scrums, under referee Frank Murphy’s watch, ate up the clock.

However, a well-supported Webb was unstoppable from a subsequent lineout drive in the left corner. Myler converted for good measure, ensuring a fourth straight home defeat for Connacht in all competitions.