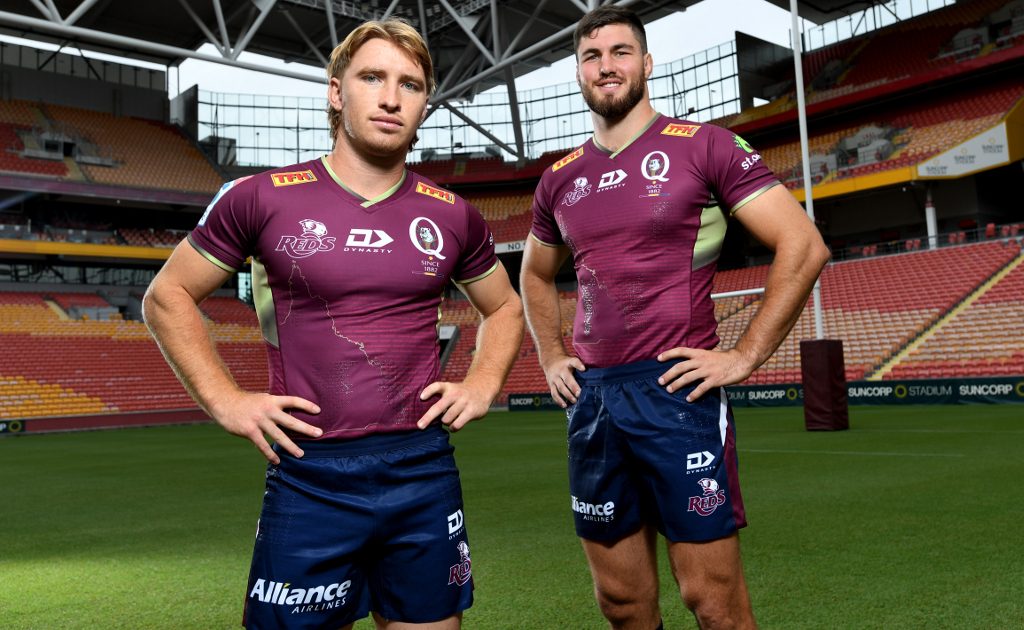 James O’Connor’s flirtation with captaincy is over after the “cooked” Reds title-winner opted against returning to the role this year.

Instead livewire scrum-half Tate McDermott has been promoted to partner Liam Wright as co-captain for the new Super Rugby Pacific season beginning next month.

McDermott has big boots to fill as Wright’s long-term ankle injury on the eve of last season saw O’Connor parachuted into the captaincy and flourish, the former rugby bad boy relishing the task as the Reds swept to the Super Rugby AU title.

Injury hit, though, as he watched the bulk of the Wallabies‘ Test season from the sidelines, only returning on the end-of-year tour after Quade Cooper had shone in his remarkable Test return.

With England due to tour and the 2023 World Cup on the horizon, O’Connor opted to shed those extra captaincy duties.

“James did a fantastic job in Liam’s absence but just driving the team as a five-eighth and leading the team in every other area, by the end of it he was pretty cooked and said so himself,” Reds coach Brad Thorn told Rugby Australia’s official website.

“(It’s about) taking that load off him and other guys have been putting their hands up.

“James has got a massive role as a number 10 for us and game leader; I’m sure he’ll be talking with Tatey and Liam… it doesn’t change too much.”

O’Connor’s emerging half-back partner McDermott is 23 and has played 15 Tests. His line-breaking ability, brave defence and improving kicking game have him positioned for a long Wallabies career.

Shining in his new role could strengthen McDermott’s case for a starting role at Test level, the potent ball-runner jostling for game-time with Waratahs leader Jake Gordon and Brumbies and Wallabies first-choice number nine Nic White.

Thorn described McDermott as the “quintessential Queenslander from the Sunshine Coast”.

“Honest guy, works hard, all the things we like here; he has a humility about him, but belief and he’s about striving for excellence and the big one is he cares,” said Thorn.

McDermott was proud to take on the honour alongside Wright, with the pair’s journey connected ever since they both ran out for their debuts against the Rebels in 2018.

“It came at a bit of a shock for me when Thorny told me a couple of days ago but it’s a massive honour for me and my family,” said the scrum-half.

“To be in the company of some of the greatest Rugby players Queensland has produced and on the same boat as Liam (Wright) is massive.

“It now turns our focus on the team…we need to try and get the best out of the boys and I’m really excited to take this journey with Liam.

“I’ve learnt a lot from James (O’Connor) in the space we are in now so he’s been awesome and will keep supporting me so it’s really exciting.”