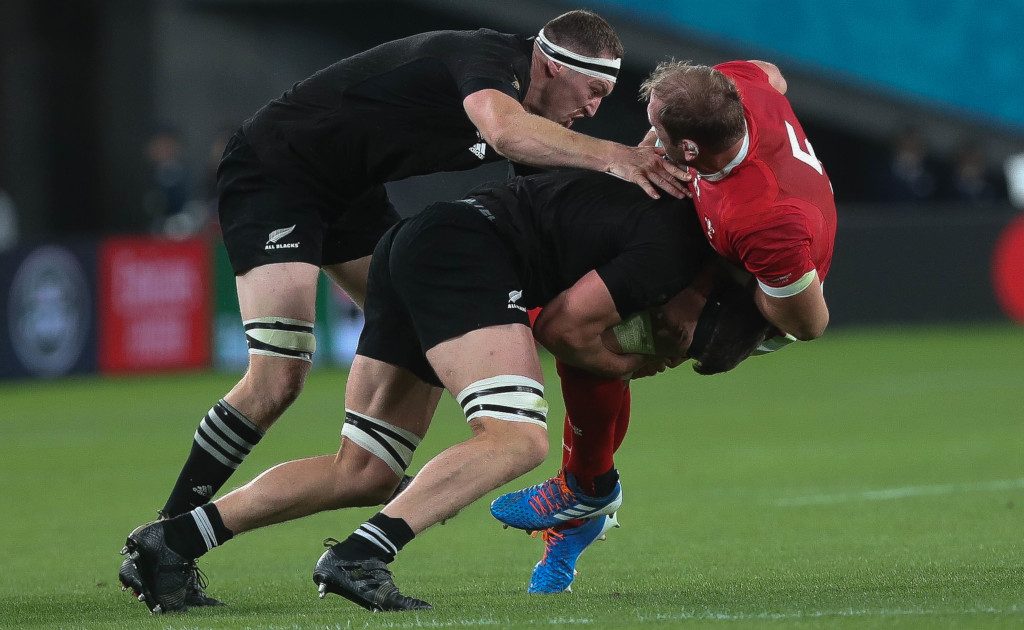 Among a flurry of red cards a month or so ago was one meted out to All Black international lock Scott Barrett for a high shot on Blues prop Alex Hodgman.

The red card was one of the clearest of all this season, and got a curt assessment from Barrett’s Crusaders head coach Scott Robertson at the time: “They’re the rules, eh. He’s got to be better technically.”

Barrett took the words to heart during what he called a ‘long three weeks’, which included, among other things, taking advice from All Blacks mental skills coaches Gilbert Enoka and Ceri Evans, who reached out to him.

“I had to work of my own things out, with tackle technique and building confidence back up,” said Barrett to Stuff.

“Something like that you can internalise it, and over-analyse things, which naturally I can do.”

“They (Enoka and Evans) broke down the issue in itself and helped step out any processes that could help me from not falling into a foul play trap, or whatever might be in the future.”

Crusaders defence coach Tamati Ellison gave Barrett some technical advice too, including adjustments to body height and preparedness to compensate for Barrett’s 2m of height.

“Those things have helped me build my confidence back up to where it needs to be,” concluded Barrett.

“The ball carrier’s going to be adjusting late, so it’s being able to pick up on those cues as a tackler, having your arms ready. It’s just little habits, like having my hands up at training all the time.”