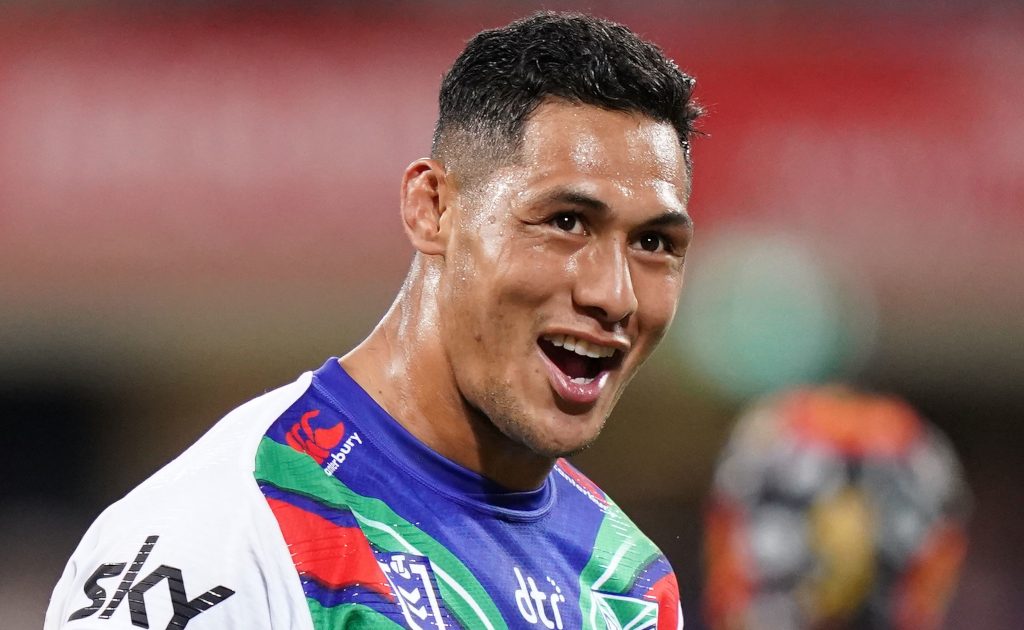 Tuivasa-Sheck was the franchise’s big-name signing ahead of the 2022 season after becoming one of rugby league’s best players.

The talented back does have plenty of experience in union, however, having played it up until his late teens, before he was picked up by the Sydney Roosters in the NRL.

MacDonald has been impressed by the 28-year-old’s transition back into the sport and he is in contention to feature in their Super Rugby Pacific opener.

“He trains every day like he’s playing a game with his intensity and his contact,” the Blues head coach told reporters.

“They must do a lot of contact in league because he never shies away from it, right from the first warm-up drill, so that’s not an issue.

“We try and train so we’re replicating games as much as we can, so we can sit down with Roger and talk through the pictures, but, until we go live and he gets some minutes under his belt, he’ll feel a lot more comfortable for where he’s at and we can also help him fill those voids, if there is any.”

Tuivasa-Sheck was a full-back or wing in rugby league but the Blues are looking to play him more in-field in union.

The head coach believes that inside centre is a good fit and he could well feature in that position when the Auckland franchise begin their campaign against Moana Pasifika on February 18.

“That’s where we’re playing him. I think he looks good there, really good there,” MacDonald said.

“He likes being in the middle of the play, he likes to have the ball in his hands, he’s able to take the line on, he enjoys that, and he loves the physicality, so he’s enjoying the defensive side as well. At the moment, it looks like it suits him.”

The Blues have two pre-season games to find Tuivasa-Sheck’s best position but MacDonald is just looking forward to seeing how the ex-rugby league star performs.

“Like I said, I think he just wants to get out there and play a game of rugby, because it just feels like forever. He’s had the carrot dangled in front of him a few times, and it just keeps getting pulled out from his feet, so he just wants to play.”