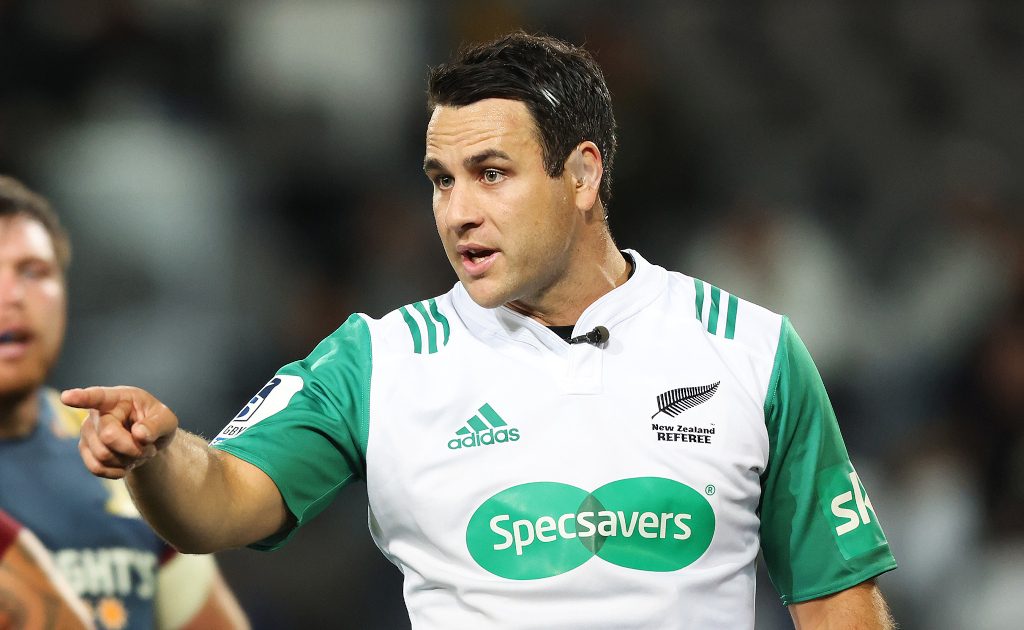 A New Zealand Rugby initiative will see the country’s Super Rugby franchises all training with referees assigned to them by the national union this year.

Each franchise has been given one official, with Brendon Pickerill joining the Blues, Mike Fraser the Chiefs, Ben O’Keeffe the Hurricanes, Paul Williams the Crusaders, and James Doleman the Highlanders. Each official will not be allowed to referee his own team during the competition.

The reaction to the initiative has been positive, with Blues coach Leon MacDonald particularly vocal in his support.

“Those referees have it difficult. They train by themselves, all their running, their fitness, their reviews, are all done at home by themselves. He’ll [now] get into the middle of our training, and he can look at pictures and review them like we do as players and coaches,” he said to Stuff.

“He’s got the same opportunity to prepare every week as a player does, which is going to make him better. It’s a great initiative, and a positive move,” he said, also pointing to the law expertise available at training on a regular basis.