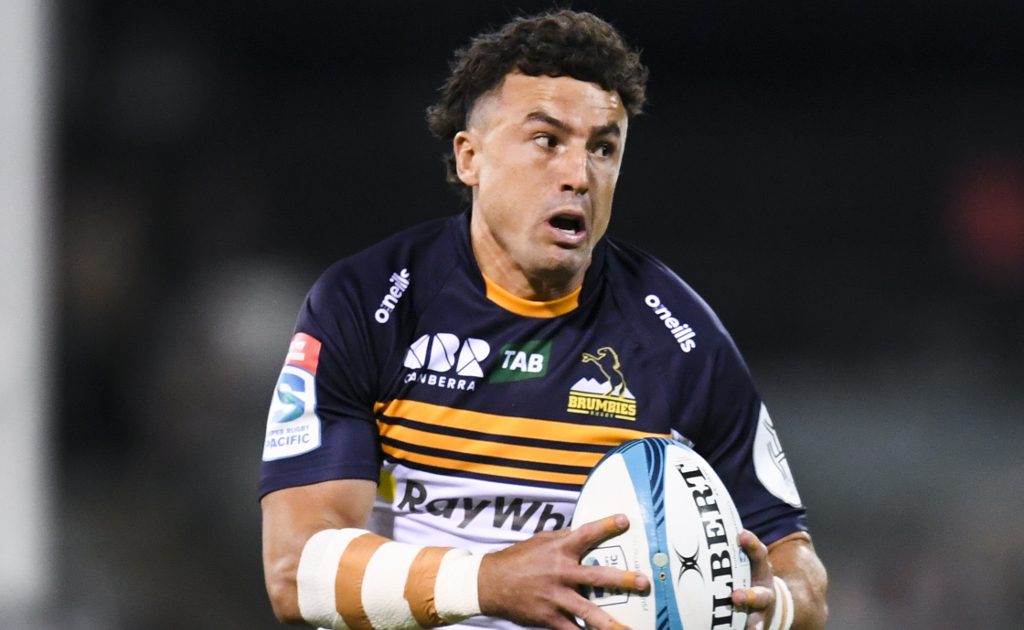 Wallaby Tom Banks becomes the latest to take up a contract in the Japanese league with reports of a substantial deal signed ahead of next season.

It puts Banks’ inclusion at the 2023 Rugby World Cup in significant doubt unless he is one of the Giteau Law picks, which would be unlikely.

The full-back was under no illusions that the move would short-side his Wallabies chances after conversions with outgoing Brumbies coach Dan McKellar, incoming head honcho Stephen Larkham and Australia boss Dave Rennie.

However, he felt it was the right time to experience a different brand of rugby.

“I would be lying if I said it was an easy decision,” Banks told the Herald. “But I had [a] good support network around me to help make the call, and I feel like it is the right time.

“I am not 21 any more, and you only have a short time in rugby. It is a chance to experience something else. I have been in Canberra now for six years and I haven’t really experienced any other type of footy.

“Even though I have absolutely loved it here, you only have a short time in footy to experience other things, so when the opportunity came to go, it was tough. It was one of the toughest decisions I have ever had to make. I had to weigh up everything.

“It was really tough but I am happy, and I think I have made the right decision.

“It was a long process and I am glad I took my time, you don’t want to rush a decision like that.”

Despite essentially ruling himself out of the World Cup, Banks is still expected to play a role for the national side when they welcome England for the three-match Test series in July.

“Speaking to ‘Rens’ [Rennie], he was quite upbeat about this year and what that looks like,” Banks said.

“Obviously we have a couple of massive weeks coming up at the Brums, which has my sole focus right now. But yeah, moving forward, if I was lucky enough to get picked for that England series, I would be more than keen and excited to play in that.”

Banks is looking to grow as a person and a player in Japan but says he will jump at any chance to represent his country.

“That’s my thought process around that – obviously I will go over there, and continue to grow my game,” Banks said.

“And if the opportunity came to come back and play for Australia, I’d jump at it. Obviously, I know that’s going to be tough, there is a lot of talent in Australia and overseas, but I will just be doing all I can and leave it up to the coaches.”