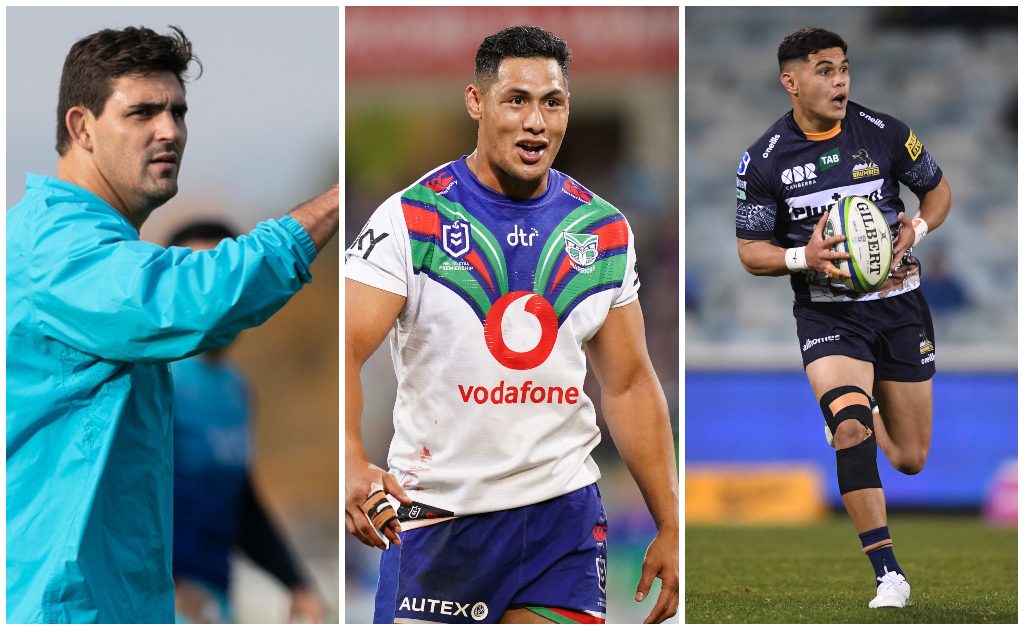 Ahead of the inaugural Super Rugby Pacific campaign we pick out the players to watch in 2022, including an outstanding Argentine and two Aussies with points to prove.

There has been notable changes in most squads with several players on the move. Here is our shout at the players that will stand up in the competition’s first season.

The bruising Argentine has gone against the grain by sensationally signing for the Crusaders. Matera was only unveiled in January by coach Scott Robertson and he is raring to go. The loose forward is no stranger to Super Rugby having powered the Jaguares to a Super Rugby final against the Crusaders in 2019.

Standing at 193 cm and weighing over 100kg, Matera is a physical presence and uses his stature to carry the ball hard at the game line, often with success. Add to that is an elevated game awareness allowing him to link up with players around him in and around the defensive line. This will be further encouraged by Robertson at the Crusaders as in typical New Zealand fashion they are looking to keep the ball alive to stretch defensive structures. Matera also boasts huge quality at the breakdown, is immensely strong over the ball and is a threat if the opposition is not clinical at ruck time.

Above and beyond his playing ability, Matera is a competitor in the truest sense of the word. He always wants to win, to have the edge on the opposition, and that not only lifts his game but those around him, which is what makes him a strong leader.

It is a scary thought to see the rampaging Argentine run out in Crusaders colours as it seems inevitable for him to excel. Unfortunately, he has been unable to play rugby for a significant period and it will take time to adjust but a player of his quality will brush that off fairly quickly and he could well become a vital cog in the trophy-laden Crusaders outfit. Expect him to excel.

One of the most eagerly-awaited debuts in some time. The code-hopping New Zealander has been a force to be reckoned with in rugby league but he makes the shift with a dream to represent the All Blacks. Blues coach Leon Macdonald sees his best fit at inside centre which suits Tuivasa-Sheck’s skill set. He is a hard runner with a brutal sidestep and immaculate ball skills. The Blues camp has nothing but praise for Tuivasa-Sheck, notably his professionalism, attention to detail and his willingness to learn.

There is no doubting the sheer talent of Tuivasa-Sheck, the only question is how quickly he will adapt to rugby union. Considering he has played a great deal of union growing up, representing New Zealand schools, it would be expected that he would be able to adjust fairly quickly. This could be made easier by playing outside of star fly-half Beauden Barrett, providing he recovers from his head injury in time. Barrett’s experience will be beneficial to Tuivasa-Sheck and could fast track his development. It is hard not to expect an elite performer like Tuivasa-Sheck to hit the ground running and start catching Ian Foster’s eye.

Another code-hopper, Vunivalu offers brutal pace and free running. Despite being linked to a return to the NRL, the winger takes his place in the Reds squad for the Super Rugby Pacific season. Prolific in both forms of the game he has scored five tries in his seven appearances with the Queensland side and was even drafted into the Wallabies training squad by Dave Rennie shortly after making the initial switch to union. There is no denying his ability to attack and beat defenders out wide or in one on one situations.

The Reds will be looking to use Vunivalu as a strike player, someone who can power them through the tournament with his tries. Once again, there is no doubting the talents of the wing, it just remains to be seen how long he can stay fit after struggling with hamstring injuries since making the move to the 15-man game. If Vunivalu can stay on the field he is a game-breaker, a player with x-factor that can make a marked difference to the Reds’ attacking output.

The young Brumbies fly-half will have been frustrated after being left out of the Wallabies squad at the end of last season. Lolesio was fast-tracked to the national side where he made his debut at the tender age of 20 against the All Blacks in a Test that was perhaps a bit too soon for him.

However, the young playmaker quickly bounced back to settle at Test level, typified by a clutch last-minute penalty against France to snatch the three-match series in 2021.

Coach Dave Rennie has been concerned about how well Lolesio defends his channel and urged him to gain some pounds to do so. Subsequently, he was left out of the Wallabies squad late last year.

Lolesio has shown immense talent and game awareness, but he will also have a point to prove. It is lining up as his best chance to stake a claim for the Wallabies fly-half berth. He has played at the highest level where he was taken apart, then bounced back to produce good performances. Now he will feel as if he can impose himself on Super Rugby Pacific and start dominating games from pivot. Experienced scrum-half Nic White will be crucial to Lolesio and for the Brumbies if they are going to have any chance against the New Zealand sides.

One of Super Rugby Pacific’s newest recruits, Fijian Drua have drawn from their key strengths in rugby by signing three sevens specialists with Olympic golds on the resume in Napolioni Bolaca, Kalione Nasoko and Meli Derenalagi.

The effects of these signings are already evident in their pre-season with Drua showing off their attacking flair and offloading ability, assets they will need to call on to negotiate their first season against more established teams.

Bolaca is a prolific player and was the top points scorer in the 2019-2020 World Rugby Sevens Series. His complete skill set and running ability will be a huge asset for Drua.

They bring in leadership through Nasoko, who captained the Fijians sevens and has a wealth of experience. He could be crucial in the development of the team culture for the new side.

Derenalagi also adds to the leadership group having also led the Fijian Sevens and has become famed for his offloading ability, a skill he has used many a time to unlock defences.

The prospect of having all of these sevens superstars makes for exciting reading, although the transition to the full XVs game can be tricky to master. Only Derenalagi is involved this weekend, but all three should make their mark at some point this season. It is a proud moment for Islanders to have teams in Super Rugby and expect the players to play hard and with passion, but it will be interesting to see how quickly the superstars will adapt.

READ MORE: Five storylines to watch in 2022 including the progress of Roger Tuivasa-Sheck