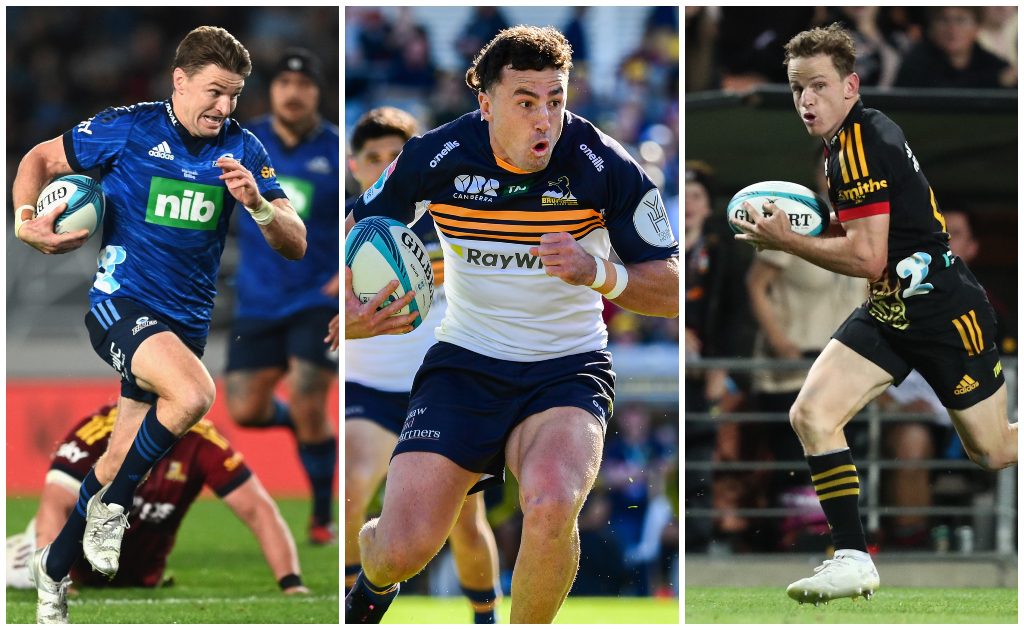 After the first ever Super Rugby Pacific quarter-finals, Planet Rugby breaks down the key performers from a thrilling weekend of rugby.

The Blues dominate the line-up after continuing their scintillating run of form whilst several Brumbies players feature after their dramatic win over the Hurricanes.

15 Tom Banks (Brumbies): The full-back was instrumental in the Brumbies’ dramatic victory by charging down Salesi Rayasi’s kick late in the game, forcing the wing to commit a cynical penalty on the ground that had the Hurricane sin-binned before the Australians scored the decisive try. Banks claimed a try of his own as one of his seven carries. Josh Moorby and Will Jordan also played well in try-scoring performances.

14 Tom Wright (Brumbies): The wing added to his try tally, taking his total to nine, only one behind the top scorers in what has been a season to remember for Wright. The speedster made five tackles and won a turnover in a critical contribution for the Canberra side, the only Australian team to advance to the semi-finals. Sevu Reece earns a mention after scoring a sublime try.

13 Rieko Ioane (Blues): The All Black continues to grow in the outside centre role and produced a blockbuster performance in a venomous Blues backline. Ioane was instrumental in attack with two try assists, making just short of 70 metres in nine carries. The 25-year-old is on his way to establishing himself as the most electric 13 in world rugby.

12 Roger Tuivasa-Sheck (Blues): As one of the most discussed players this season, code-hopping Tuivasa-Sheck finally produced the performance fans have been waiting for. The centre scored his first try whilst playing an instrumental role in another. Performances like this justify the talk of an All Blacks call-up for the freakishly talented star.

11 Dylan Pietsch (Waratahs): The Waratah has grown in confidence throughout the season and produced a brilliant performance, including a stunning acrobatic finish. Pietsch looks like a quality wing with a good turn of pace, breaking the line on one occasion whilst winning two turnovers. Filipo Daugunu played brilliantly for the Reds in a losing cause.

10 Beauden Barrett (Blues): The playmaking supremo produced the goods yet again and is picked ahead of Crusaders star Richie Mo’unga, who scored 22 points. Barrett was at his brilliant best, scoring two tries and setting up another. The 31-year-old is blossoming in a lightning Blues backline and has re-established himself as the premium playmaker in Super Rugby Pacific.

👌🏽 When big name players stand up, you just gotta sit back and admire.#SRPFINALS #BLUvHIG pic.twitter.com/yQS5EZ4W3d

9 Brad Weber (Chiefs): The All Black scrum-half was sublime in the Chiefs’ win, scoring two tries in a typically busy performance. Weber’s performance was well above any other in his position, leading his team from the front in a near faultless display.

8 Hoskins Sotutu (Blues): The number eight earns his selection through sheer work rate. Sotutu made 12 tackles and won a turnover whilst carrying the ball nine times. The All Black has found a new level of consistency and was key in linking between the forwards and backs, ultimately allowing the potent speedsters to express themselves.

7 Luke Jacobson (Chiefs): The flank produced yet another good performance in a very consistent season. Jacobson scored a try and notched up a whopping 12 carries. In addition, the All Black’s defensive work rate was impressive, making 13 tackles en route to a solid win by the Chiefs.

6 Akira Ioane (Blues): The robust flank announced his full return from injury with a powerful performance that included a try, set up by brother Rieko, whilst carrying the ball 13 times. The dynamism on attack that Ioane provides is key for the Blues in transition and the loose forward has put his name in the All Blacks hat yet again.

5 Josh Dickson (Highlanders): The second-row was one of the few shining lights for a well-beaten Highlanders side. Dickson made 13 tackles, nine carries, and one turnover in a hard-working performance. Waratah Ned Hanigan lost out but produced a notably industrious outing.

4 Brodie Retallick (Chiefs): The veteran is seemingly ever-present in teams of the week by virtue of how few mistakes he makes. Retallick made nine tackles, but his influence on the Chiefs’ forward pack is what earns him a place in the team of the week. The tight five is always more organised with the All Black in the fold.

3 Allan Alaalatoa (Brumbies): The Brumbies captain made a whopping 11 tackles in a memorable win for his side. Alaalatoa led the side brilliantly, keeping his players in the game until the very end. The defensive work rate of the prop was unmatched and justifies his selection.

2 Folau Fa’ainga (Brumbies): Fa’ainga scored a vital try from the back of a maul against the Hurricanes whilst providing solidity at set-piece time. The hooker made six tackles in an impressive performance in a crucial knockout game to see off Codie Taylor here.

1 George Bower (Crusaders): The prop showed an incredible work rate, making eight tackles and notching up six carries. At scrum time, the Crusader was impressive and provided the platform for the team to kick on and get the job done against an out-powered Reds side. The All Black continues to grow in stature and will be one to watch for the semi-final.