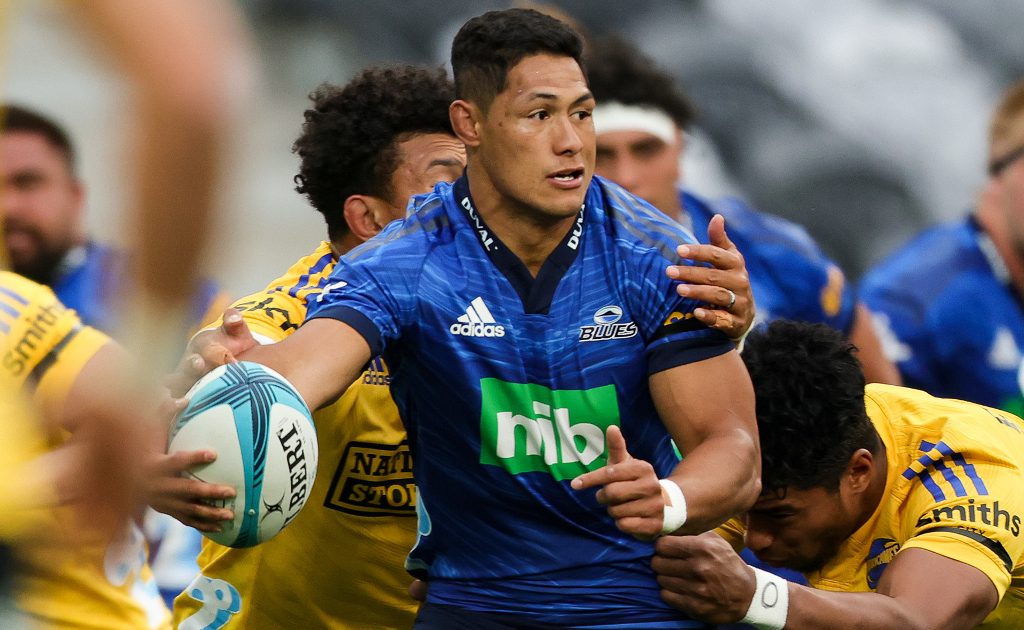 The Blues will get no tougher litmus test on their progress than their Good Friday encounter against the Crusaders in Christchurch.

The Auckland-based team bagged three wins in their challenging three-game schedule in a week, before resetting with an impressive 25-0 victory against the Chiefs in Hamilton.

The Blues take a largely unchanged team south from that which recorded that shutout against the Chiefs last weekend with the big news being the return via the replacements bench of former rugby league star Roger Tuivasa-Sheck from a shoulder injury and New Zealand prop Nepo Laulala from suspension.

The pack remains unchanged, with All Black Ofa Tuungafasi starting at tighthead prop after a superb performance in Hamilton. Kurt Ekland continues at hooker while On the other side of the scrum is Alex Hodgman, who is returning to the form that earned him an All Blacks call-up in 2021. After making nine appearances for the Crusaders, Friday’s clash will bring Hodgman within one game of 50 for the Blues.

There will be plenty of eyes on the experienced Luke Romano, who played in 137 games for the Crusaders before joining the Blues where he has made a big impact on and off the field this year.

There are a couple of changes in the backline with All Black scrum-half Finlay Christie, who was a late withdrawal with a muscle niggle shortly before kick-off against the Chiefs, returning to replace Sam Nock. The other alteration is on the wing where AJ Lam gets a start after shining off the bench on Saturday.

The Blues have had a short turnaround ahead of heading to Christchurch to complete the New Zealand segment of the Super Rugby Pacific tournament before they refocus across the Tasman.

“We packed the three games in seven days into one basket, and then coming off that, our away game win over the Chiefs. The short week to take on the Crusaders is our next challenge to give an accurate measure on our progress,” said Blues head coach Leon MacDonald.

“It does not get any tougher than the Crusaders in Christchurch and we would not want it any other way.

“We need to lift again this weekend,” said MacDonald. “We can’t afford to be down to 13 men against the Crusaders. It’s the same simple game – a good platform to provide go-forward ball; be physical at the collision with and without the ball and play what is in front of us.”