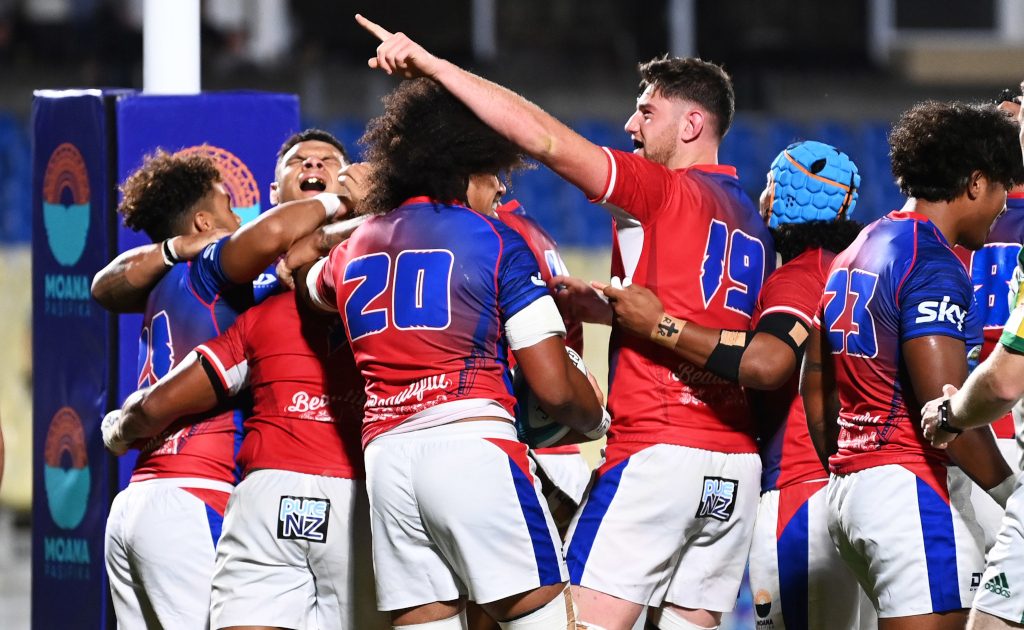 Newcomers Moana Pasifika claimed their first ever Super Rugby Pacific win with a 24-19 victory over the Hurricanes in golden point extra time.

The Hurricanes dominated the opening exchanges claiming the majority of the territory and possession in the first half, with Jordie Barrett going over for a try after just six minutes.

However, the hosts were inspired on the field and levelled the scores by half-time with their own try scored by Henry Stowers.

The teams traded blows in the second half with tries from Hurricane Josh Moorby and Moana Pasifika’s Levi Aumua before the Wellington-based side took the lead through an Alex Fidow try.

The game seemed to be over for the Super Rugby Pacific debutants before they levelled the scores in dramatic style with a very late Solomone Funaki try taking the game into golden point extra time.

Against the run of play, Moana Pasifika had an opportunity with Danny Toala hacking the ball forward to score a historic try.

The new side has had a rocky start to life in the competition with multiple postponed games and being dominated by other teams as they looked to find their feet, but the potential of the side was never lost on captain Sekope Kepu.

“We had to work hard from last week and we showed pride and passion,” he said after the game.

“We worked really hard in the pre-season and we knew we had it in us. We just had to string it together tonight.”