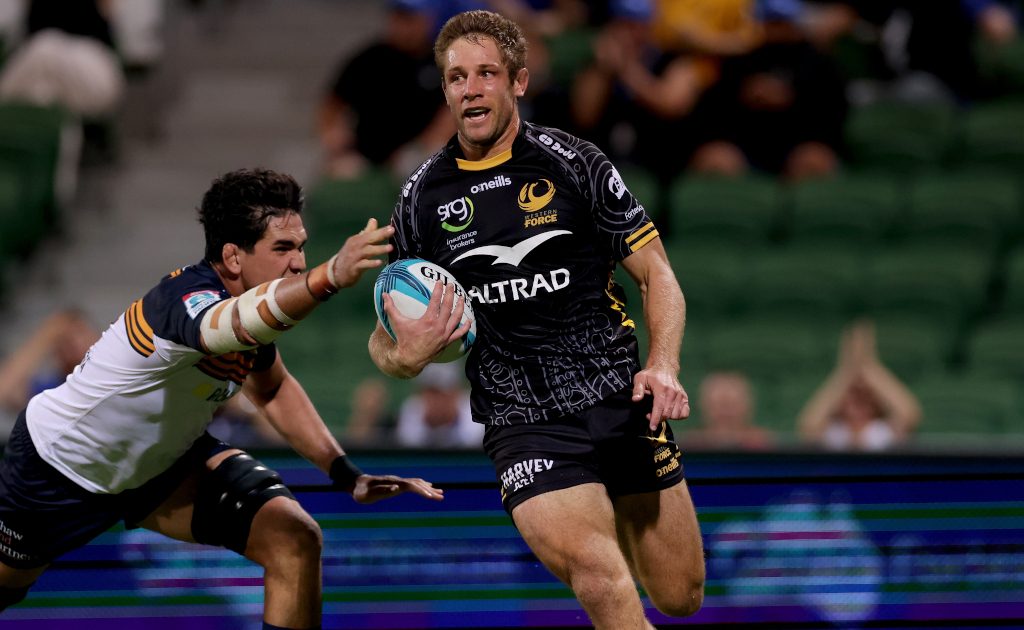 The Western Force claimed a 48-28 bonus-point win over Moana Pasifika at Mt Smart Stadium in Auckland on Tuesday.

Force hooker Andrew Ready opened the scoring in the ninth minute before Moana Pasifika’s Tima Fainga’anuku responded three minutes later with a converted try before bagging his second in the 23rd minute. However, the Western Australians had the last say in the first half, with Jake McIntyre and Byron Ralston crossing the line before the interval.

The game opened up in the second period with Force winger Toni Pulu scoring four minutes after half-time before McIntyre completed his brace six minutes later.

Moana Pasifika immediately responded through an Ezekiel Lindemuth try, only for the Force to add an Ian Prior penalty to build scoreboard pressure.

The teams then traded tries with Force’s Jackson Pugh and Moana Pasifika’s Tau Koloamatangi crossing. However, the visitors pushed for a bonus-point score late in the clash and got it through the experienced Kyle Godwin.

The win takes the Western Force just three points off the play-offs with one round to go, giving them a slim chance of progressing.